Mt Velký Blaník is a venerated site in Bohemia, although there is no major explicit reason for this status. Located on top of the hill, the small fortification of the Late Hallstatt and Early La Tène Periods is reminiscent of an earlier type of fortified settlements with ritual function. Main remnants of the hillfort consist of two concentric stone banks without ditches. The hillfort´s centre was probably destroyed by construction of a medieval castle, to which the innermost rectangular bank and a platform are related. In the 15th century the mountain also served as a pilgrimage site; a century later the myth of the ‘Blaník knights’ first appeared. According to this legend, an army led by St Wenceslaus (Václav) is believed to be waiting inside the mountain to appear and rescue Bohemia during its darkest hour. 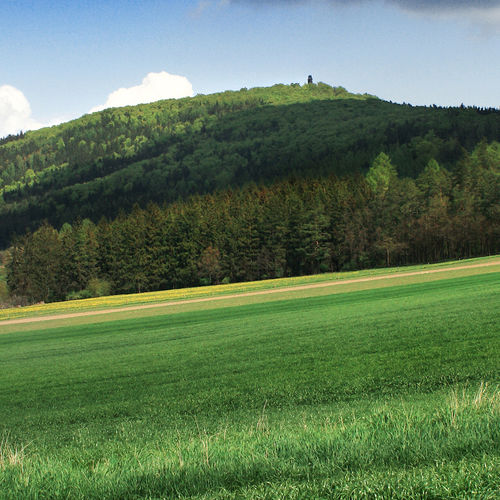 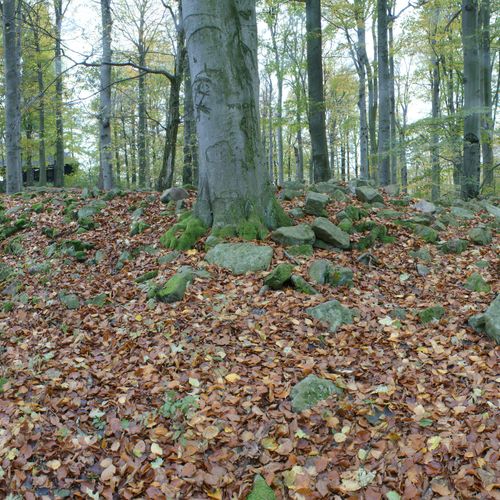 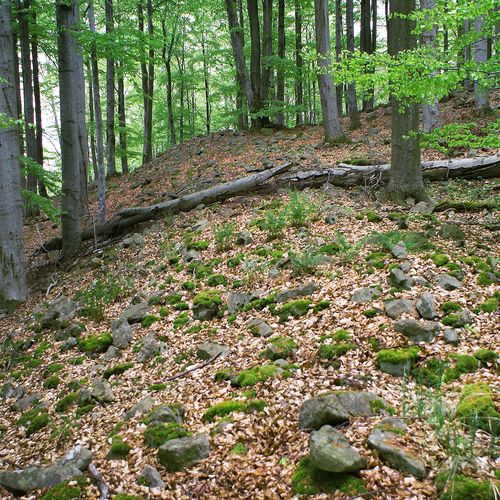 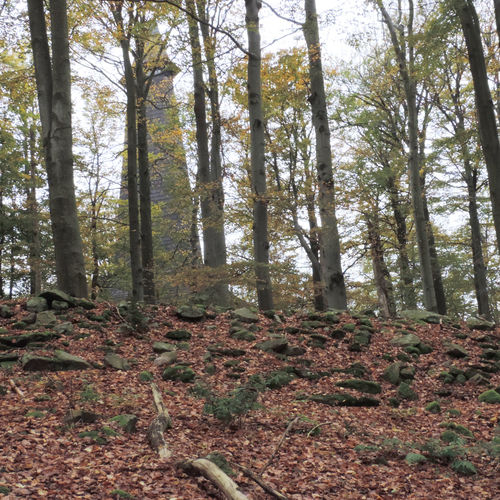 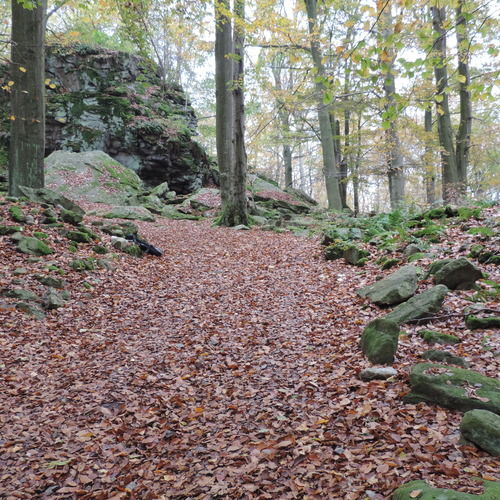 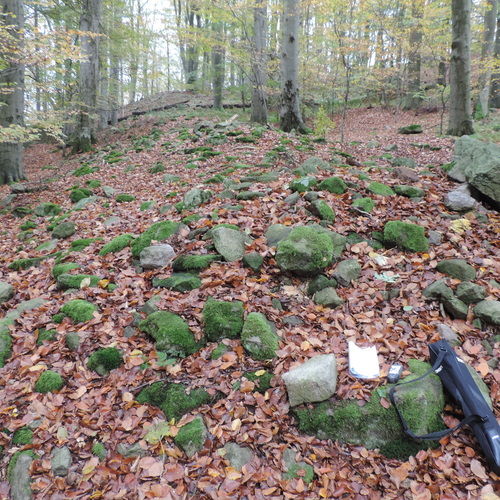 Outer bank on the hillfort's northern side.
Photo M. Kuna, 2014. 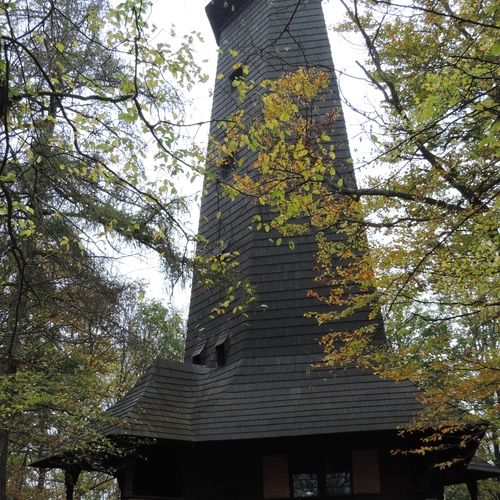 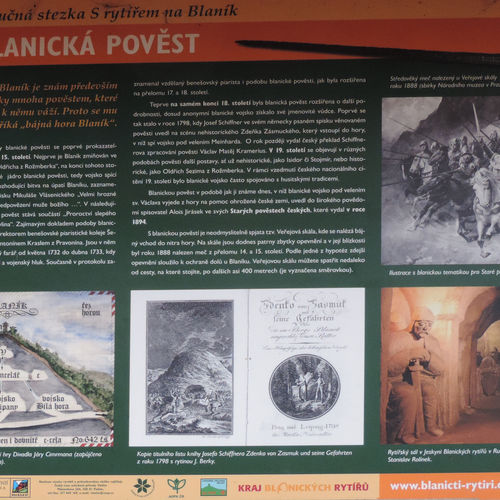 Information board on the so-called Knights of Blaník.
Photo M. Kuna, 2014. 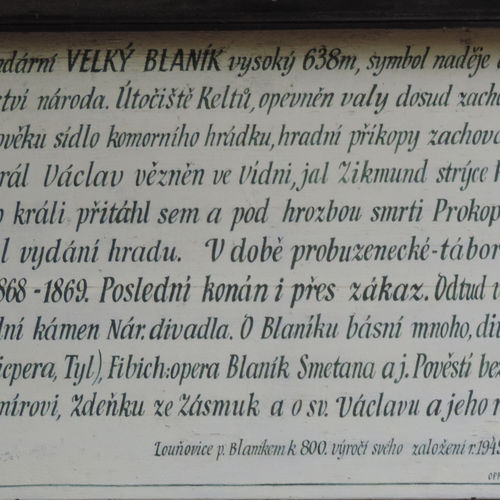 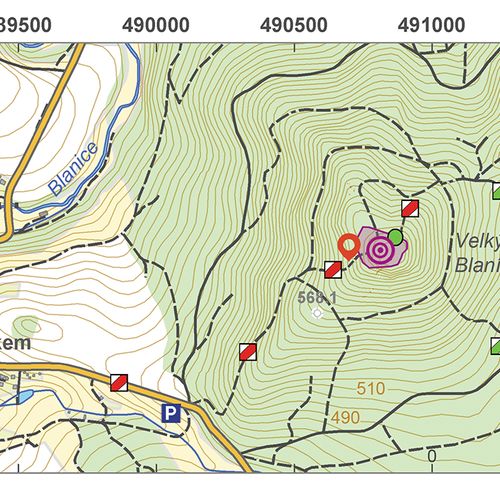 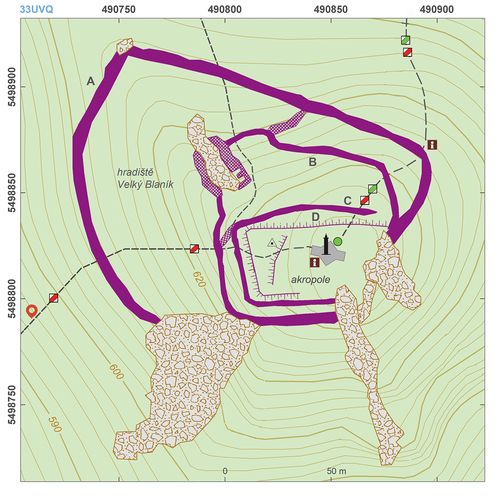 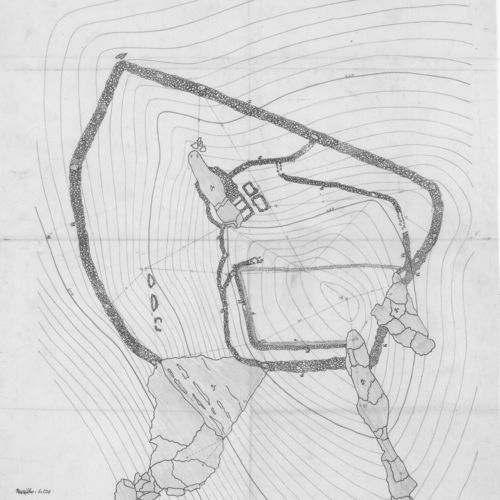