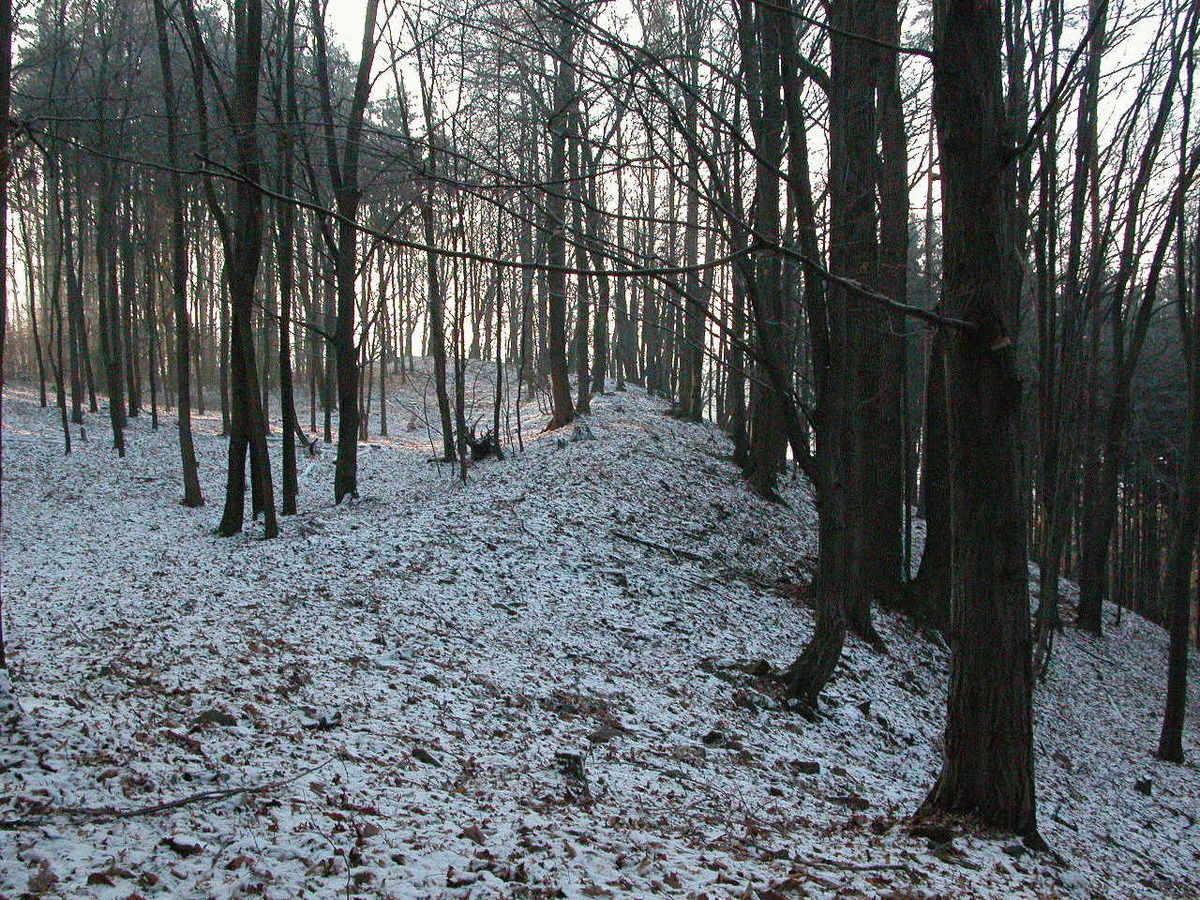 Part of the earthwork of Obersko hillfort.

The prehistoric hillfort of Obersko is characterized by relics of a fortification dating from the Final Bronze age to the Hallstatt Period. Discovered in the 2nd half of the 19th century, the first large excavation – including a section of the earthwork – was carried out in the 1st half of the 20th century. At the beginning of the 21th century, a field survey, including metal detectors, provided evidence of a settlement north-west and south-west of the fortified area. The hillfort shows an oval ground plan of 2.3 ha, and it is situated on a forested mound above the confluence of the Třebůvka and Radnička Rivers. From almost all sides, it is protected by an earthwork and ditch, best visible on the north and north-west side, where the earthwork still reaches to a height of 4–5 m, and the ditch is up to 1 m deep. The northern slope shows an additional outer earthwork. Today, modern technology, for example, aerial laser scanning, enables to distinguish features that would be invisible with the bare eye. 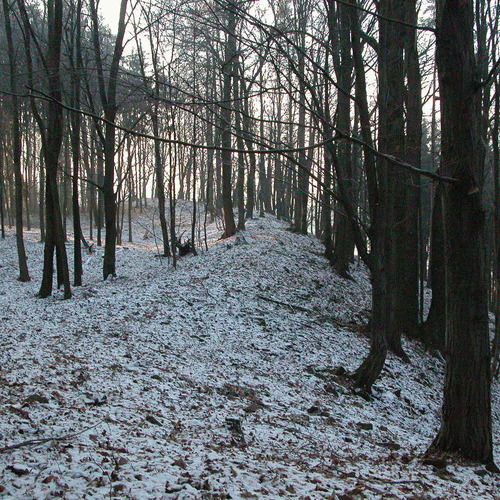 Part of the earthwork of Obersko hillfort.
Photo H. Dehnerová. 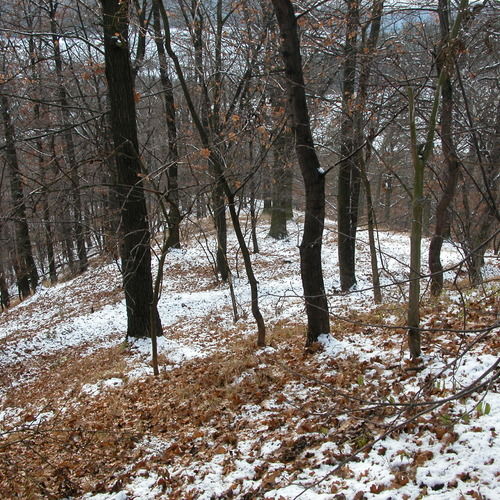 North part of the rampart on the west slope, view from th...
Photo H. Dehnerová. 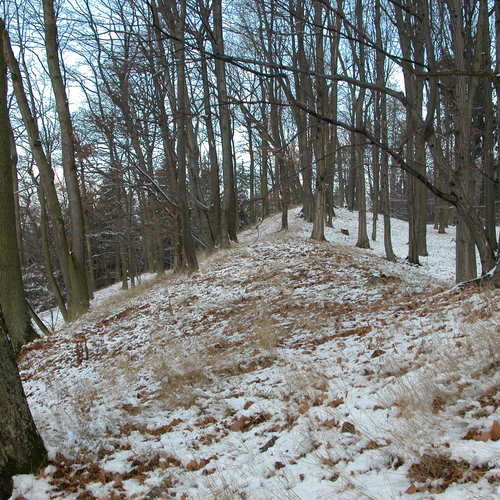 South-western part of the rampart on the west slope, view...
Photo H. Dehnerová. 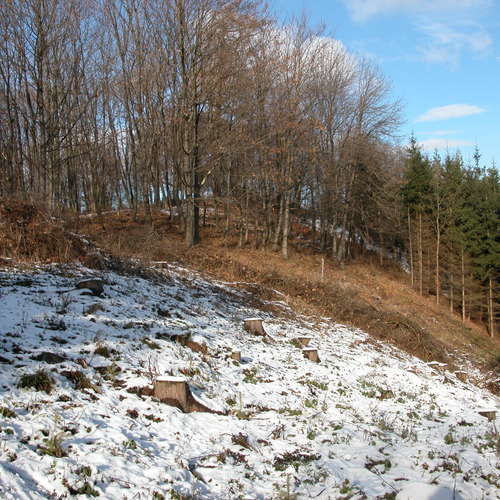 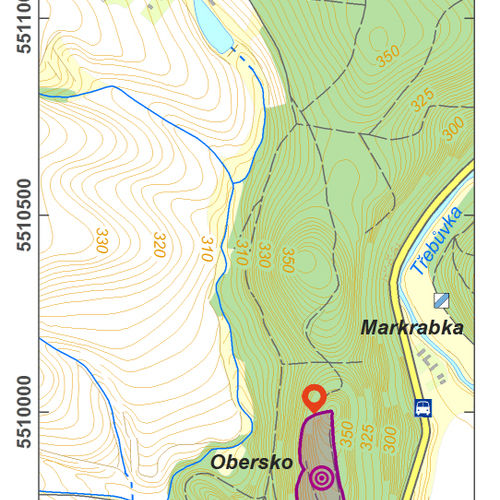 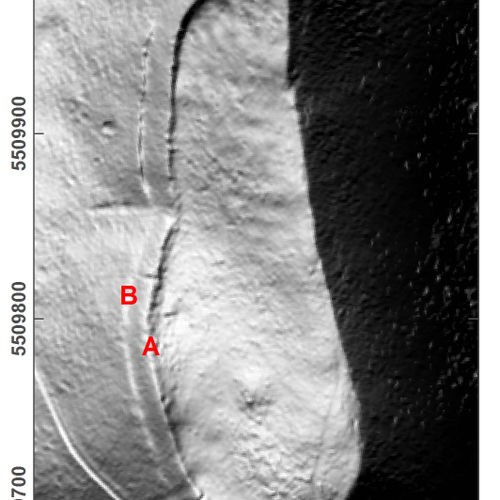