Panoramic view of the core of front castle with moat.

The medieval castle of Pustý zámek (also called Puchart, but correctly Potštát) belongs to a rather unusual type of castles, occurring in pairs but fulfilling all the functions of solitary castles. The castle played the role of a centre of the high medieval colonization of the Oderské vrchy (Odra Highlands). Its beginnings remain unclear and its decline is connected with the conquest of the small town of Potštát at the end of the 14th century. The lower ward, protected by a mighty earthwork and moat, contained a number of buildings and was larger than the upper ward. At the front, there was a tower with residential apartments behind its walls. The connecting path to the rear castle led along the ridge. The rear castle showed a rhomboid ground plan; its appearance was determined by a prismatic tower and a main residential building. The area has never been archaeologically researched, and therefore we lack any material sources connected with its beginnings. 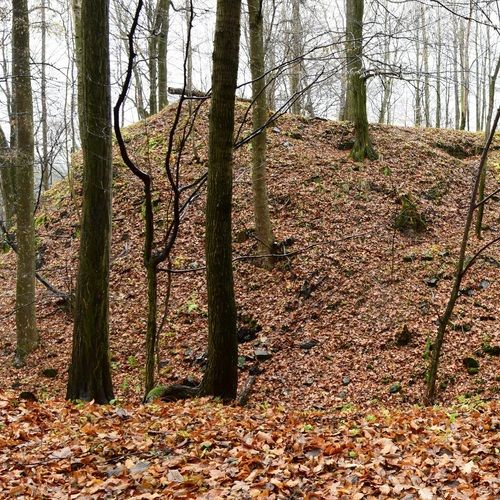 Panoramic view of the core of front castle with moat.
Photo Z. Schenk. 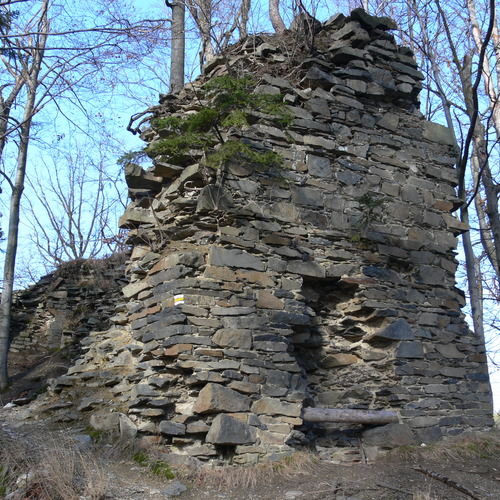 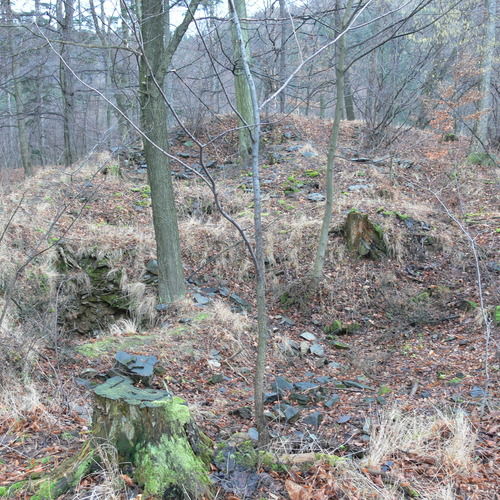 Remains of the buildings in the front caste.
Photo P. Bolina. 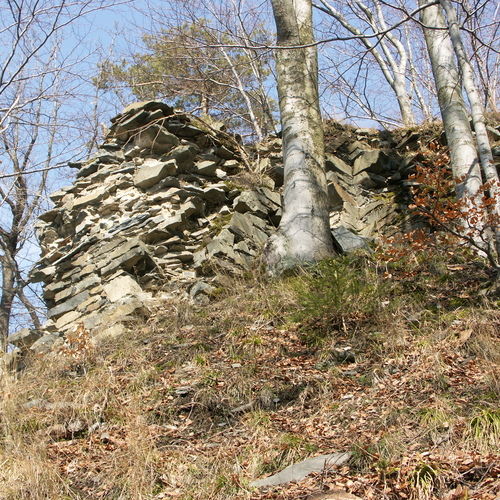 Front wall of the rear castle with the jambs of the gatew...
Photo P. Bolina. 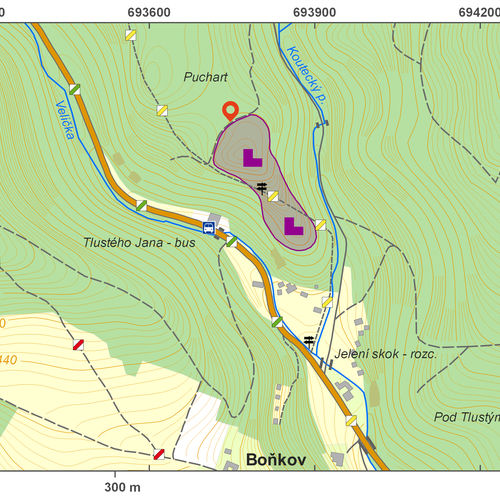 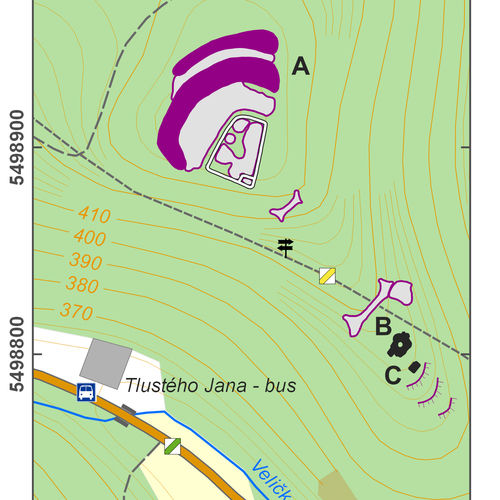