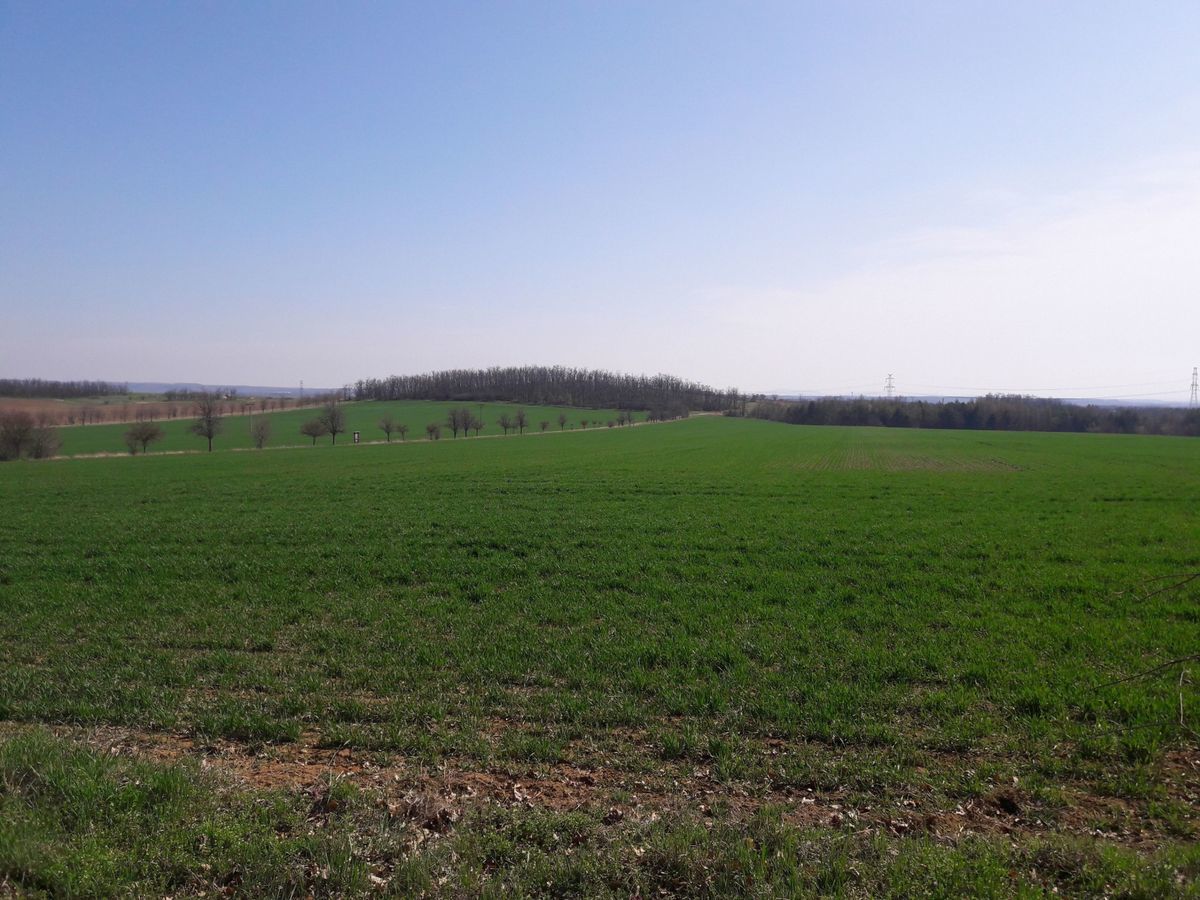 View of the Sutny site from the west.

Těšetice-Kyjovice is one of the most important sites in Moravian prehistory. Due to the discovery of a roundel — a circular ditched enclosure — the site has become internationally known as it was the first find of this type discovered in Central Europe. Systematic excavations on the border of the cadastral areas of Těšetice and Kyjovice started in 1956 and are still ongoing. The oldest remains of a settlement can be attributed to the Linear Pottery culture (Sutny site) while later traces stem from the Stroked Pottery culture and most extensively from the Moravian Painted Ware culture, which means from the time of the construction of the roundel. The settlement continued in the Eneolithic; a fascinating chamber tomb of a high-ranking member of the Bell Beaker culture was uncovered there in 2010. The nearby Vinohrady site yielded a cemetery of the Early Bronze Age Únětice culture and a settlement and cemetery of the Horákov culture from the Early Iron Age (Hallstatt period). 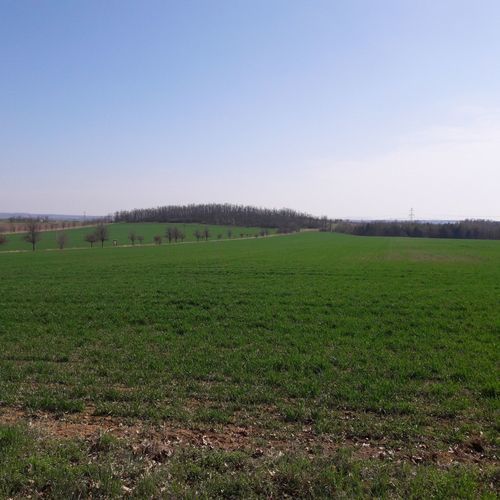 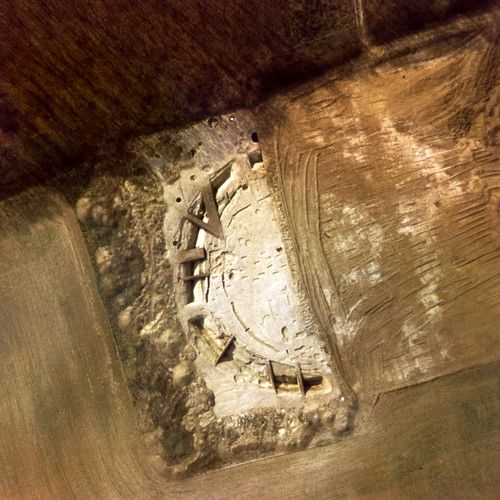 Aerial photo of the archaeological excavation of the Neol...
Photographic archive of the Geographical Institute of the CSAS Brno, 1973. 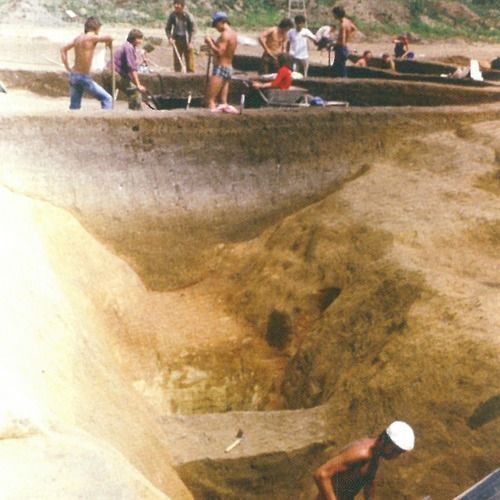 Working image of the excavation of the Neolithic roundel.
Photographic archive of the DAM FA MU. 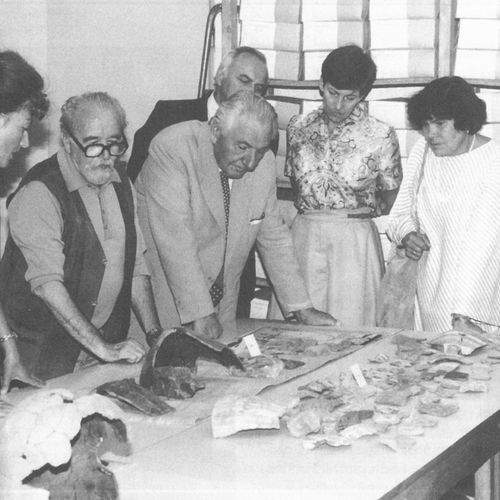 Presentation of the pottery finds during a visit by the a...
Photographic archive of the DAM FA MU. 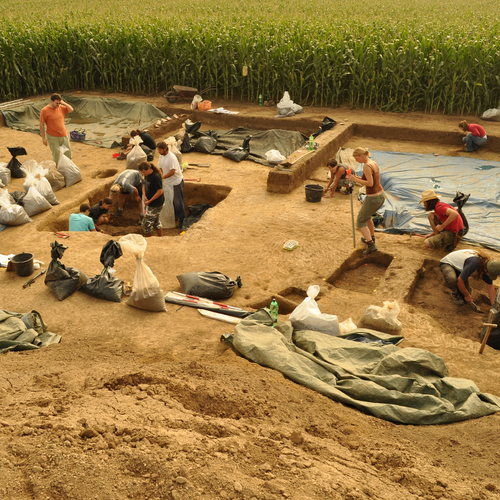 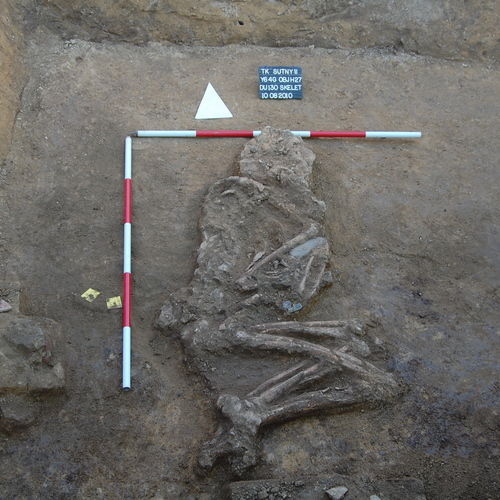 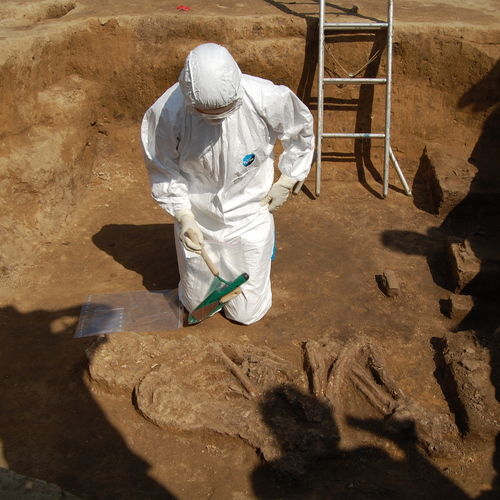 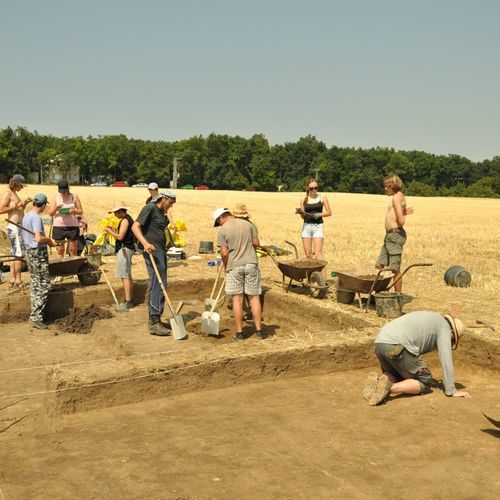 Working image from the archaeological excavation of one o...
Photo A. Čerevková, 2015. 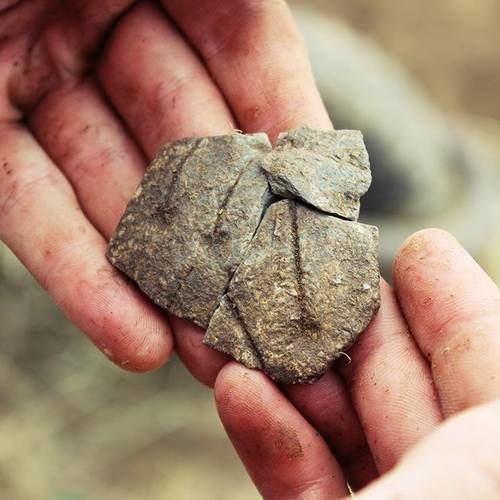 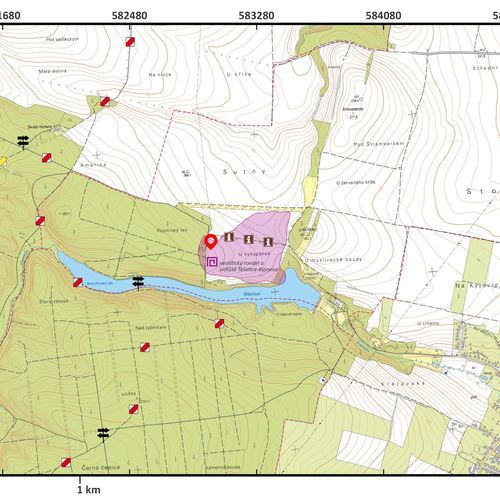 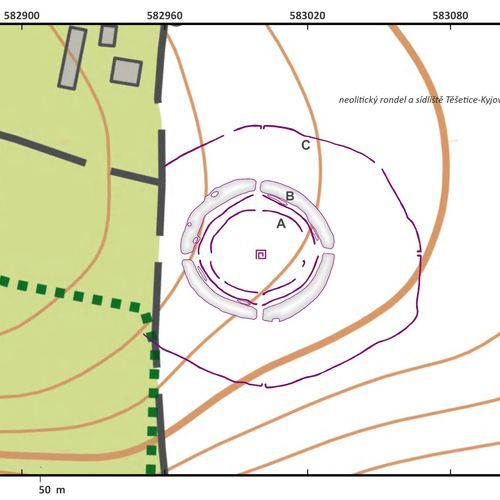 Plan of the Neolithic roundel from the time of the Moravian Painted Ware cult...
Edited by A. Gašpar, 2020.