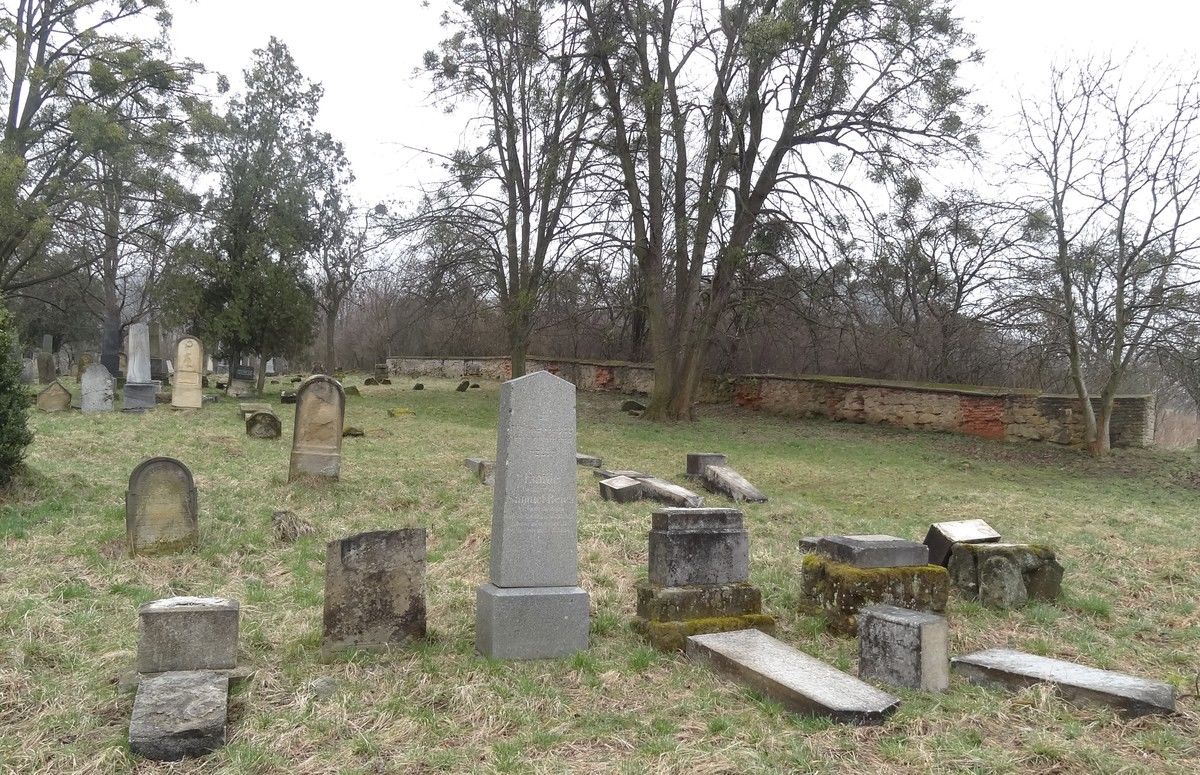 Preserved stone wall in the central part of the cemetery.

A Jewish cemetery above the settlement was founded in the 1st half of the 17th century, at a time, when the local Jewish quarter turned into a ghetto. After the number of their members diminished at the end of the 19th century, the religious community turned into a mere prayer association; before World War II, only a total of four Jewish families lived there. Most of the originally 26 houses have survived, but were remodelled. The cemetery contains 230 gravestones, the upper parts of which show the following motifs: Star of David, Cohanim Hands, Levite Pitcher and a wreath or a crown. The oldest gravestone stems from 1674, the latest from 1942. Apart from the gravestones, we can see the remains of the enclosing wall; the whole area is grassed and filled with trees. For some years, the cemetery has been being maintaining and is freely accessible. 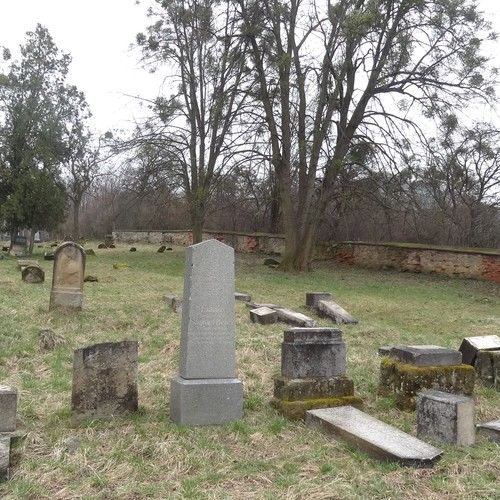 Preserved stone wall in the central part of the cemetery.
Photo A. Knechtová, 2015. 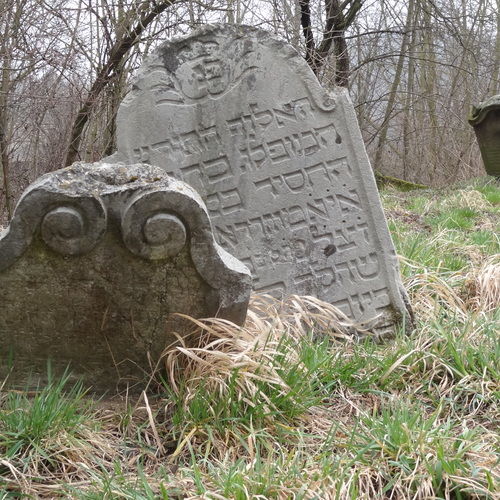 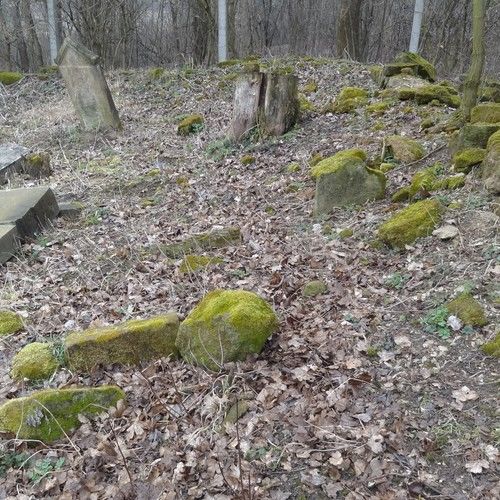 Stone debris from the graveyard wall.
Photo A. Knechtová, 2015. 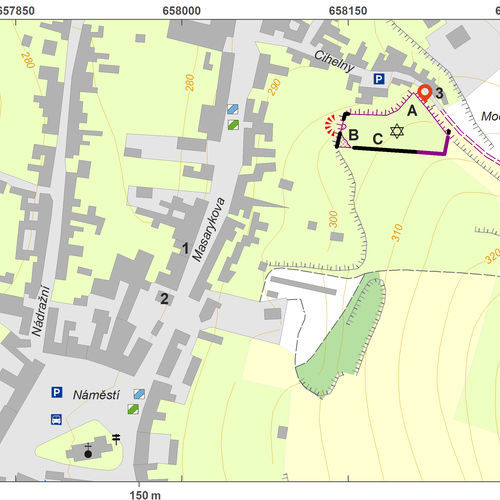