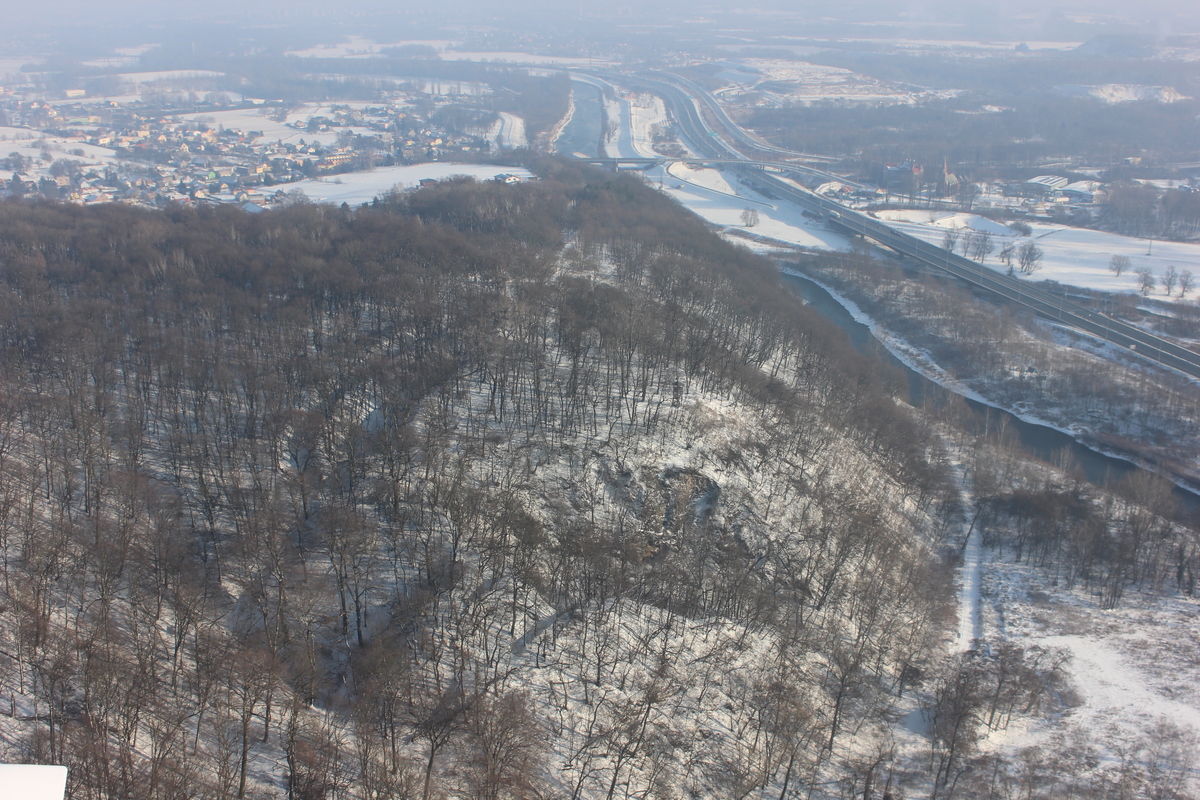 Aerial view of the western part of the mound with the remains of an early medieval hillfrot and a medieval castle.

The site is important through its position, which enabled to control the Amber Road. The south-west part of the mound was settled already by Palaeolithic hunters and has yielded the hitherto oldest evidence of the use of black coal. The site was discovered in 1923, and excavations were undertaken irregularly until the 1990s. Among the finds are a number of fire places, stone tools, remains of animal bones (e.g. of a horse, reindeer and mammoth), but mainly a female figurine, called the Venus of Petřkovice. The ridge of the eastern part of the site belonged to an early medieval hillfort from the 8th century and after the 2nd half of the 13th century a medieval manor; the castle disappeared in the 2nd half of the 15th century. This part of the area was excavated beginning 1924, and repeatedly until 1998. The inner hillfort area of 0.6 ha was encircled by a defence line consisting of two ditches and earthworks that were reused in the construction of the castle. Apart from a small relic of a wall from the upper ward, no other features have been preserved to date. 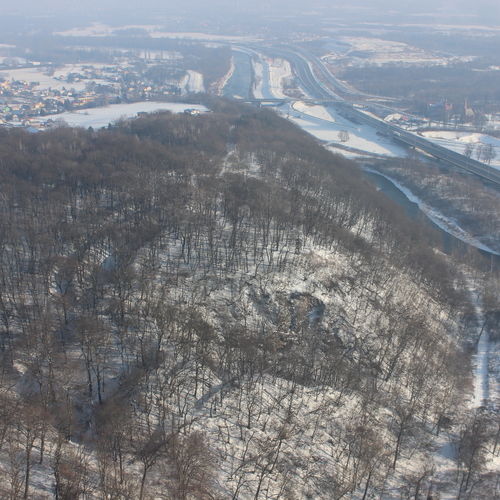 Aerial view of the western part of the mound with the rem...
Photo M. Zezula. 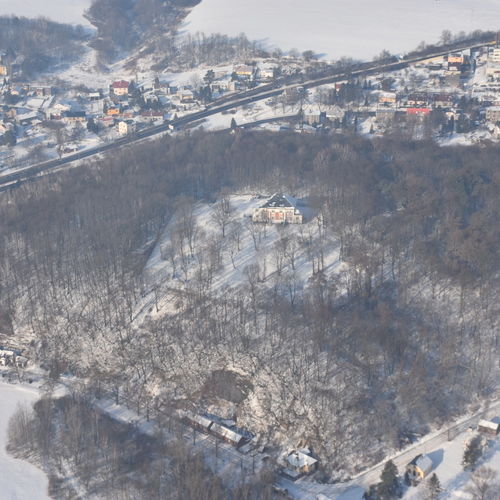 Aerial view of the eastern part of the mound.
Photo M. Zezula. 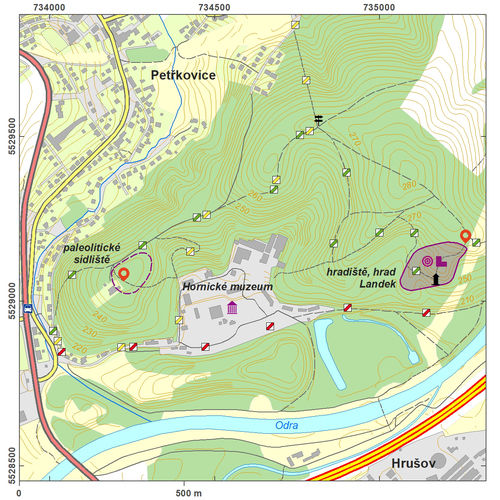 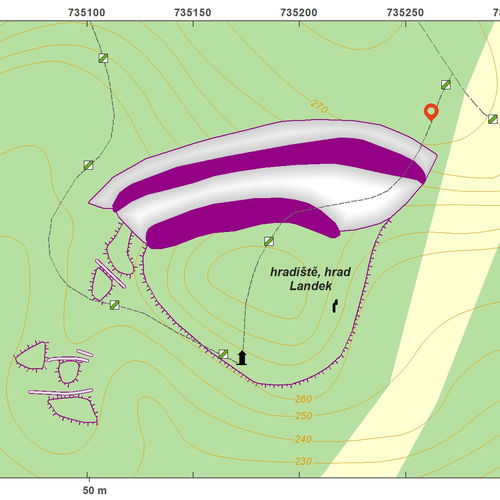