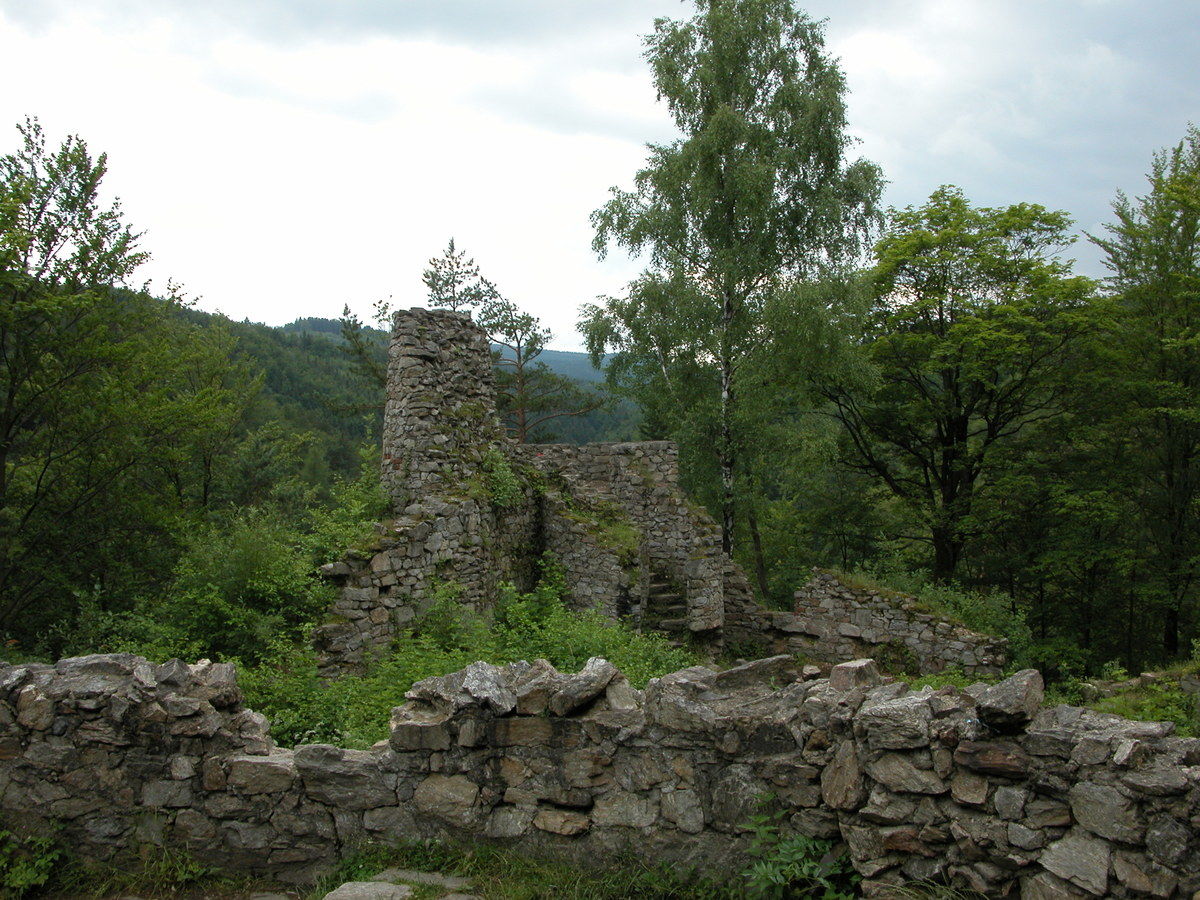 View of a modern outlook tower from the bergfried.

The ruins of the medieval castle of Rychleby are part of a system of fortifications in the land of Javorník. Together with Pustý zámek on the opposite side of the valley, the castle was established around 1300 to protect a trade route. Among the remains, uncovered at the beginning of the 20th century, are an upper ward, containing a single-winged building with residential apartments, a zwinger and an outer earthwork, which broadened into a surface with drawbridge and nearby gatehouse. Later, the castle area was extended by two buildings on the outside of the defence wall. Today, fragments of the buildings and fortification walls can be seen; recently, a lookout tower with circular ground plan and spiral staircase was erected. 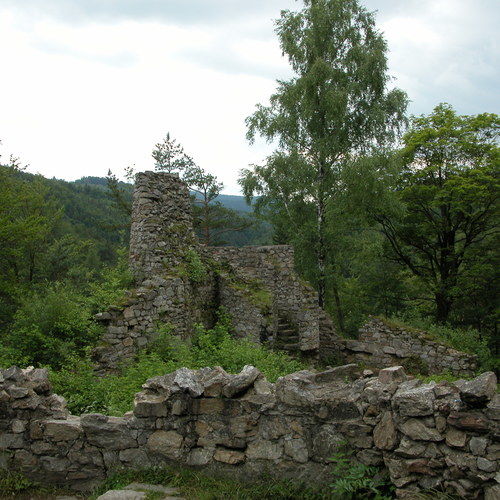 View of a modern outlook tower from the bergfried.
Photo H. Dehnerová. 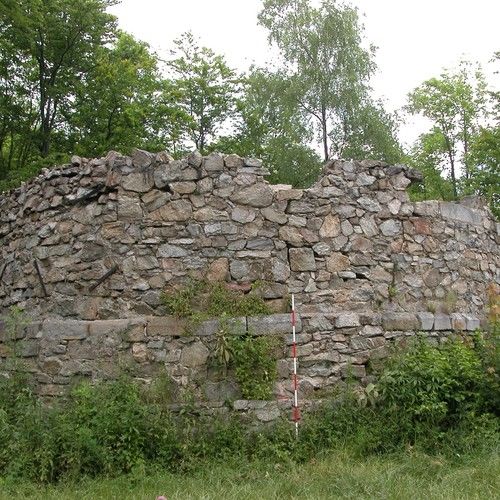 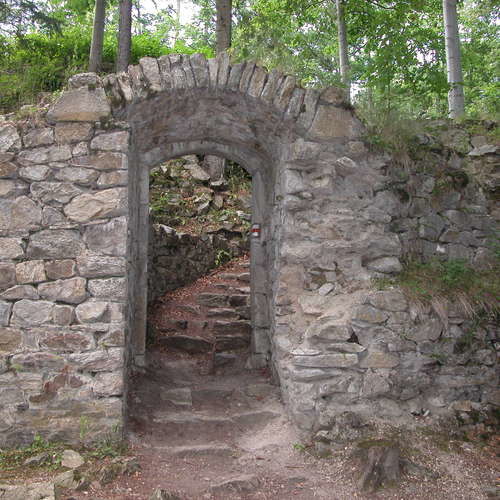 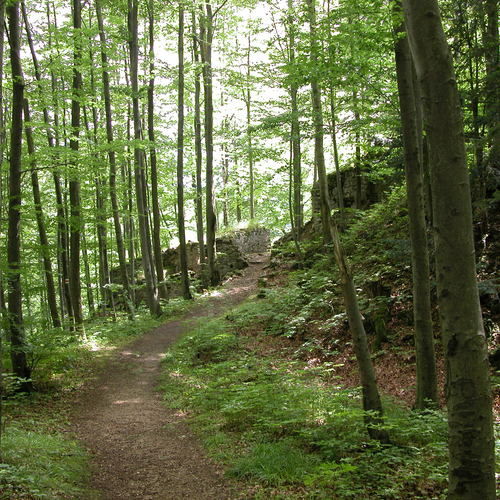 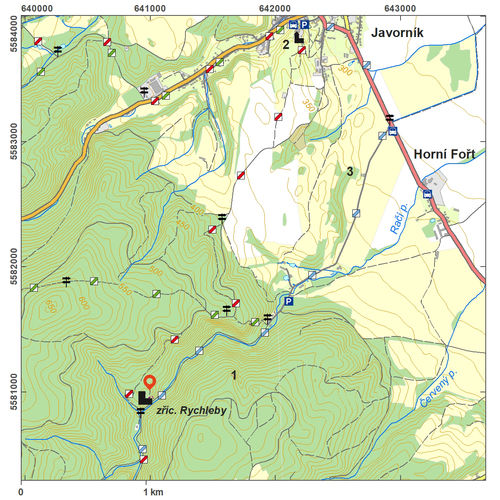 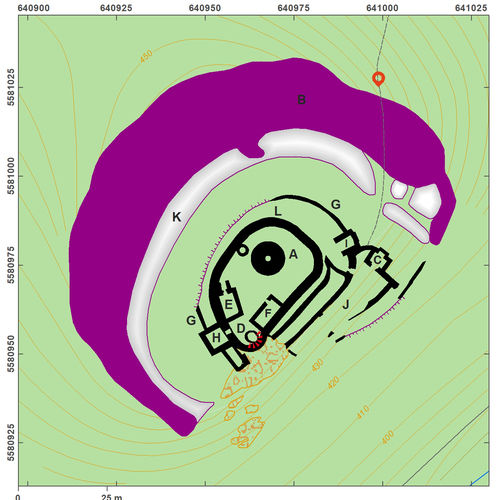