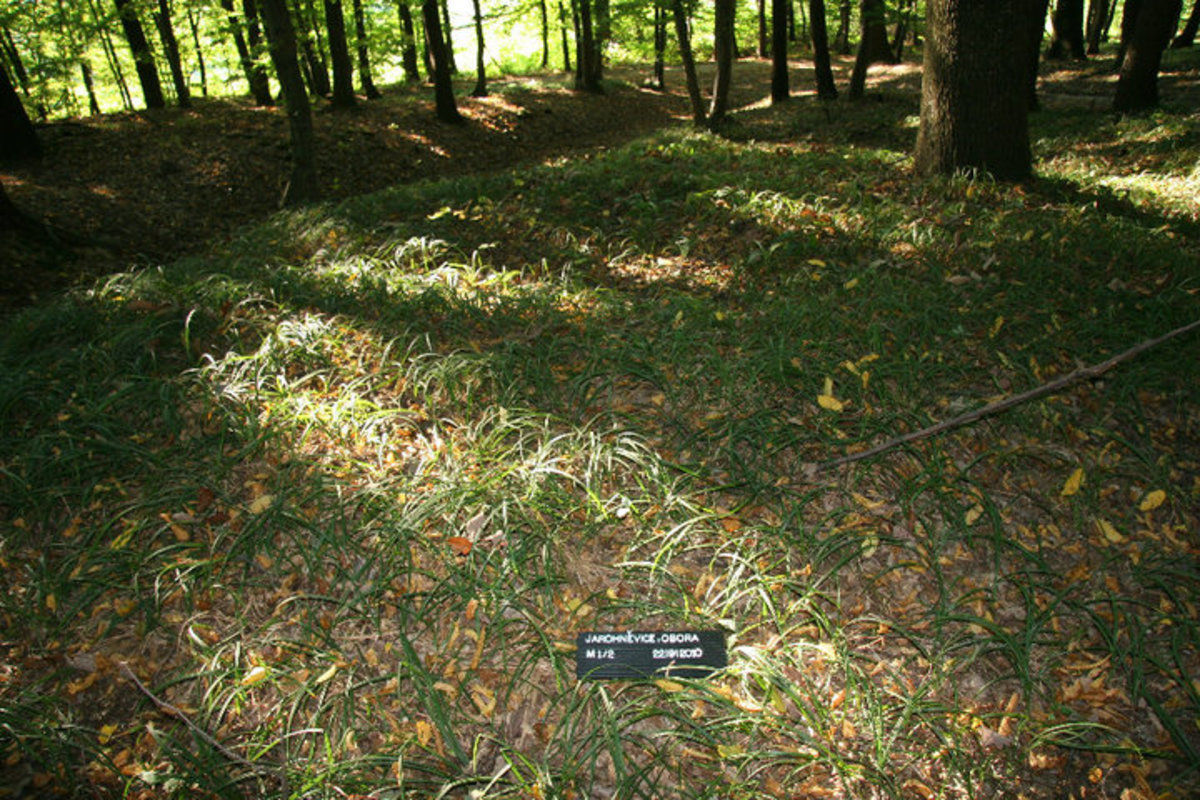 The early medieval barrow cemetery with skeletal graves in Jarohněvice was discovered in the 1890s; a total of 17 mounds were known by then, of which 4 were researched. Additional 11 barrows were excavated some years later; two other barrows were discovered near Drahlov and unearthed at the end of the 19th century. Originally, the barrows were arranged into four rows, about 10 m in diameter and up to 70 cm high. Obviously, the dead were buried in wooden coffins. A sword, spurs, axes, an iron spearhead, arrowheads, a knife, earrings, a bronze finger ring, fittings of a bucket and ceramic vessels were among the grave goods. Today, the cemetery is situated in a game park and displays 13 barrows clearly visible with the bare eye. 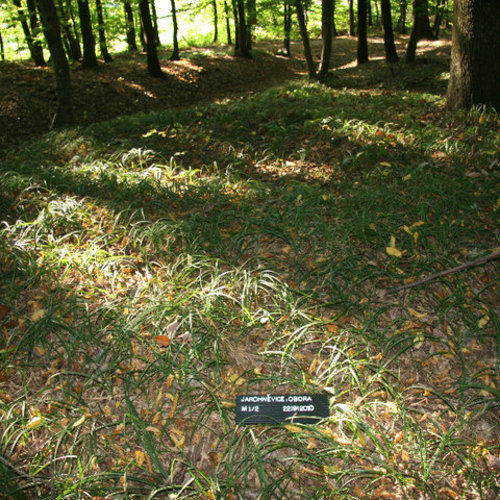 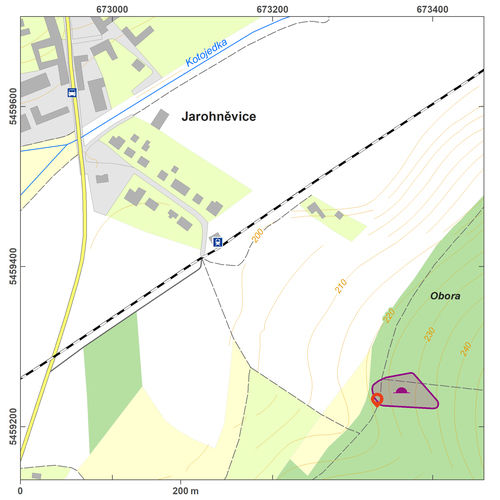 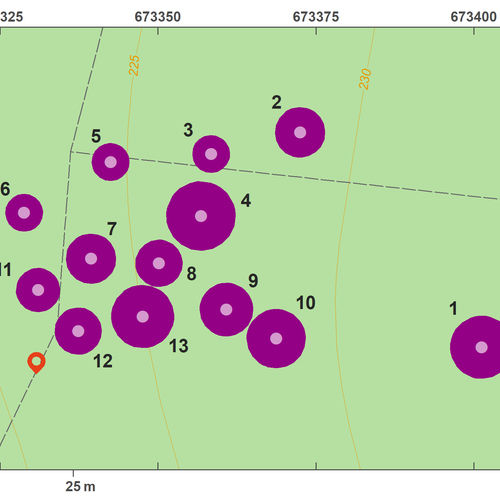 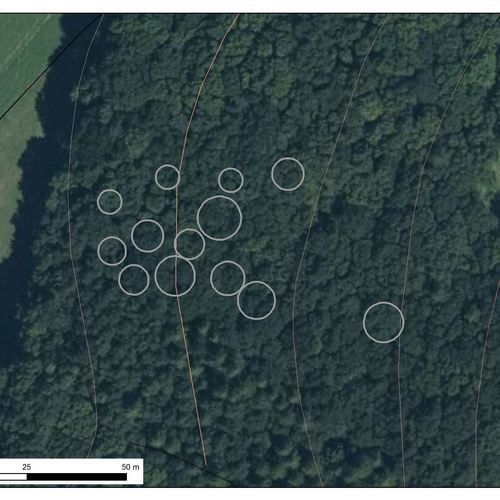