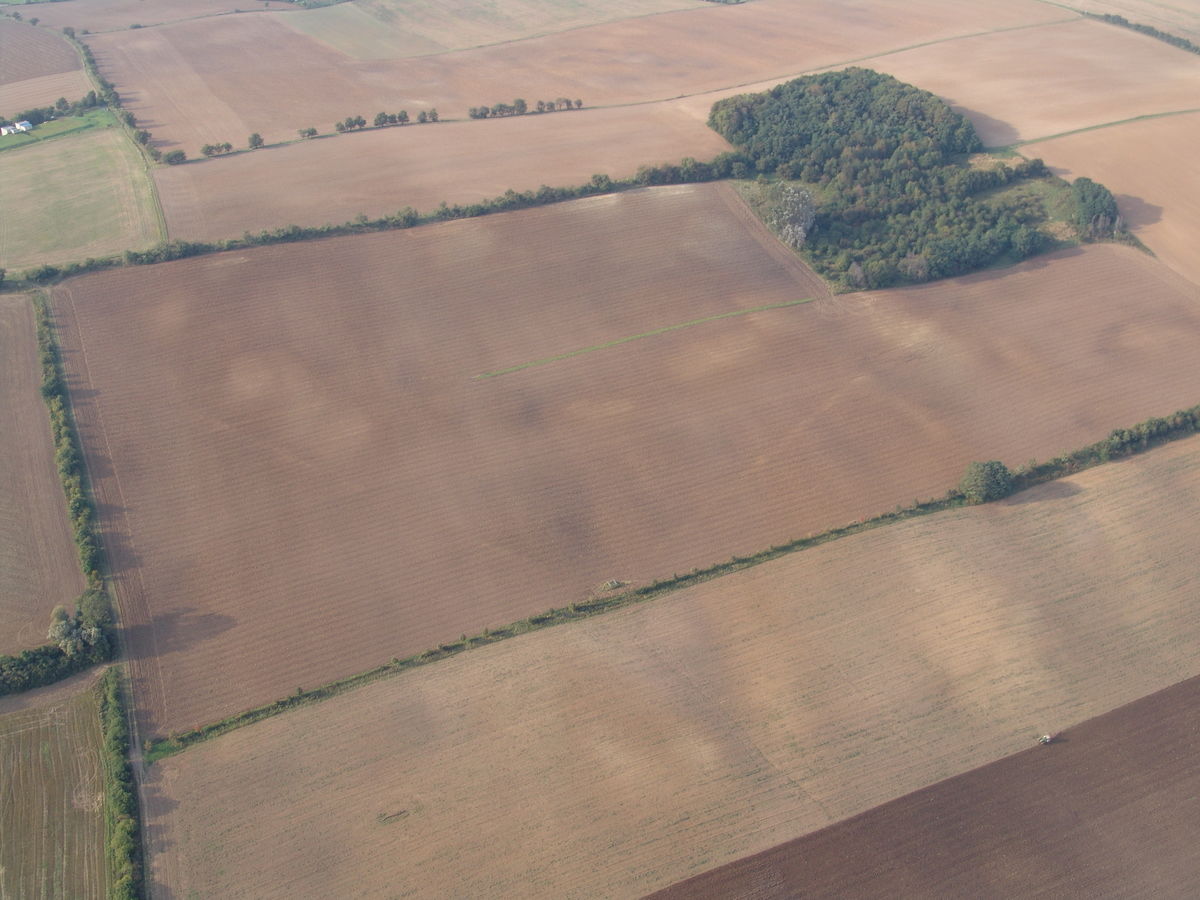 Aerial view of Švédské šance ('Swedish Sconce') and crop marks from the south.

The field fortification of Švédské šance (Swedish Sconces) was established in the course of the Swedish invasion of Moravia during the Thirty Years’ War. The facility was operated only for a short time and housed dragoons, infantry and artillery in a separate area. Originally, the camp was built on a hexagonal ground plan; the earthworks were enforced by triangular bastions and four outer redoubts. A unique object is represented by an object described as an outer sconce. To date, relics of the outer redoubts north-east of the municipality of Horní Moštěnice have been preserved. The site has also gained attention through the infamous ‘massacre on the Swedish Sconce’ in 1945, in which 265 people – Germans, Hungarians and Slovaks – were killed. 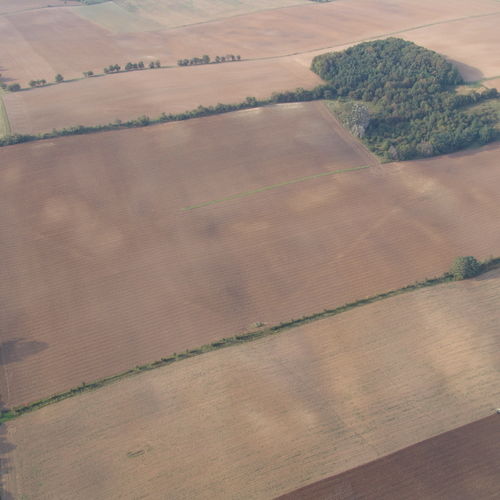 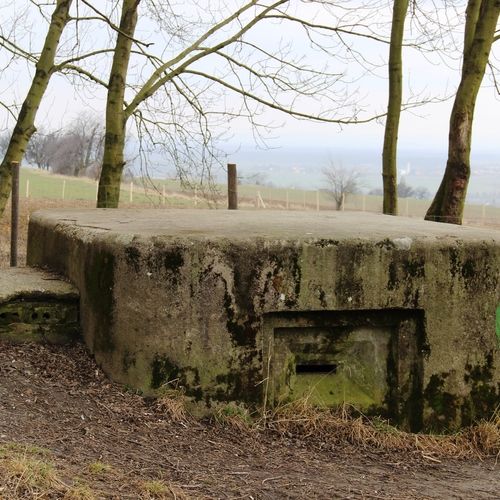 Detail of the embrasure of the concrete bunker near the a...
Photo Z. Schenk. 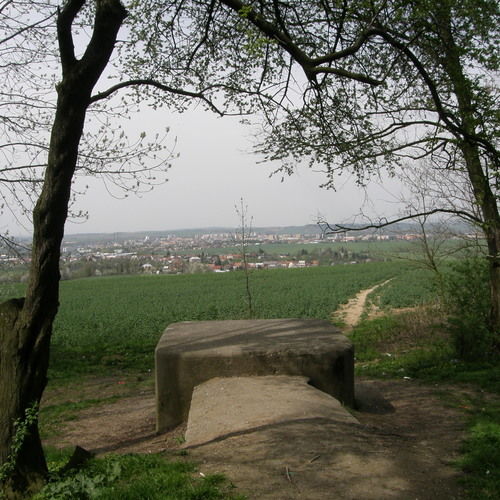 View to the south, towards Přerov, from the embrasure of ...
Photo Z. Schenk. 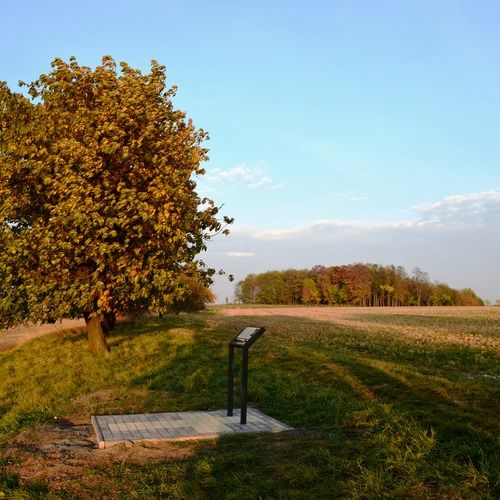 Memorial at the site of the massacre of Carpathian German...
Photo Z. Schenk.

Map notes: A – remains of the outer redoubt of Švédské šance; B – main sconce; C – redoubt in the south-east. Map symbols are available in the Downloads section. 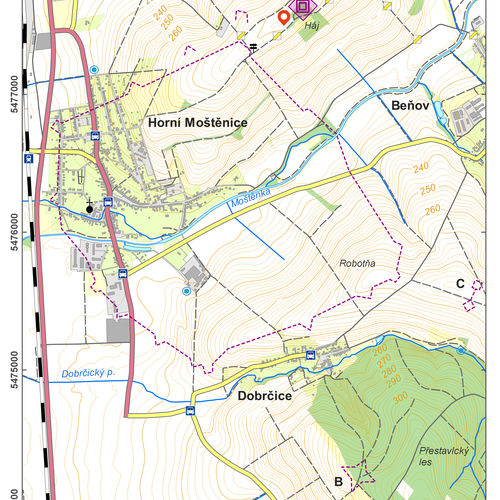 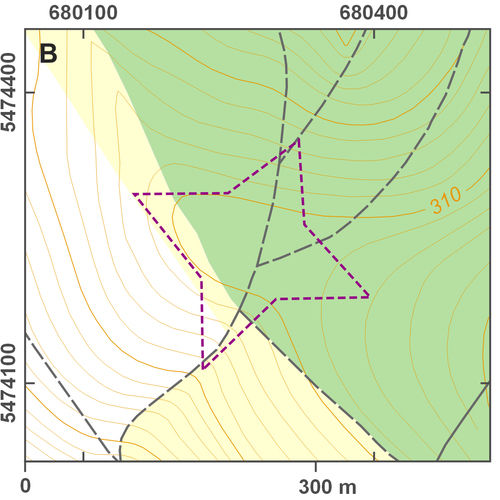 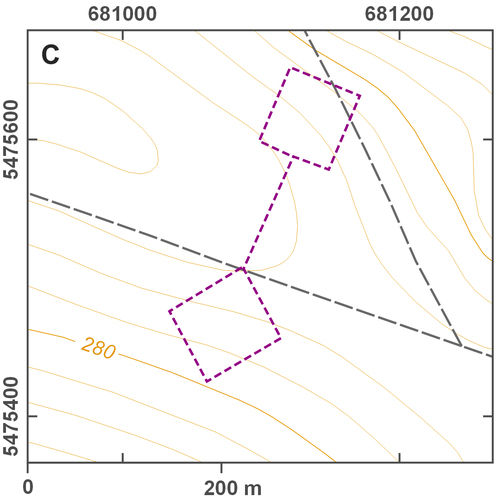