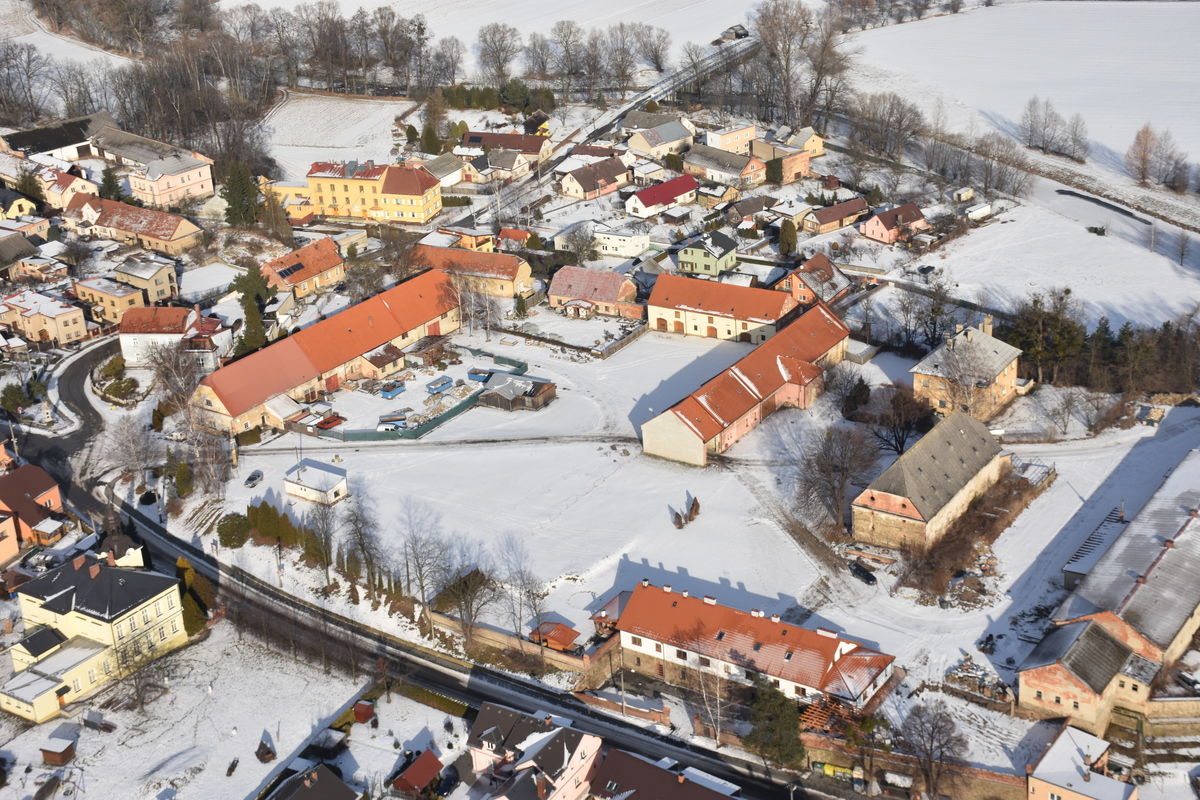 Aerial view of the farmstead in the western part of the prehistoric and medieval hilltop settlement.

The area of the prehistoric hillfort and a lordly farmyard of Holasovice belongs to the sites with the longest archaeological research on the Moravian-Silesian border. Discovered in the 19th century, it features two superimposed prehistoric ditches, which delimited the upper ward in the Eneolithic and Bronze Age. The beginnings of the medieval settlement are dated back to the 2nd half of the 12th century, when a small timber church was erected adjacent to the cemetery. Relics of an early Gothic church were found in the west part of the yard, which has been remodelled into a residential house. Today, it consists of service and residential buildings from the 18th to the 1st half of the 20th centuries. 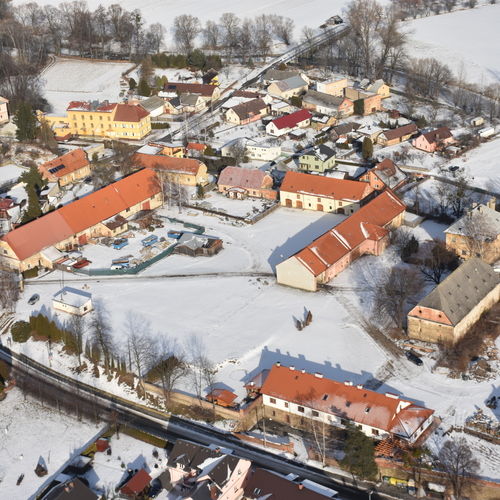 Aerial view of the farmstead in the western part of the p...
Photo M. Zezula. 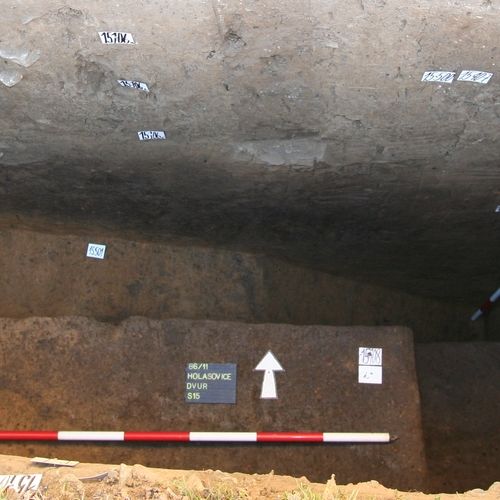 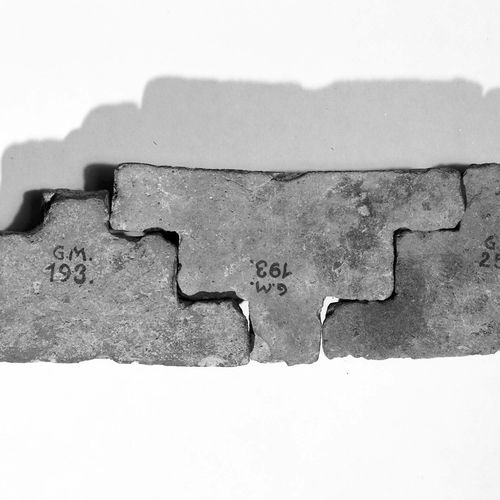 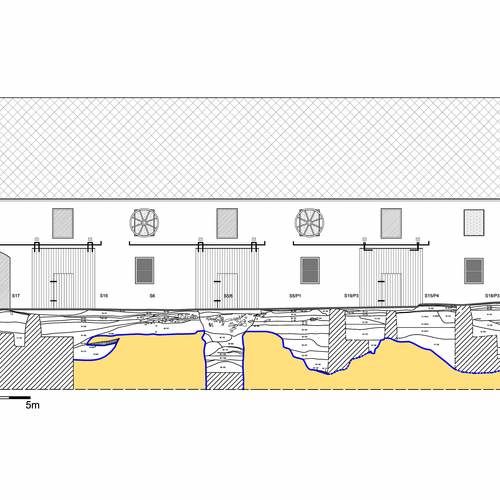 Section of the prehistoric and medieval stratigraphy in a... 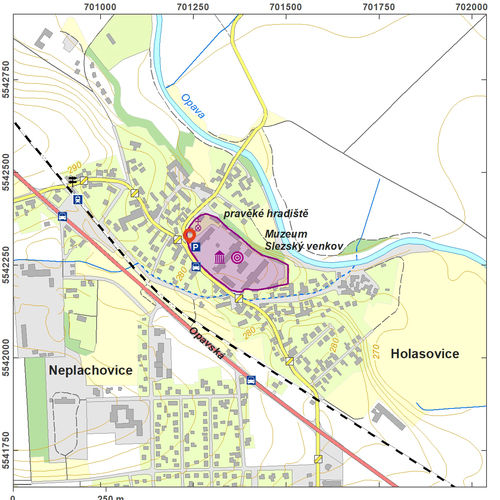 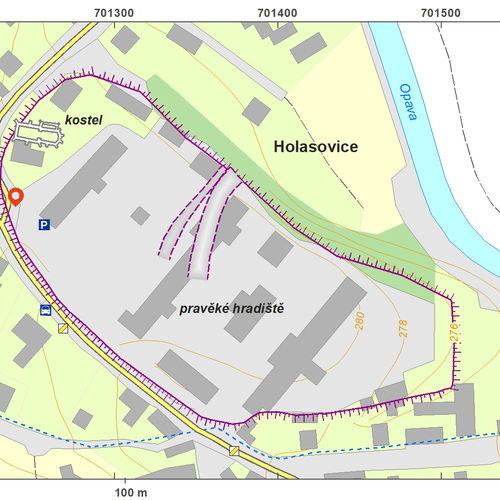 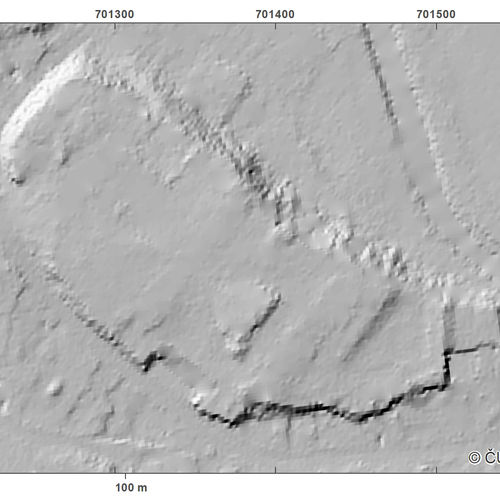 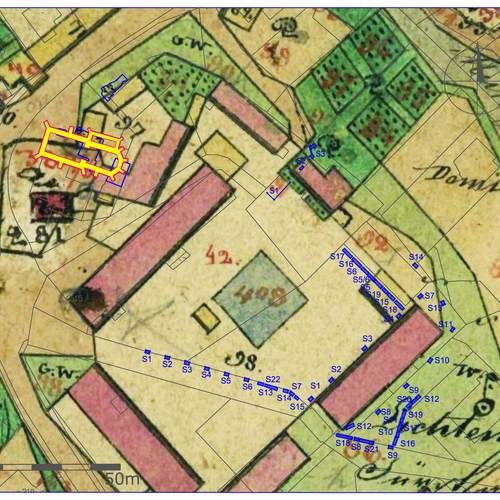 Current cadastral map and indication sketch (Indikationsskizze) of the Franci...