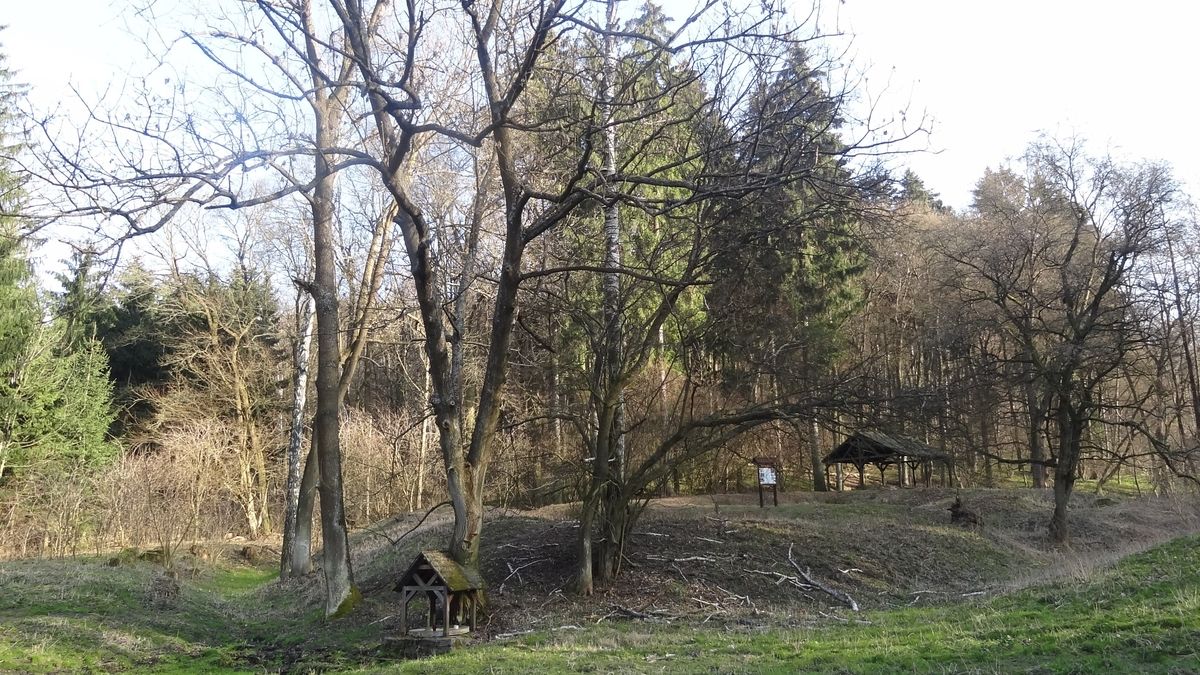 Overall view of the site.

The deserted medieval village of Konůvky was probably established in the course of the 14th or in the 1st half of the 15th century. It is a two-rowed forest village (Waldhufendorf) grouped around a brook and a simple fortified manor. The village was deserted in the 2nd half of the 15th century at the latest. In the 1960s–70s, a game preserve was established in its area, which preserved the remains of the village from destruction. About 33 farmsteads were grouped on both banks of the brook; the preserved ground plans stem from three-room houses. A fortified manor stood south of the village, consisting of a residential tower and oblong building as well as a paved court yard leading to bread ovens. The church and the cemetery were situated on a terrace above the village; south of the village, the remains of a 'motte' with a ditch have been found. The earthworks are still well visible in the ground. An educational trail with information panels leads through the site, advisably to be visited during the dormancy period. 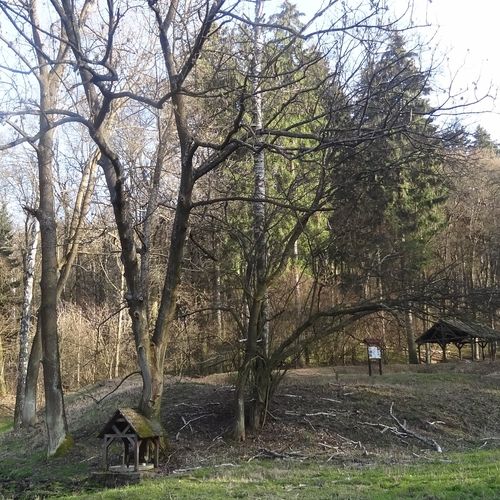 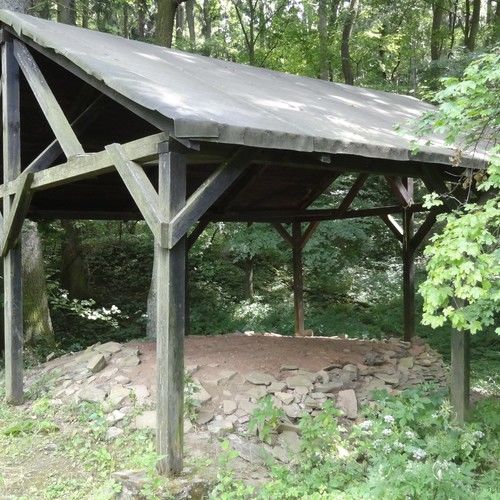 Pottery kiln in the south-south-eastern corner of the man...
Photo A. Knechtová, 2015. 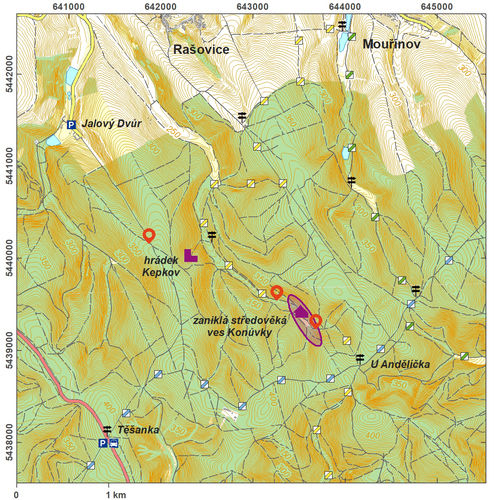 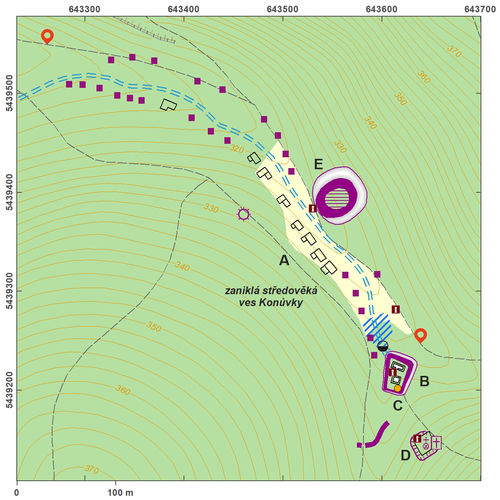