The so-called turbulent terrain in western part of the deserted village.

Deserted medieval village of ‘Svídna’ dates to the 14th and 15th centuries. Thanks to its well-preserved relics, ‘Svídna’ became a model site for the study of medieval villages in Bohemia. The village was composed of fourteen homesteads, including three-compartment houses made completely of stone, farm buildings, gardens and connected fields. The entire village was investigated using non-destructive archaeological methods, and three homesteads were also excavated in the 1960s and 1970s. 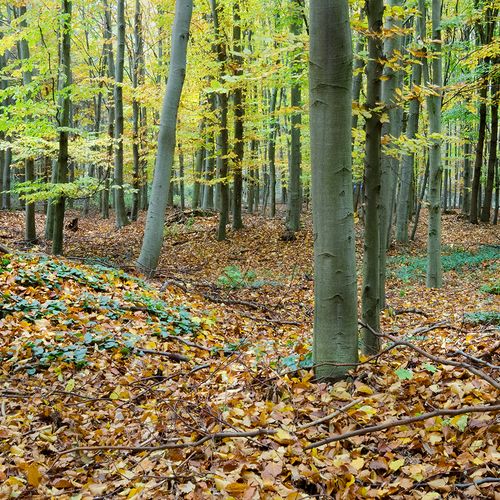 The so-called turbulent terrain in western part of the de...
Photo Z. Kačerová, 2014. 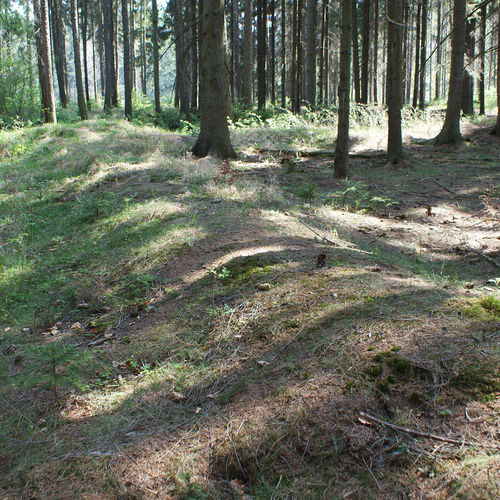 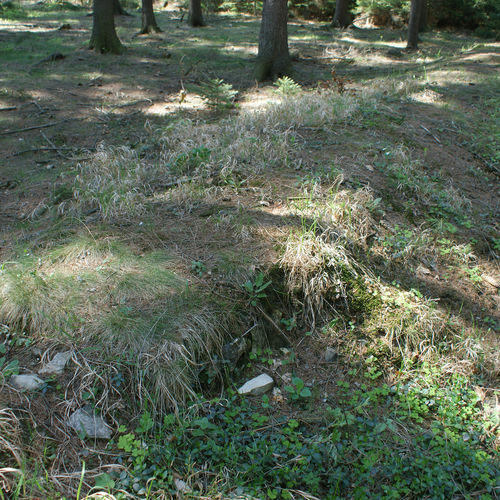 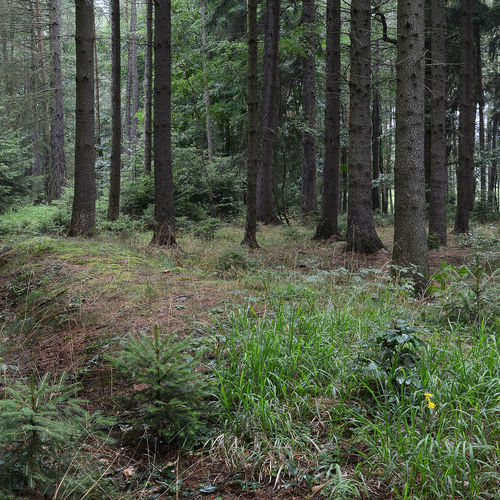 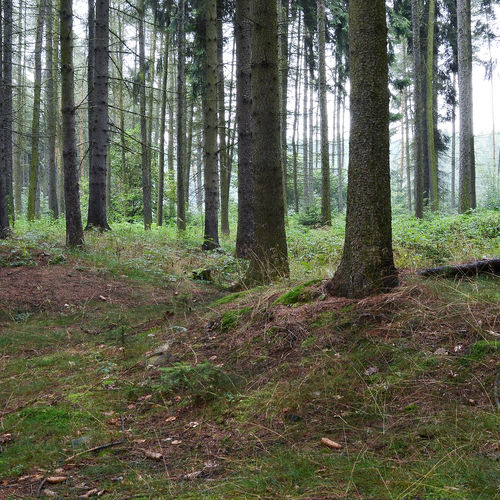 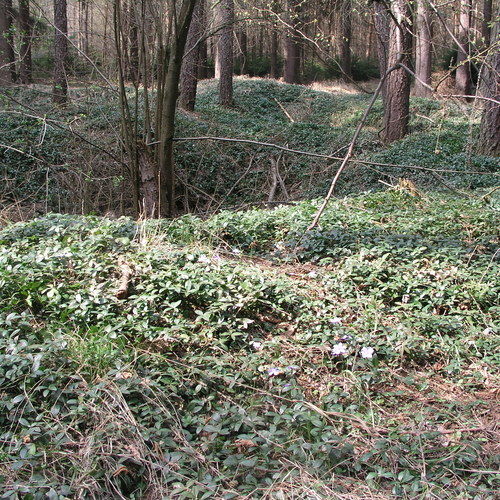 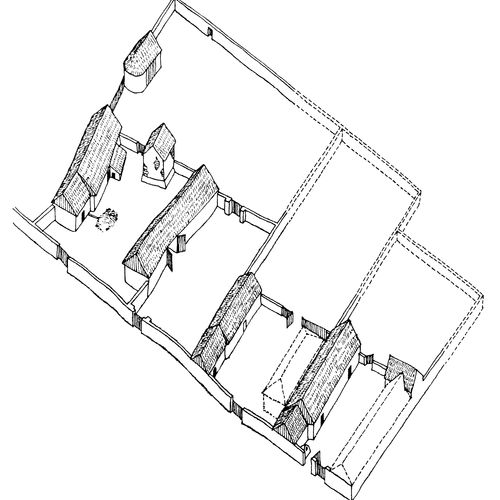 Drawn reconstruction of homesteads 1–3.
After Smetánka 1988. 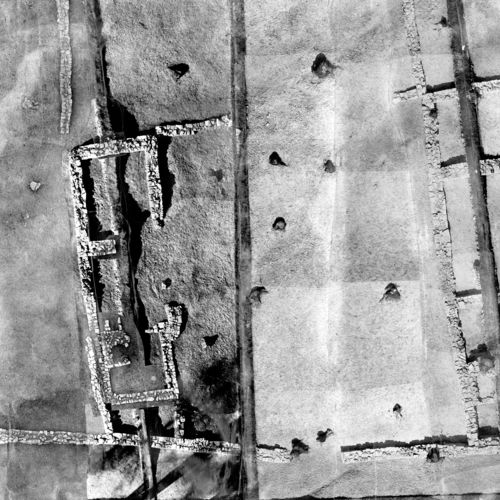 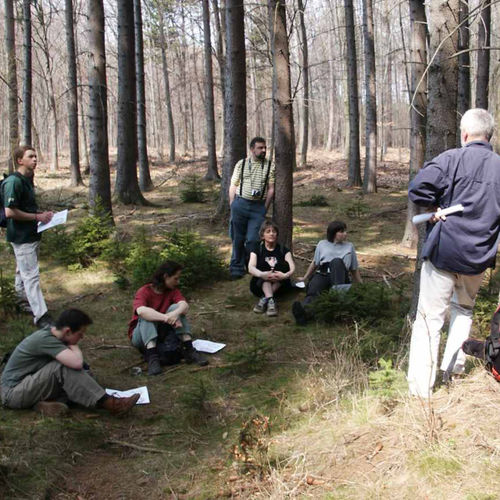 A visit on the site.
Photo M. Cháb.

Map notes: 1–14 – plots of the original homesteads. Map symbols are available in the Downloads section. 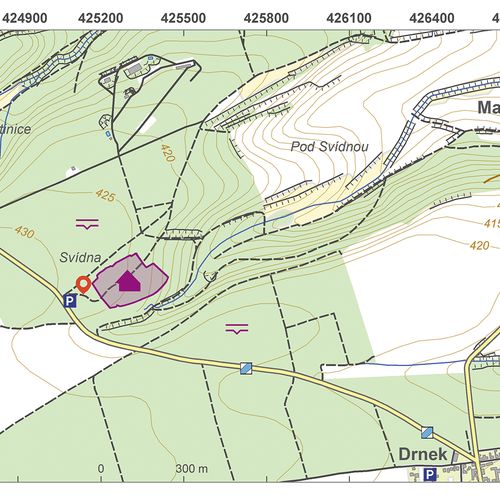 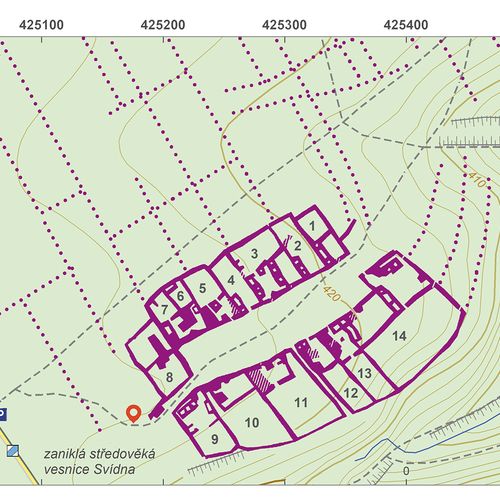