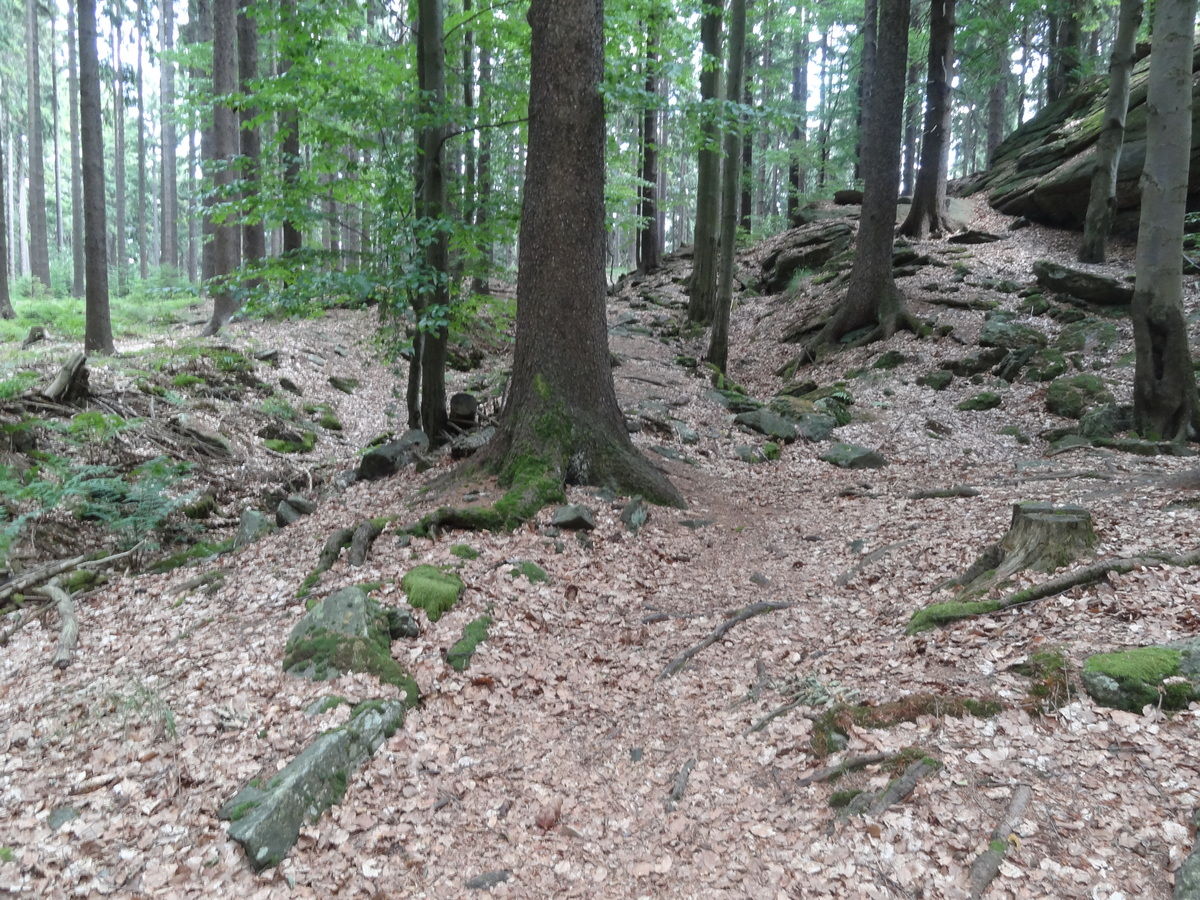 Closing of the ditches in the north-north-east area.

The multi-cultural site of Zkamenělý zámek is situated amidst of the forested landscape of the Bohemian-Moravian border and has been known since the end of the 18th century. The first archaeological finds can be dated to the Neolithic. A modest hillfort belongs to the Hallstatt Period and Early Middle Ages. It was erected on a partially split rock, formed of magmatic gneiss in the middle of a long ridge. It was encircled by a double ditch, which was incorporated into a fortress in the 13th–14th centuries. Specific for the site is the use of large boulders and a good state of preservation of the defence features. 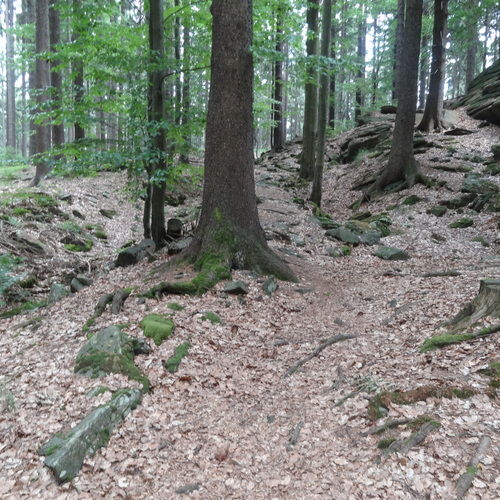 Closing of the ditches in the north-north-east area.
Photo A. Knechtová, 2015. 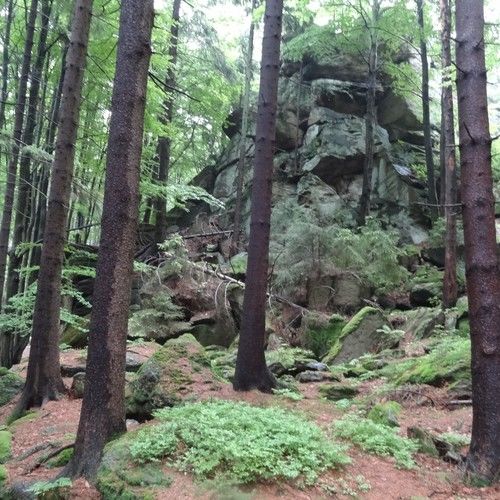 The highest rock in the north-western part of the area.
Photo A. Knechtová, 2014. 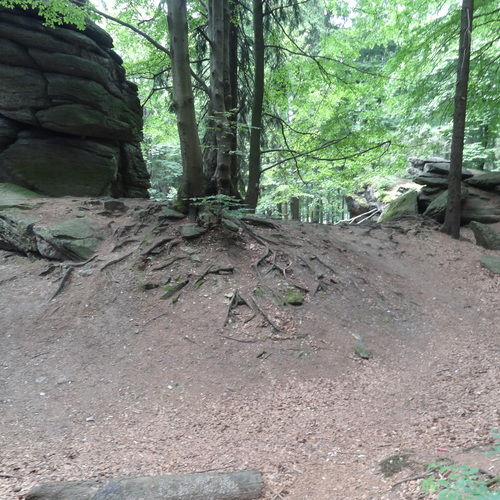 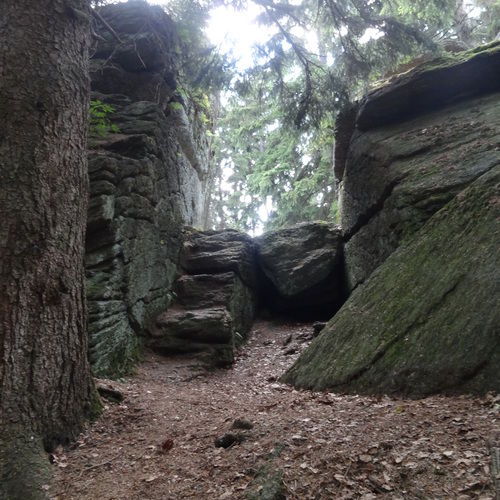 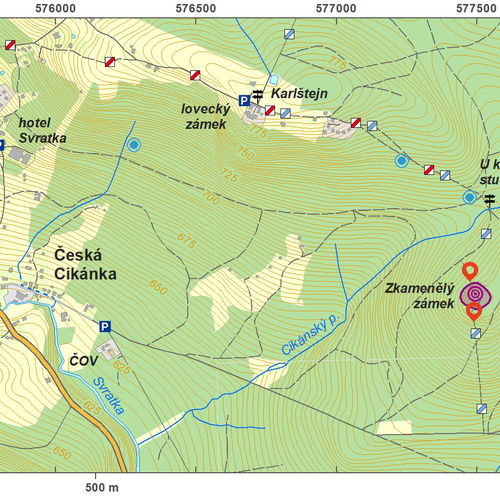 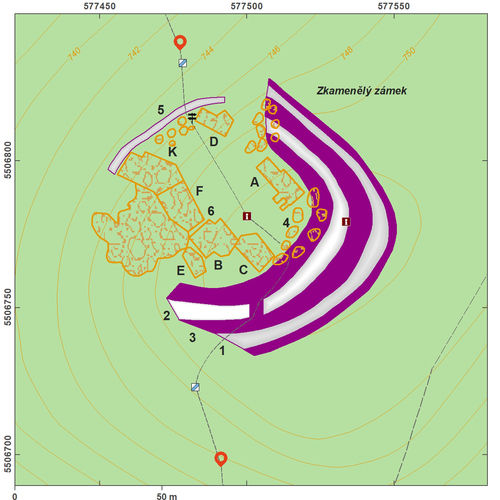