An open-air archaeological museum at the site of an important archaeological excavation carried out from the 1950s to the 1970s. Excavated over an area of around 5 ha were a Neolithic settlement, two long Eneolithic barrows, a settlement and cemetery of the Early Bronze Age, settlement finds of the Middle and Late Bronze Age, a settlement of the Migration Period as well as an Early Medieval settlement of the period between the 6th and 9th centuries. The excavation produced highly unique information on many of these periods. The experimental archaeology centre and an open-air museum built gradually since 1981 include a reconstructed Neolithic long house, pit houses from the Migration Period and the Early Middle Ages, an Early Medieval pottery kiln and a storage pit for cereals. 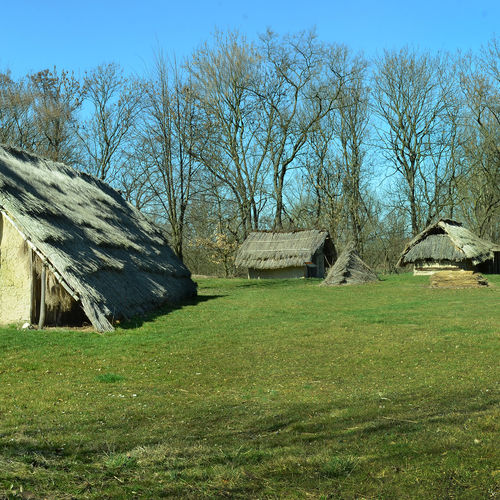 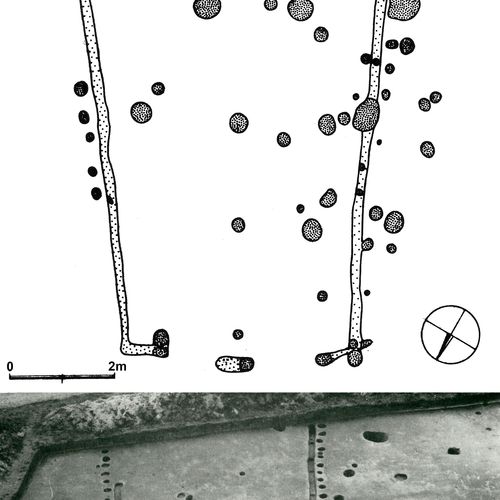 Later Neolithic house groundplan that was subsequently re...
After Pleinerová 1984. 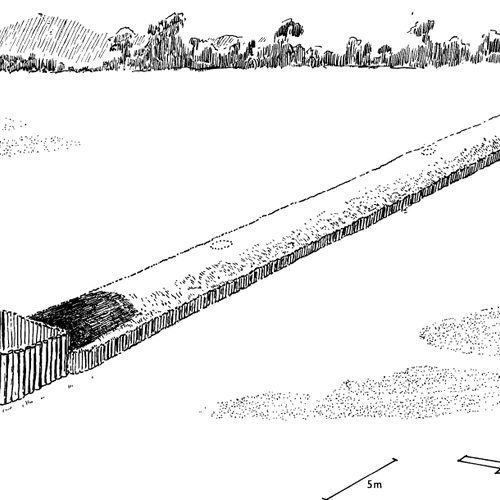 Drawn reconstruction of the long Aeneolithic barrow.
After Pleinerová 1980. 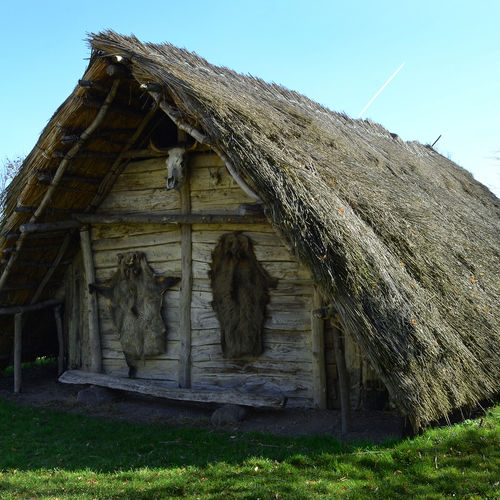 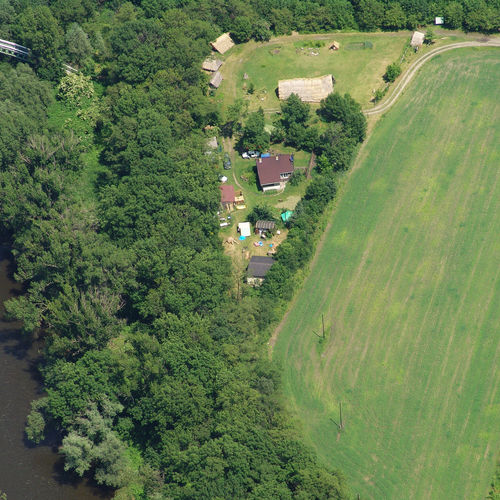 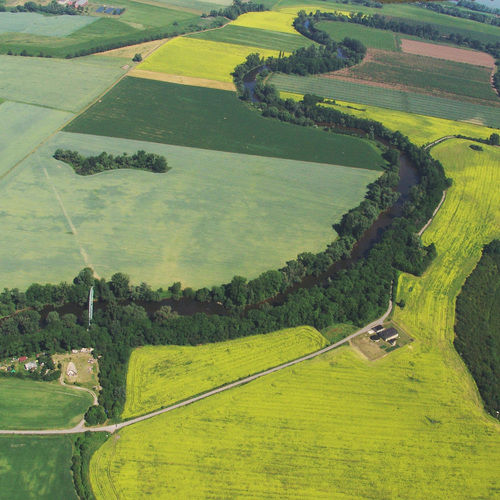 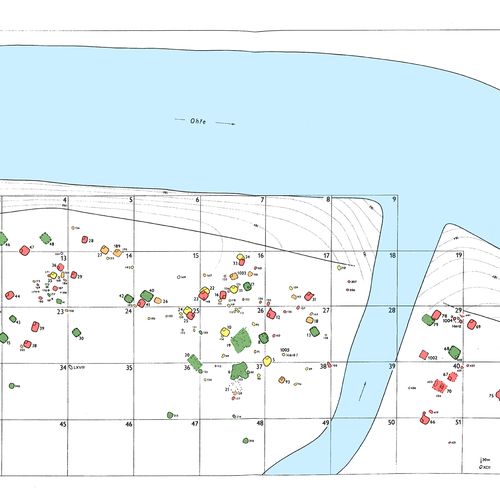