Inner bank of the hillfort.

One of the best documented Hallstatt Period hillforts, known as ‘Hrad’ near Čimelice. The site consists of two dry stone ramparts and an internal wall, all of which regularly encircle the top of the dominant hill. Different sections of the enclosures may have been built by various groups of the surrounding population using a variety of techniques. Recent archaeological excavations at the site indicate that the site may have served as a central place for the new colonists, as their meeting place for special events, celebrations and other ceremonies. It could also have been used as a sanctuary. 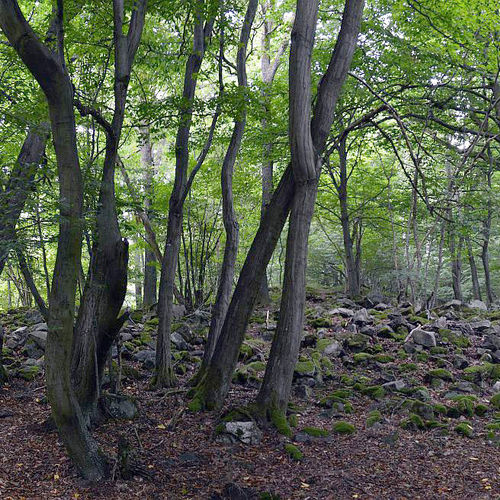 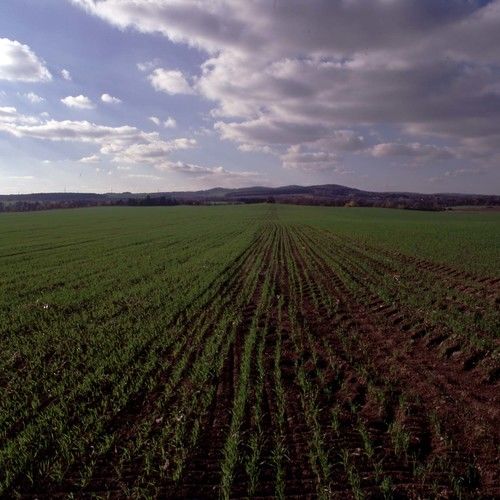 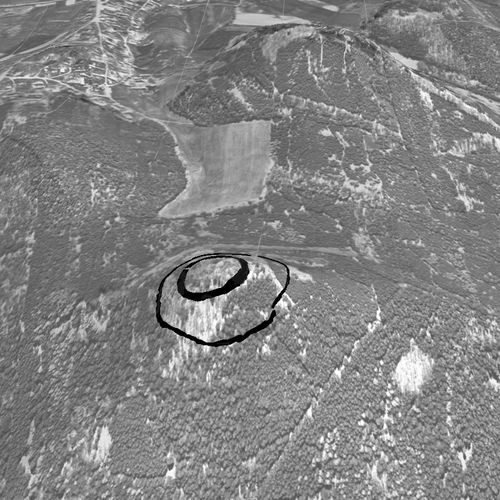 Plan of the hillfort on a orthophotography.
Processed by Č. Čisecký. 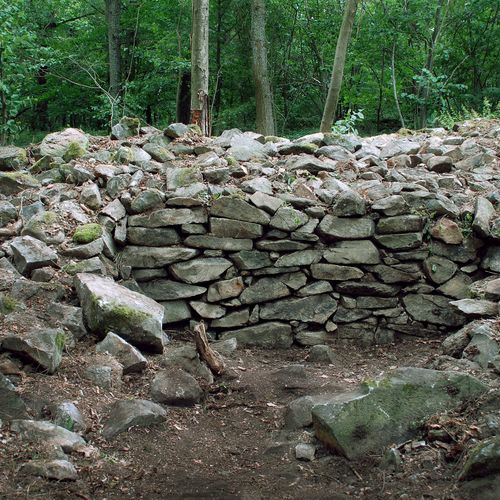 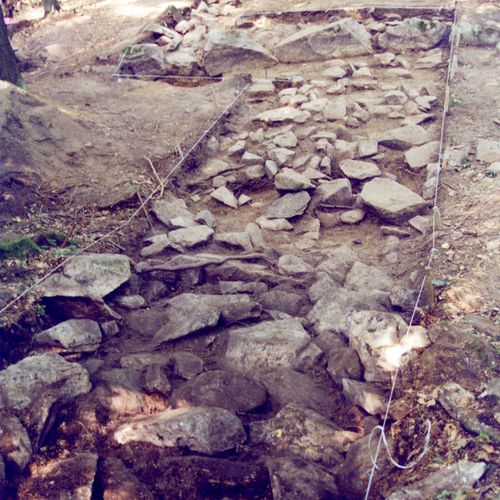 Foundations of the inner bank and edge of the third forti...
Photo P. Hrubý. 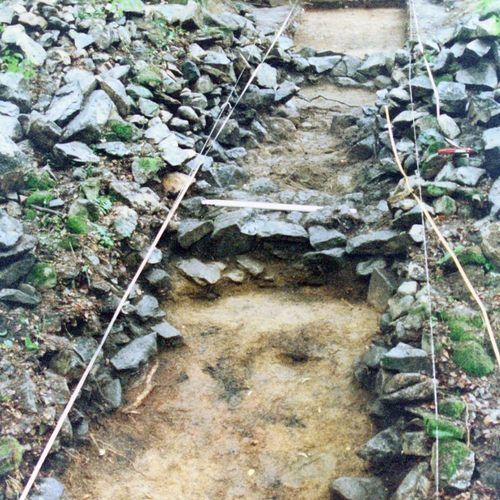 Foundations of the inner bank, eastern side.
Photo P. Hrubý.

Map notes: A – gap in the outer bank; B – gap in the inner bank; C – location of an archaeological trench (cf. photos of the bank section); D – stone wall; E – an artificially levelled area. Map symbols are available in the Downloads section. 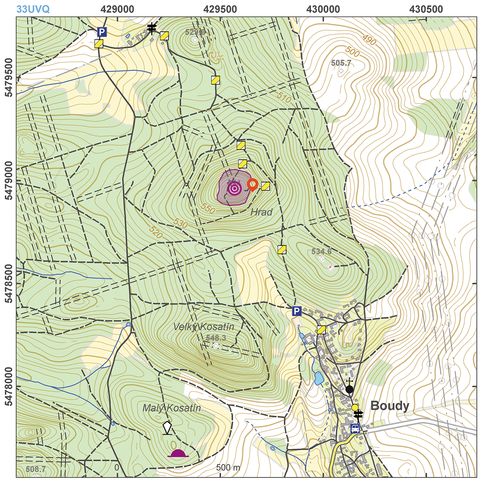 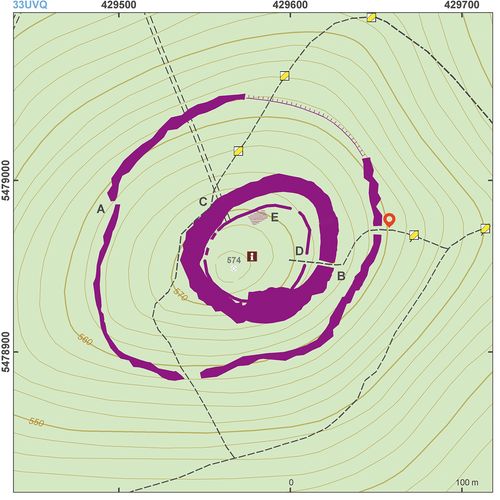