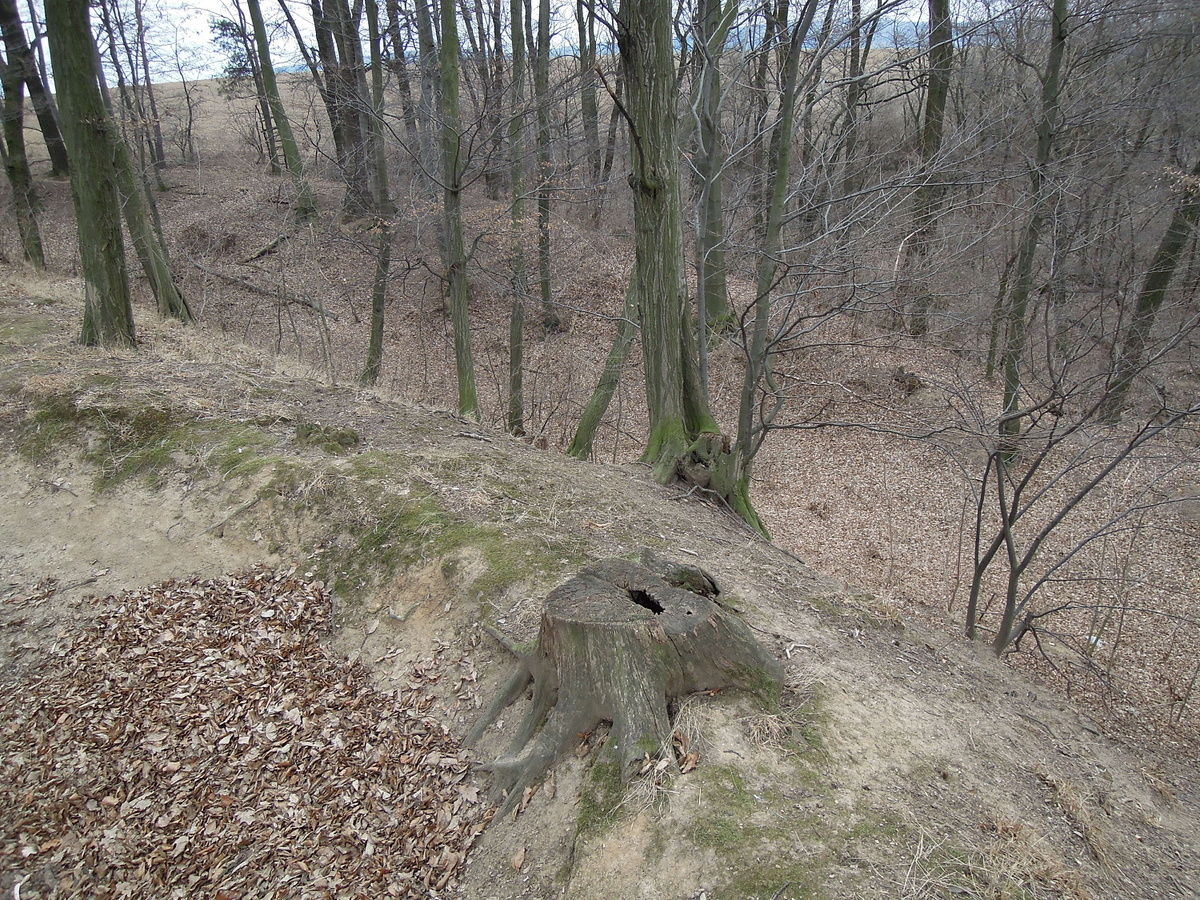 Ditch and outer earthwork as seen from the settled area.

The ruins of the small fortified manor of Hrádek, a feudal seat, are well preserved and visible in the landscape. The archaeological excavation has provided evidence of a log building with stone foundations. The written records claim it existed as early as 1293; in 1509 it seems to have lost its function as a manor house and was deserted. The site of Hrádek was known already in the 19th century, but the first excavation was undertaken only in the 1990s. Marked relics of the site are situated on the south slope of the Hrádek hill and form an almost quadratic (36 × 36 m at maximum) mound with rounded corners. The inhabited upper ward was encircled by a 20–25 m broad ditch and low earthwork. On the south side the ditch is broadest with a depth of 5 m. According to local legend, Hrádek was connected by an underground tunnel with the castle of Lukov. 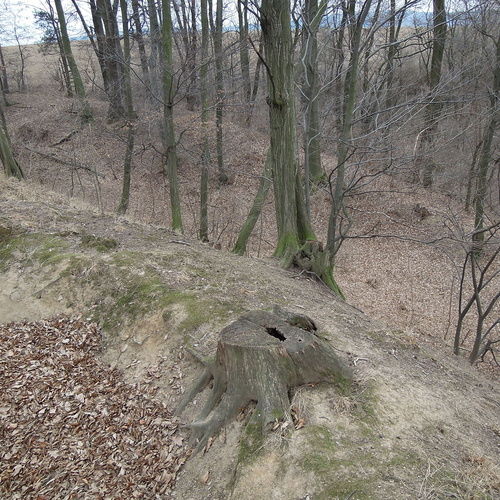 Ditch and outer earthwork as seen from the settled area.
Photo J. Dúbravčík, 2015. 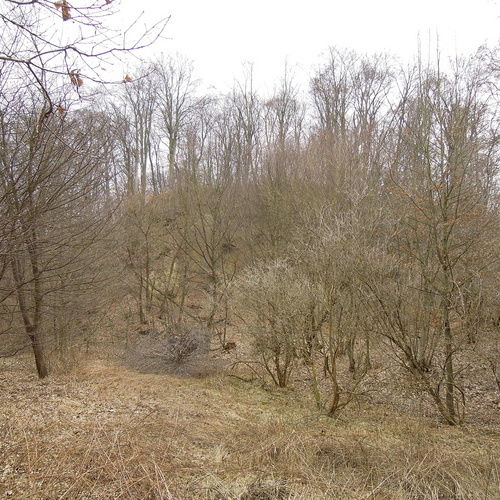 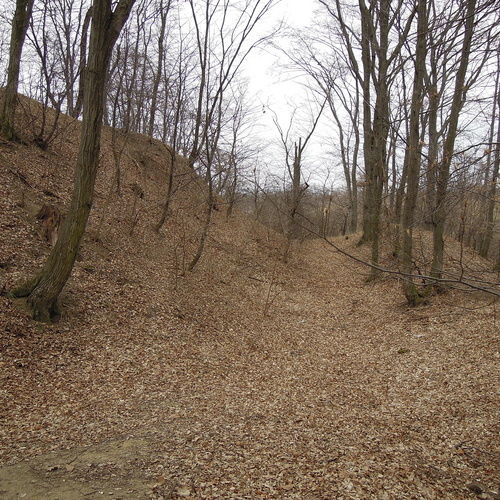 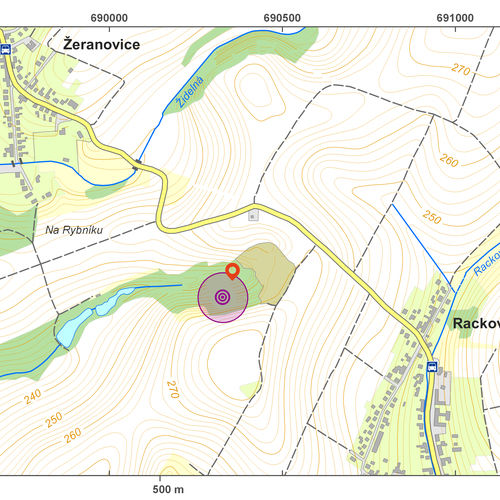 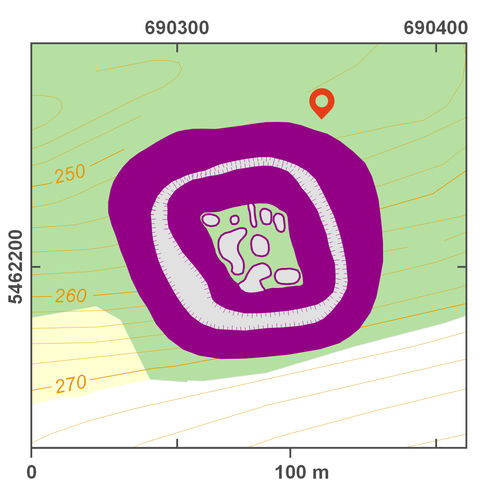