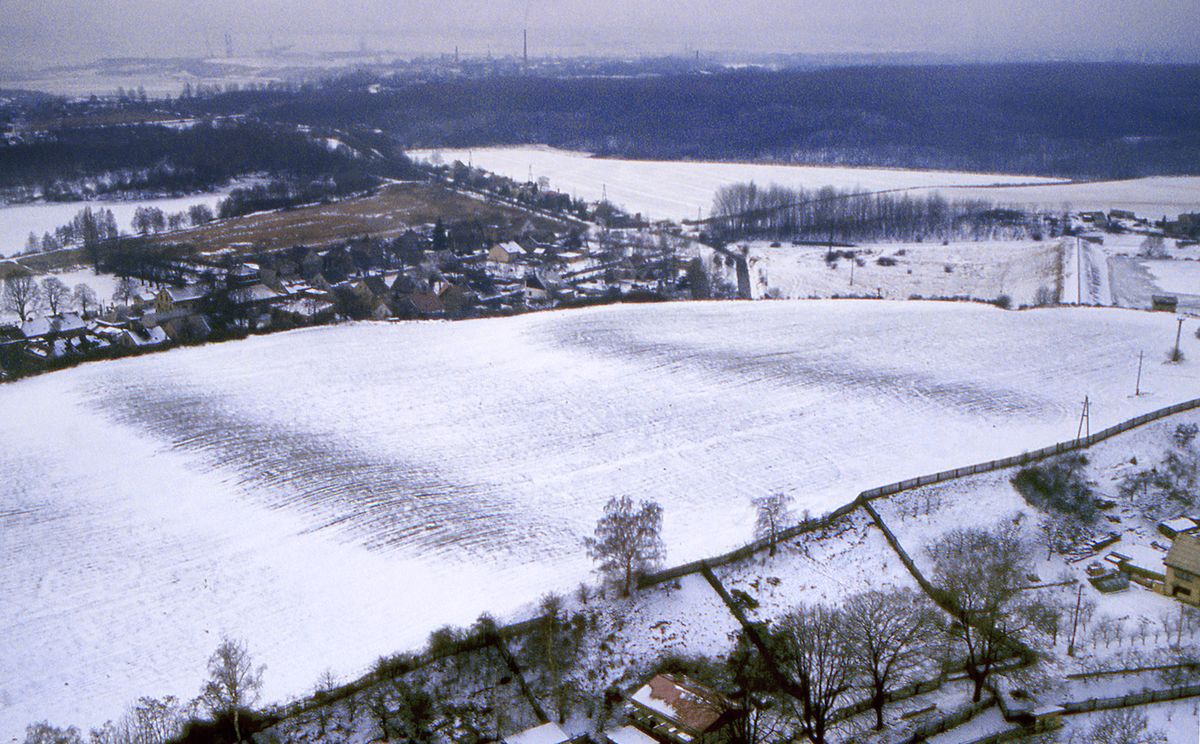 Aerial view of the Early Medieval hillfort. Two lines of banks are visible.

An Early Medieval hillfort of the 8th to the 11th century, whose function was later taken over by the Přemyslid administrative castle of Bílina. The originally tripartite settlement, fortified by a wood and earth chamber rampart with a frontal stone screen wall, was previously thought to be the residence of Prince Wistrach and his son Slavitah that was attacked in 857 by the Frankish army. The use of the hillfort by the social elite is perhaps documented by an assemblage of luxurious jewellery found in a ‘princely’ barrow grave in nearby Želénky. From the archaeological perspective, the hillfort is well-known primarily due to the ‘Zabrušany-type’ pottery produced in the 10th century in northwest Bohemia and Saxony. 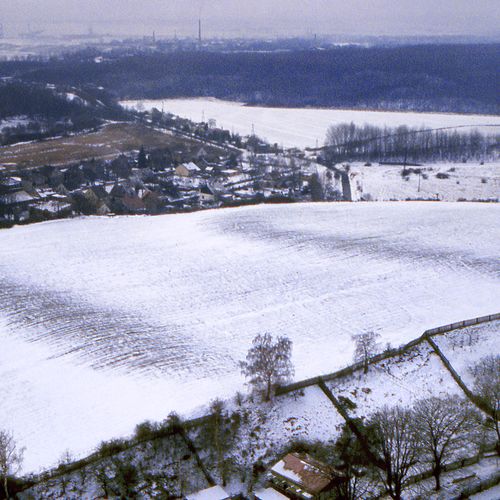 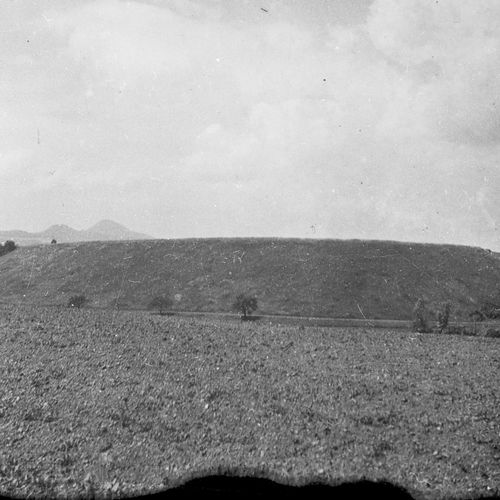 Archive picture of the hillfort, view from north.
Archive of the IoA, FT-82242. 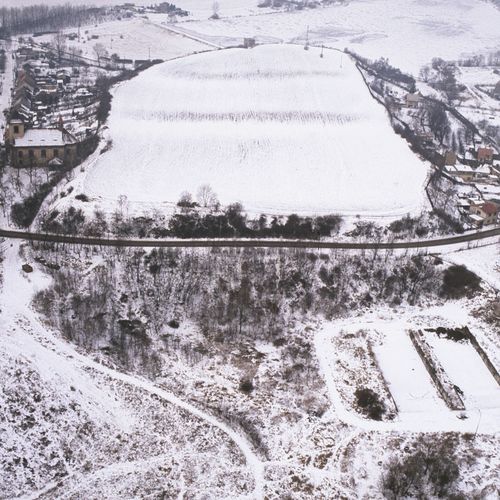 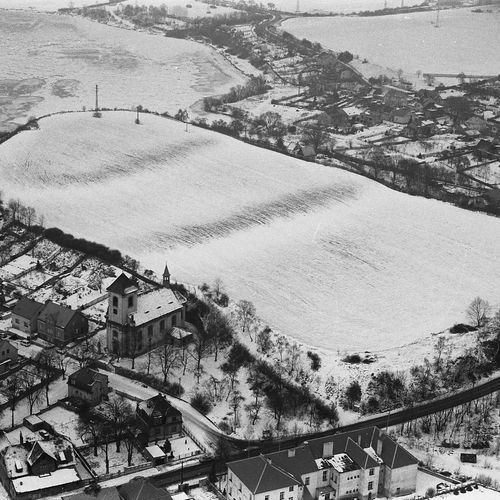 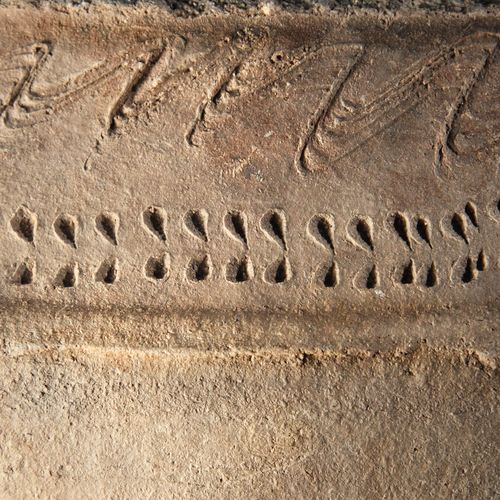 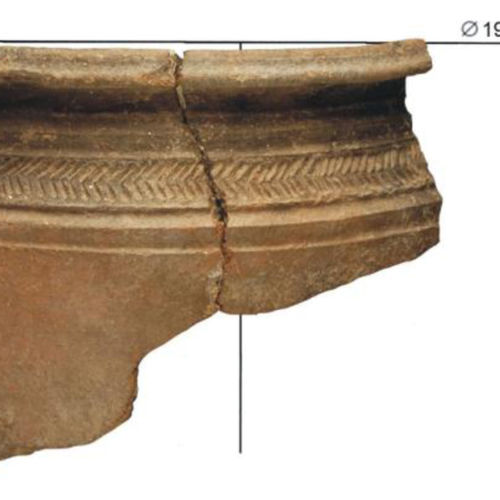 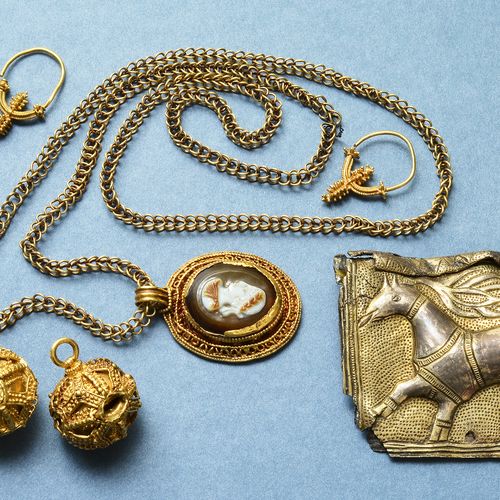 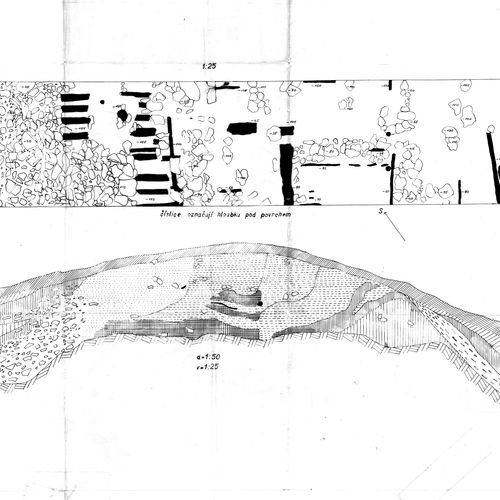 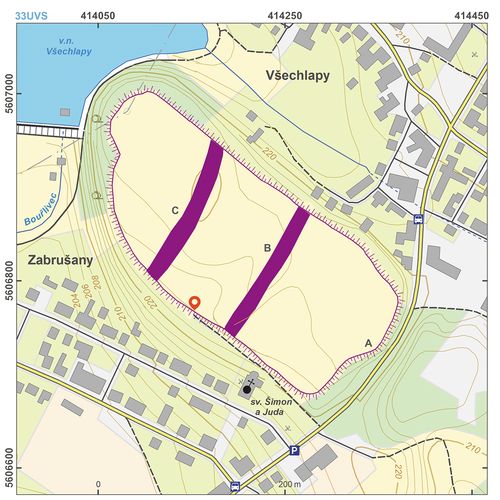 Map of Early Medieval settlements and cemeteries in the vicinity of Levý Hrad...
After Kuna et al. 2014.