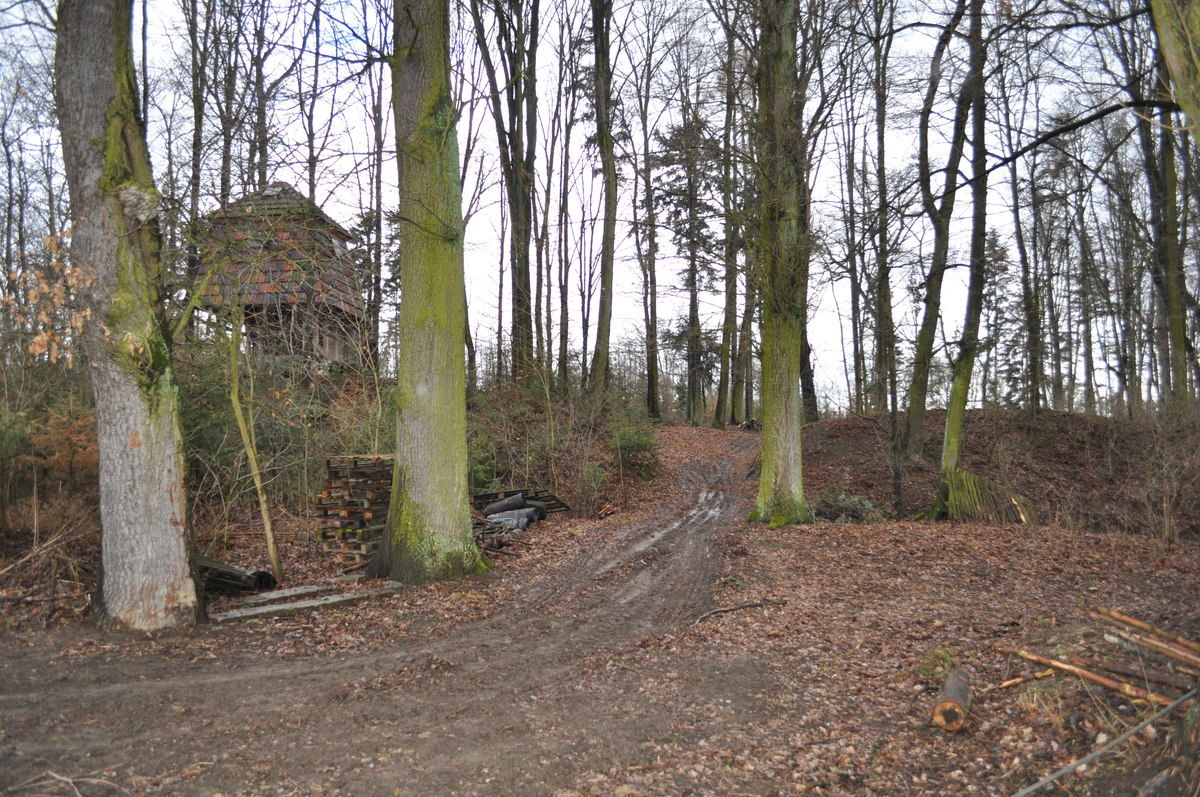 Interruption of the defence line at the spot of the current entrance to the hillfort, view from the south-east.

This early medieval hillfort has preserved traces of a multiple fortification from Moravian times, and we may assume that it was somehow connected with a far-distance trade route. The fortified settlement was first mentioned in 1891; an archaeological excavation was carried out and the finds evaluated only in the 1990s. A thin layer from the Middle Hillfort period came to light as well as a feature dug into the lime subsoil. We assume that this settlement controlled the Kraków far-distance route. In the vicinity of the settlement, a large hoard of hacksilver was discovered (Kelčov hoard) containing 247 completely preserved coins and more than a thousand coin fragments. The fortified settlement spread over a surface of 3 ha; best preserved on the south-east side, it consists of a 45-m-broad band of four parallel earthworks (length around 150 m and preserved height of 5–7 m). Currently, the site is forested and covered with herb and shrub layers. 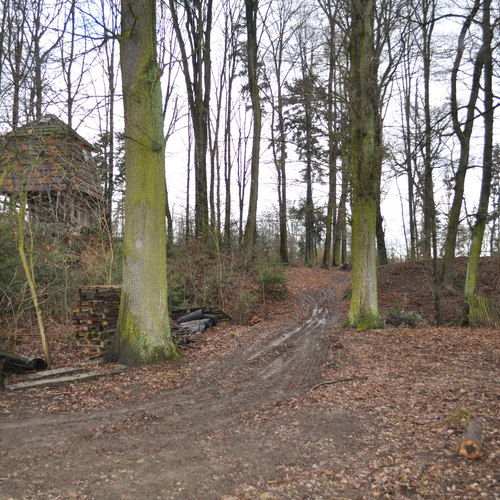 Interruption of the defence line at the spot of the curre...
Photo P. Šlézar. 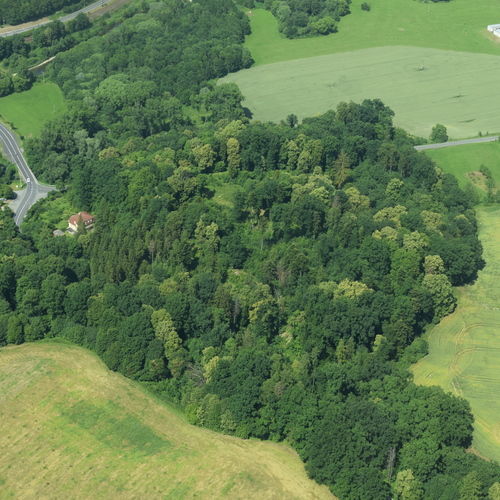 Aerial view of Hradištěk from the south.
Photo M. Kalábek, 2015. 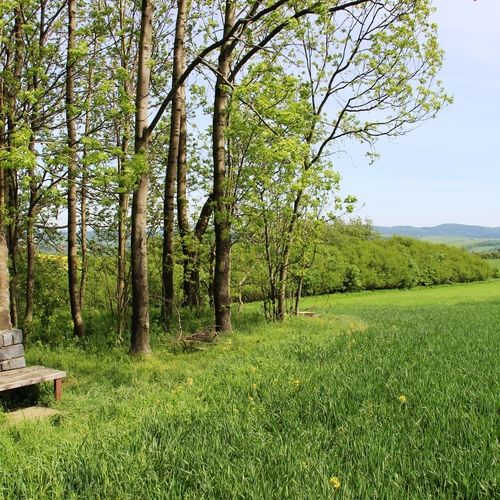 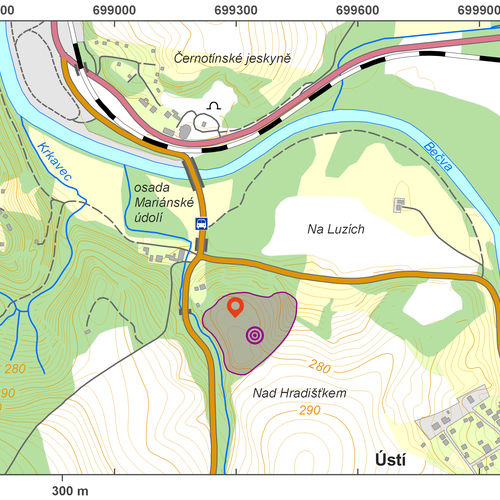 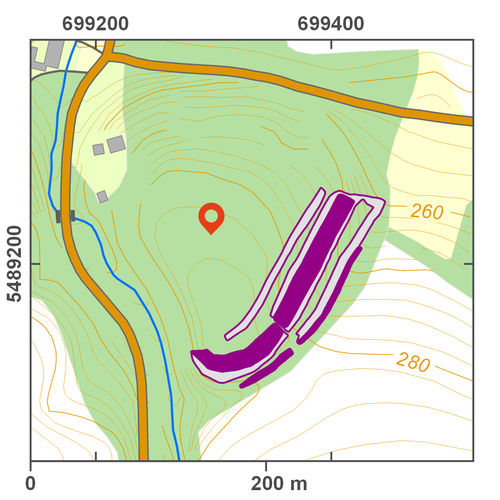