Panoramatic picture of the oppidum.

The largest, richest and earliest known La Tène oppidum in Bohemia. Important archaeological excavations were conducted at the site at the end of the 19th century, when the oppidum was also plundered by local residents and treasure hunters who sold their valuable finds to antique collectors. The site was composed of an acropolis (see map - ‘akropole’), an inner hillfort area, and an suburb. The total settlement covered an area of over 90 ha. It was fortified by a wood and earth rampart with a frontal stone screen wall. More recent excavations and surveys have provided evidence of enclosed farmsteads with economic and residential buildings; specialised production was also conducted at these locations. 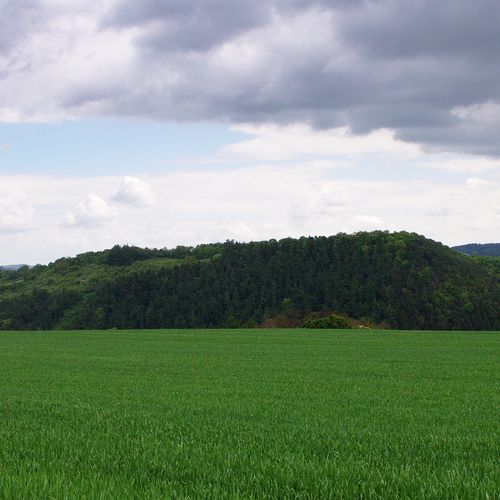 Panoramatic picture of the oppidum.
Photo A. Danielisová, 2014. 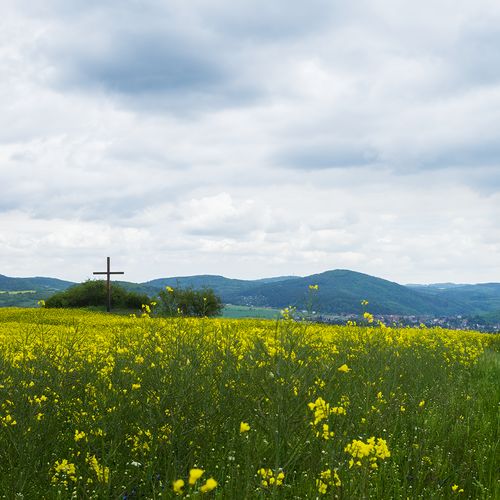 Hilltop of the Stradonice oppidum across a blooming meadow.
Photo A. Danielisová, 2014. 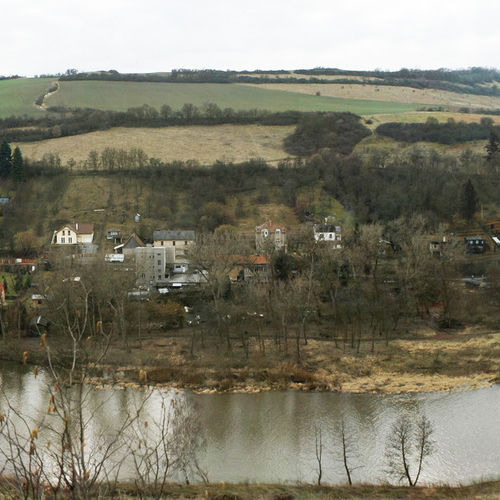 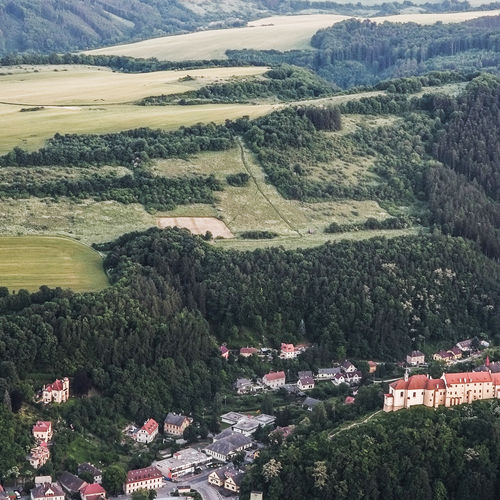 Aerial view of the chateau Nižbor (in foreground) and the...
Photo P. Pokorný, 2013. 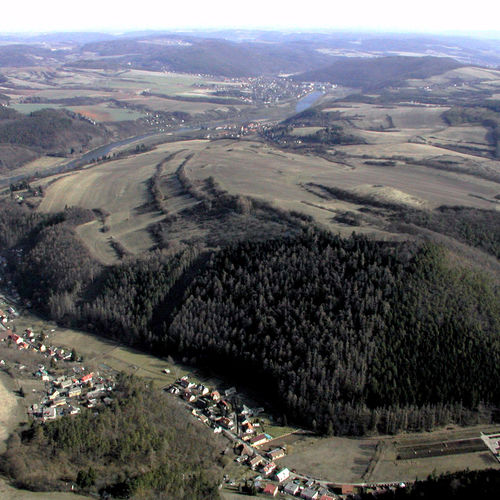 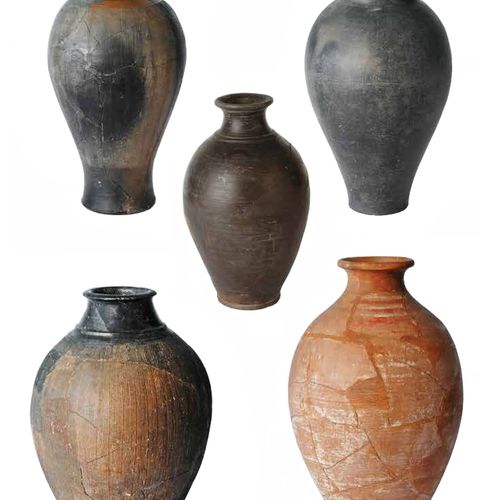 Finds of LaTene pottery from the oppidum at Stradonice.
After Valentová 2013.

Map notes: A1, A2, B–D – gates; E – the most distinct part of the fortifications known as the ‘High Border’; X – possible gate. Map symbols are available in the Downloads section. 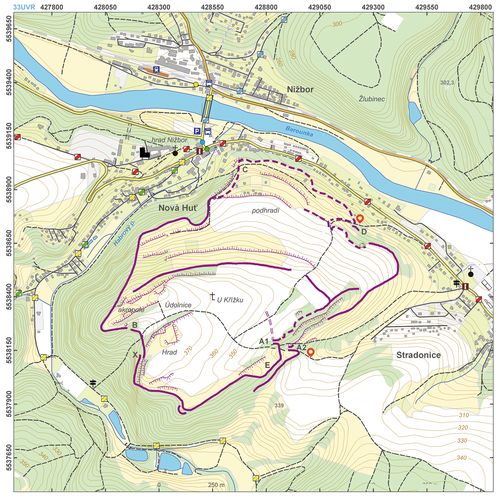