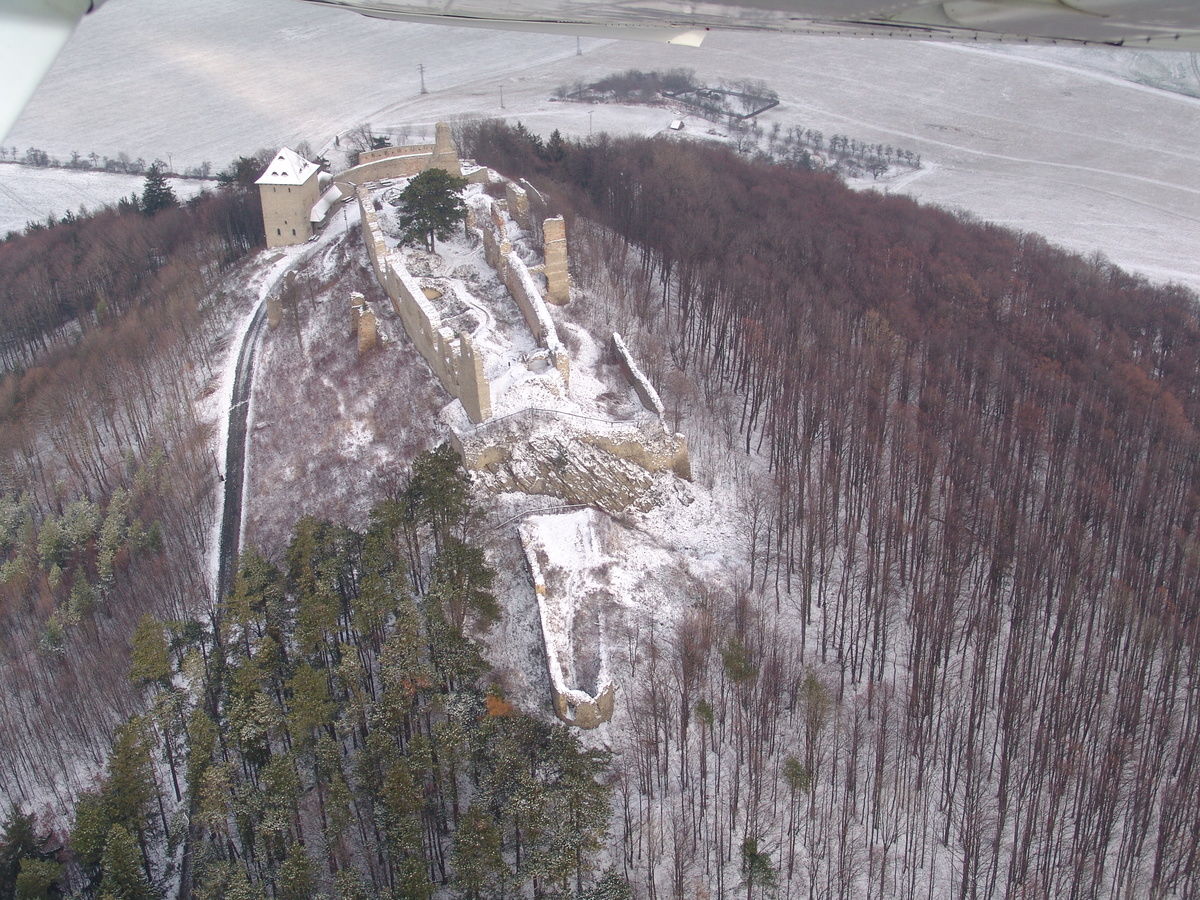 Aerial view from the south.

The area shows a dominant of the landscape with evidence of prehistoric and early historic settlement. It is also known for its remains of one of the oldest aristocratic castles in Moravia. The Starojický Mound was settled already in the Hallstatt Period and then by members of the Púchov culture. The high-medieval occupation started in the 1st half of the 13th century; in the 18th century, the castle decayed, and became a ruin in the course of the 19th century. The preserved remains of the upper ward consist of a bergfried-like tower and of a curtain wall with moat. In the late Gothic period, the fortification was enforced by a zwinger and a lower ward with still well preserved mighty prismatic tower. 'Žerotín Palace' stems from the Renaissance period; its interior shows the remains of original plaster. The castle is owned by the municipality of Starý Jičín, which is gradually reconstructing the walls and organizing social and cultural events in the area. 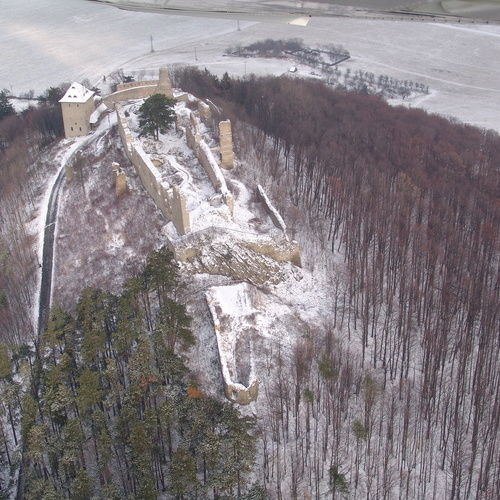 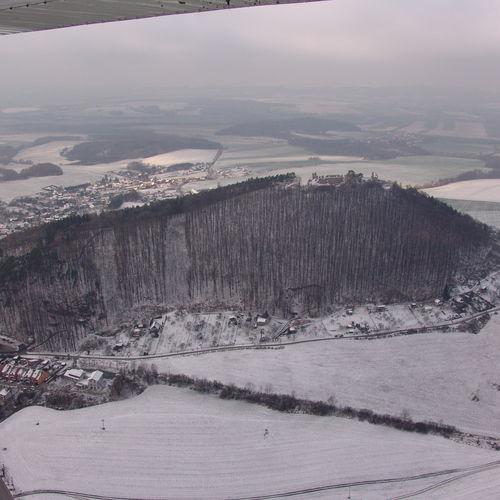 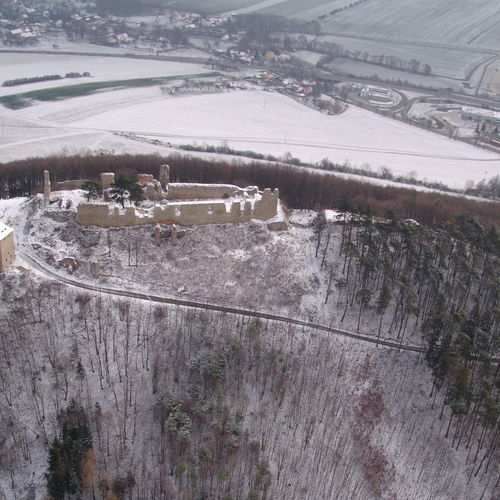 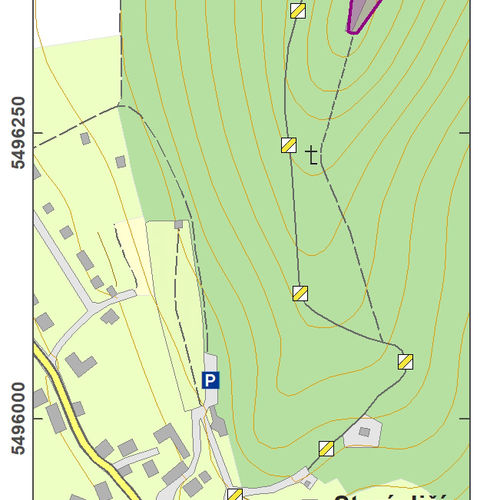 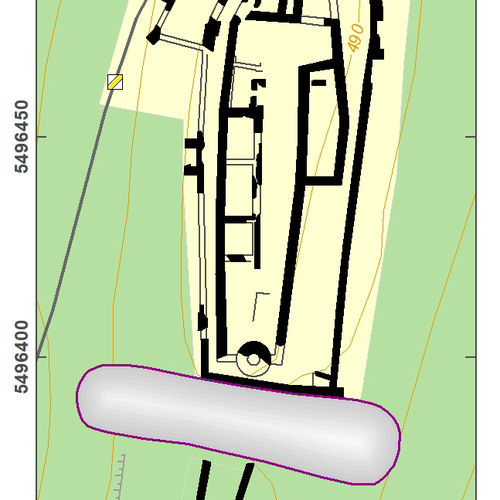