A Přemyslid hillfort of the 10th to 12th century. Similar to other fortified sites of this period, the site probably served to protect the Přemyslid domain in central Bohemia. Although its fortifications have not been properly studied so far, they clearly comprise a wood and earth rampart with a frontal stone screen wall. Based on fragments of human bones and tiles as well as other evidence, it appears that a church once stood at the acropolis. 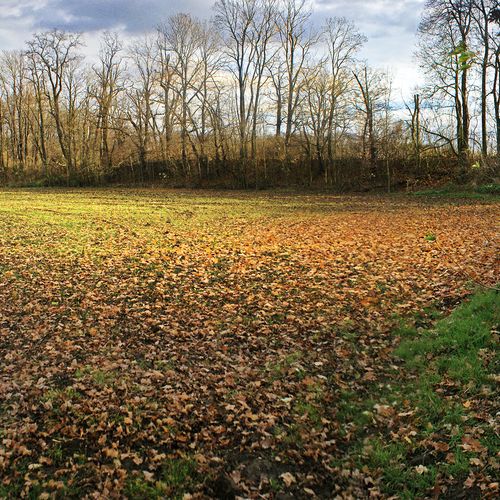 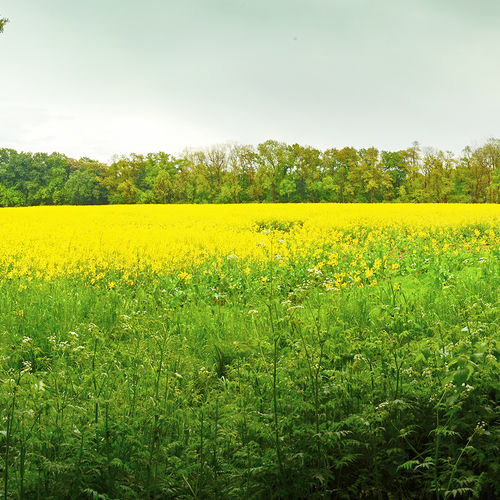 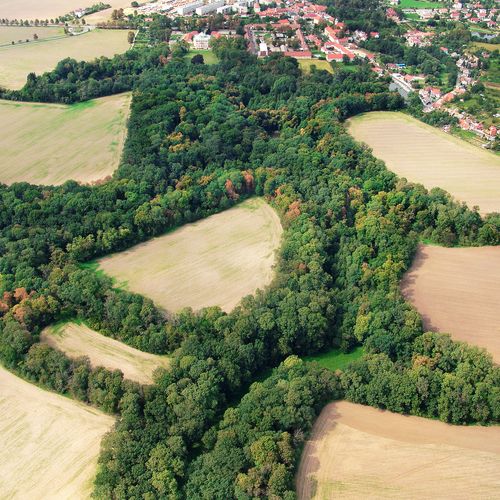 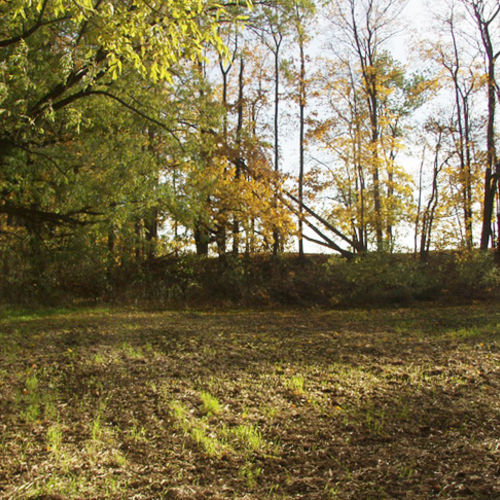 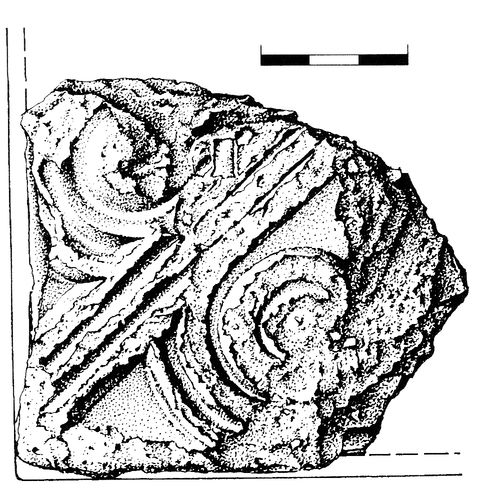 Romanesque floor tile from the hillfort's acropolis, prob...
After Daněček 2005. 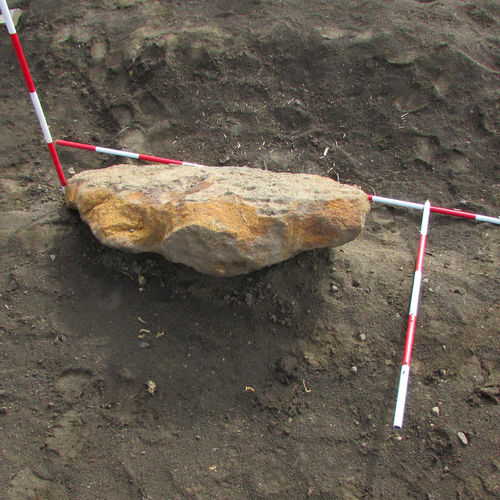 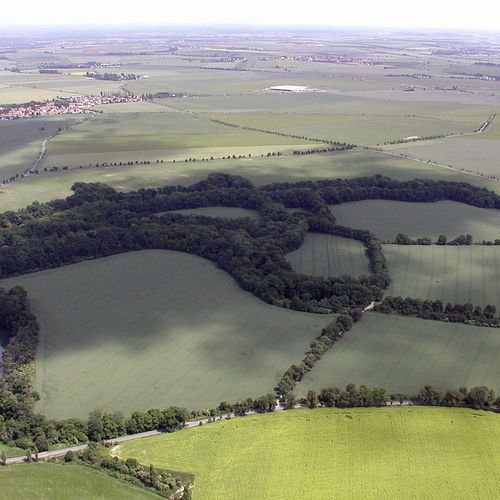 Picturesque valley of the chateau park in Vinoř with seve...
Photo M. Gojda, 2013. 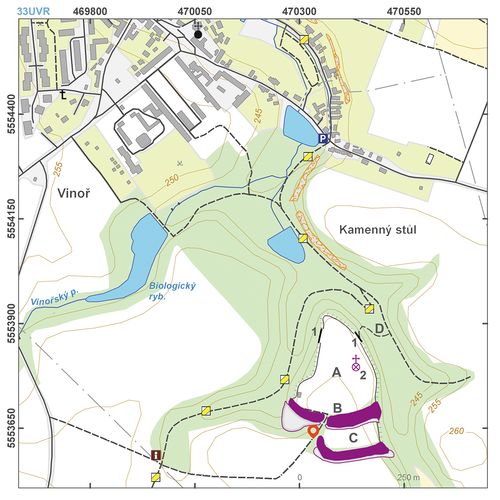 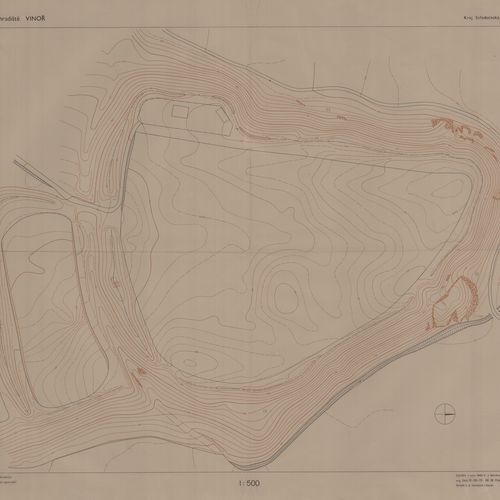 Colour process of archaeoogical evidence and hypsography.
Done by J. Morávek, 1983. Archives of the IoA, PY000725002.