Inner moat behind the inner bank.

The prehistoric ‘Radná’ hillfort at the ‘Starý Zámek’ site. The tripartite hillfort with three lines of well-preserved banks is typically located on a promontory. It is dated to the Bronze Age and the Hallstatt Period. Archaeological excavations conducted at the site unearthed several dwellings and settlement pits. Remains of cereals and legumes were discovered in a small ´cellar´ – storage pit – in one of the semi-sunken huts that also contained a large amount of pottery and clay loom weights. 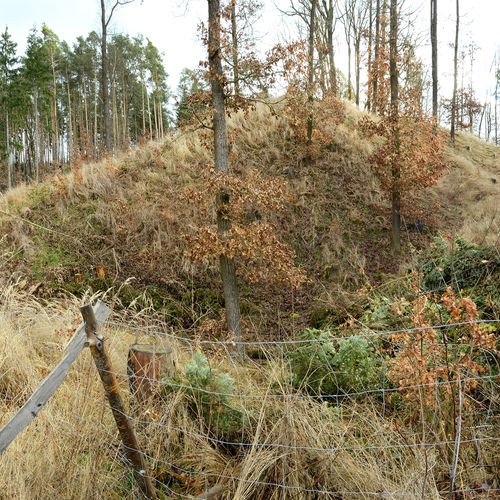 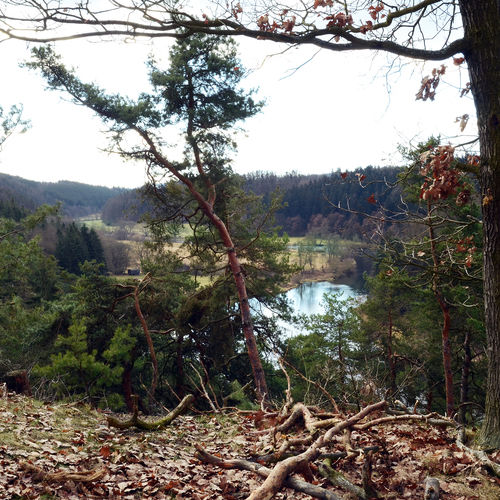 View from the hillfort across the Berounka valley.
Photo Z. Kačerová, 2014. 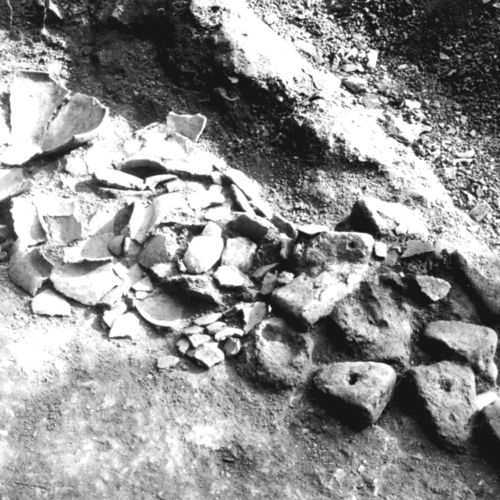 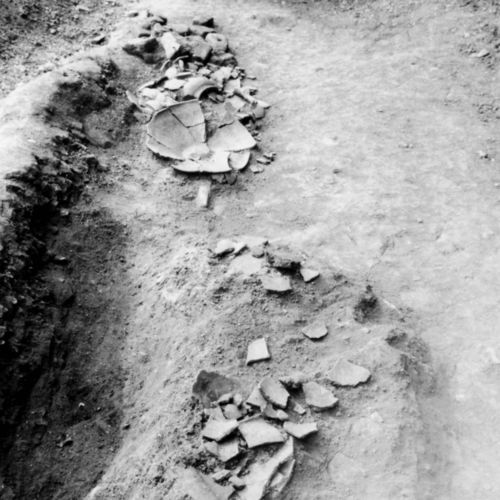 Dwelling No. IV during excavations of V. Klein in the yea... 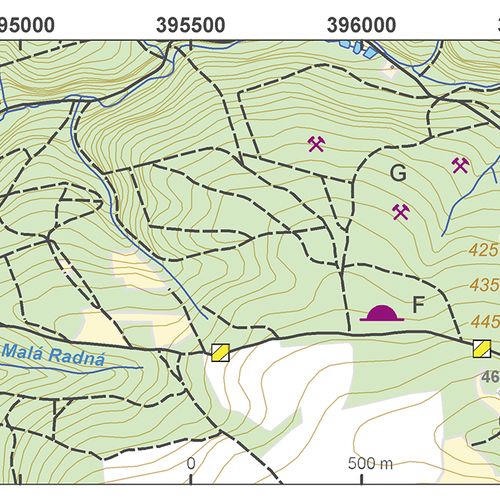 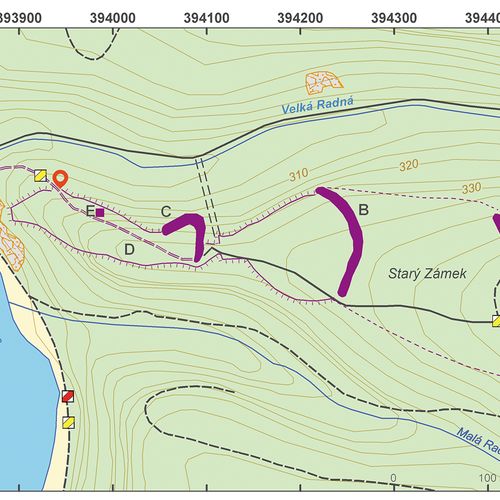