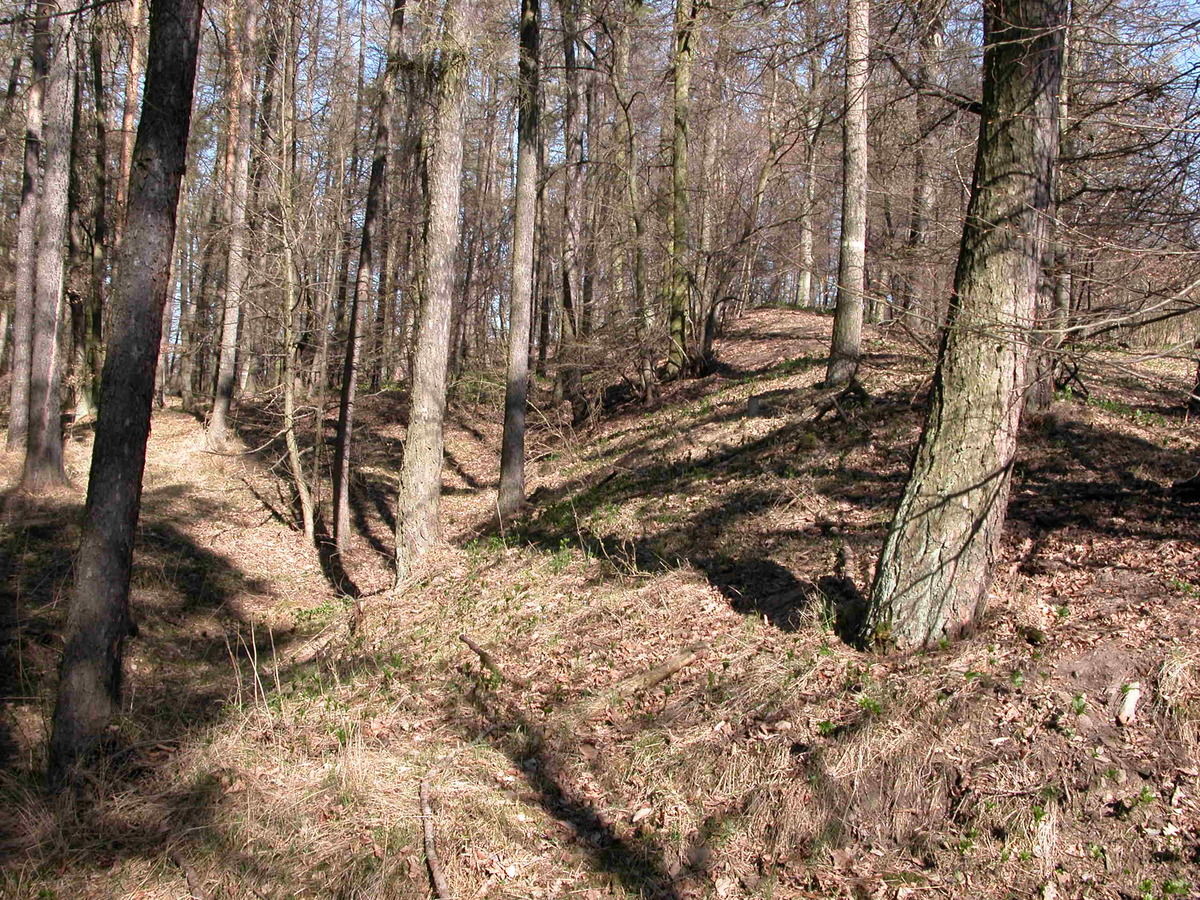 The fourth defence line of the west side.

The fortified settlement of Rmíz belongs among the most important social and power centres of the region in the Eneolithic. It is characterized by a vast and technologically highly developed fortification system and has yielded finds that are important for the study of Central Moravia in this period. The site was discovered in the 2nd half of the 19th century and intensively studied until the end of the 20th century. The sporadic settlement finds belong to the Moravian Painted Ware culture. Most of the fortification was erected in the Early Eneolithic; the Hallstatt Period witnessed the erection of a wooden wall with chambers, and the area was also used in the La Tène Period, occasionally in the Middle Ages and in the modern period. The 17.5-ha fortified area consists of an upper ward (ca 6.5 ha) protected by an earthwork and moat. In the north, the fortification shows three lines of moats and earthworks (the preserved crown of the earthwork lies from 0.9 to 2.7 m above the moat), which are still visible in the terrain. 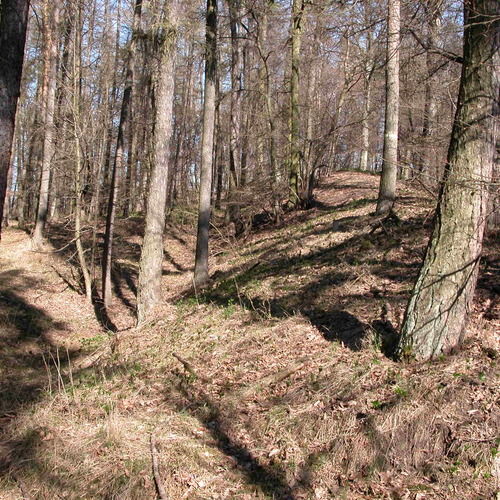 The fourth defence line of the west side.
Photo H. Dehnerová. 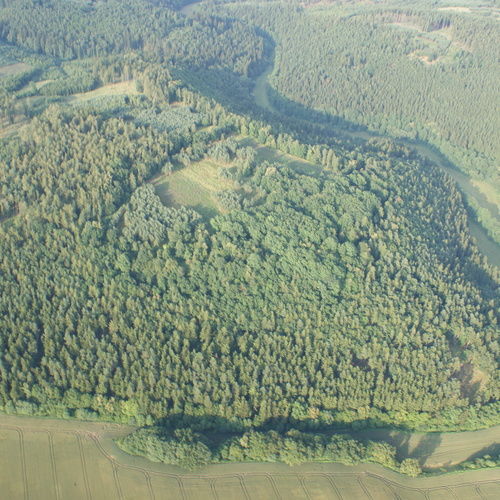 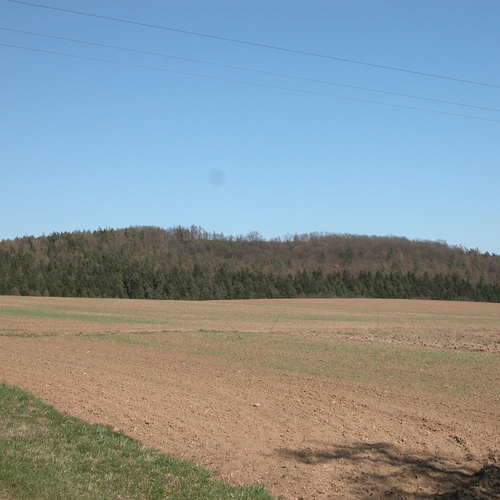 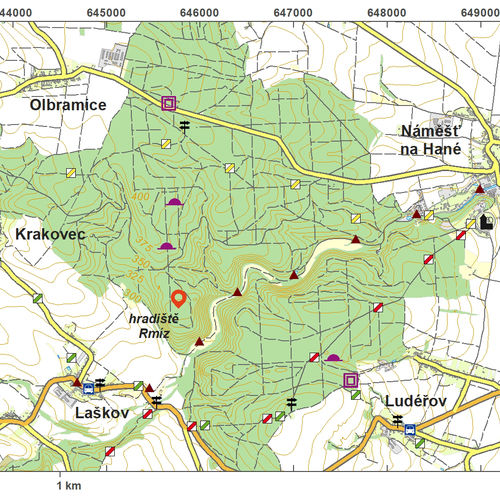 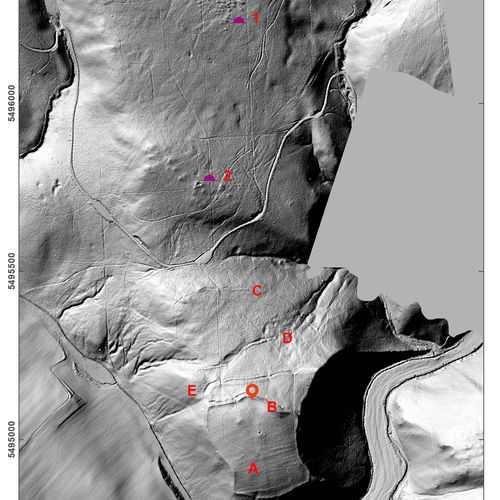