Remains of a octogonal bergfrit in front of the castle core.

Medieval ‘Příběnice’ Castle was built in the first half of the 13th century as the most demanding architectural enterprise undertaken by the south Bohemian aristocratic Vítek family. It was once connected by a bridge over the Lužnice River to the nearby ‘Příběničky’ Castle, with which it also shared its production hinterland. The castle consisted of a central area (core), a bailey and a ‘latrán’ – a production and trade centre of an urban character (suburb). During the 15th century, Rožmberks (south Bohemian catholic noble family) imprisoned Hussite priests in ‘Příběnice’. Therefore, Hussites from the town of Tábor laid siege to the castle and captured it. At the end of the Hussite Wars the castle and the entire agglomeration were destroyed as a result of the agreement between the warring parties. 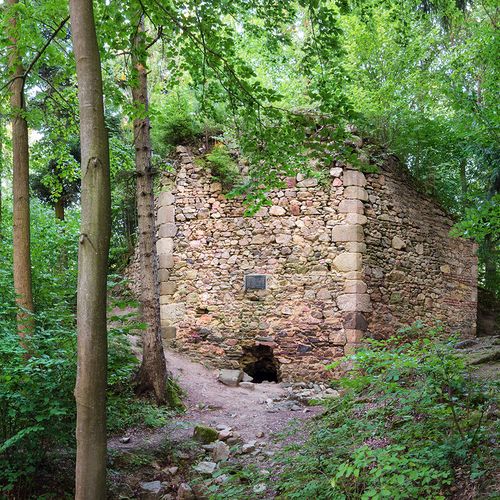 Remains of a octogonal bergfrit in front of the castle co...
Photo Z. Kačerová, 2014. 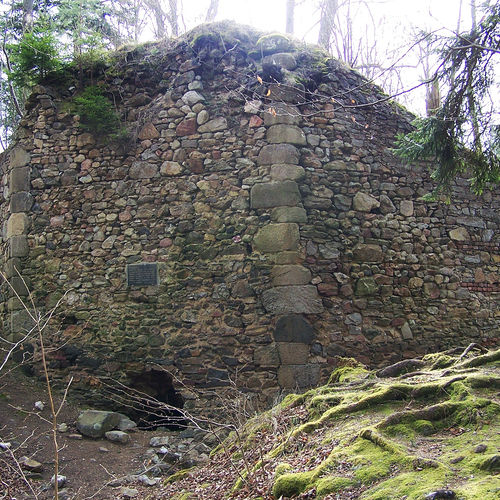 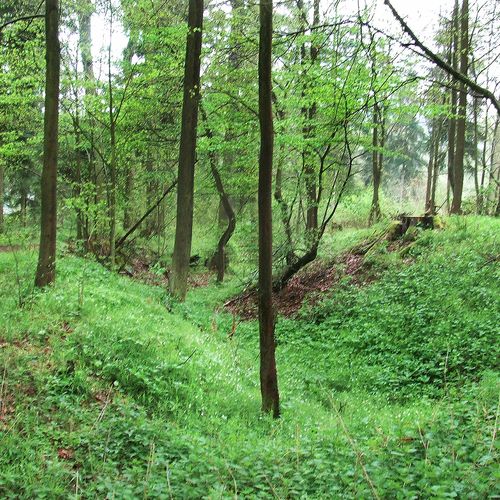 A hollow way leading from the first gateway to the castle...
Photo J. Hložek, 2006. 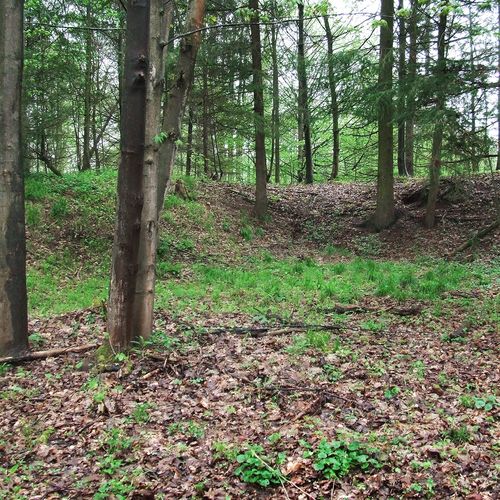 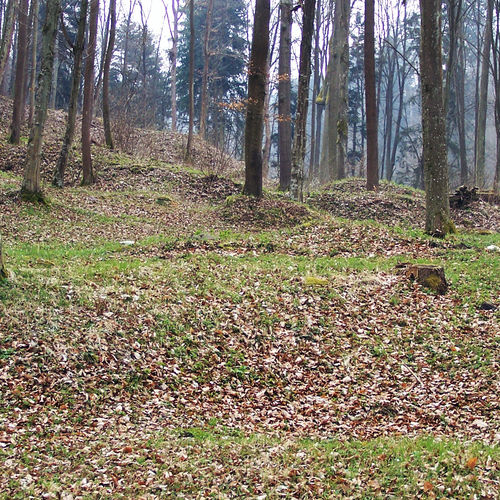 Map notes: A – castle central area; B – bailey; C – ‘latrán’ (suburb); D – siege camp; E – ditch between the castle and the bailey; F – ditch between the bailey and the castle foregrounds; G – path from the suburb to the castle; H – keep; I – courtyard; J – palace complex; K – square tower; L – corridor between first courtyard and the palace; M – suburb fortifications; N – Zwinger (‘parkán’ in Czech, zone between two lines of defensive walls) with two bastion-like features; O –passage over the ditch; Q – path through the bailey towards the castle; R – path to the suburb; S – location of the first gate; T – remains of buildings within the suburb; U – bridge foundations; V – siege fortifications; X – hollow ways; Y – deserted manorial farm. Map symbols are available in the Downloads section. 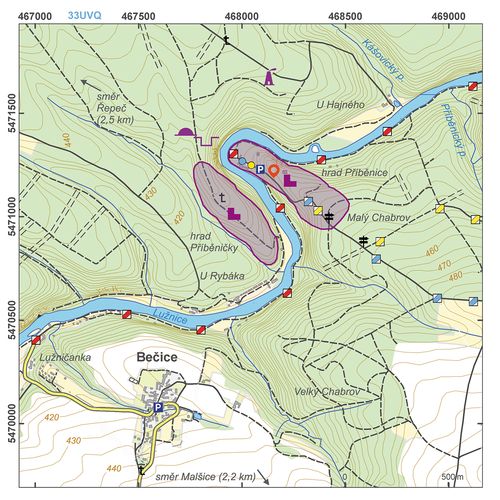 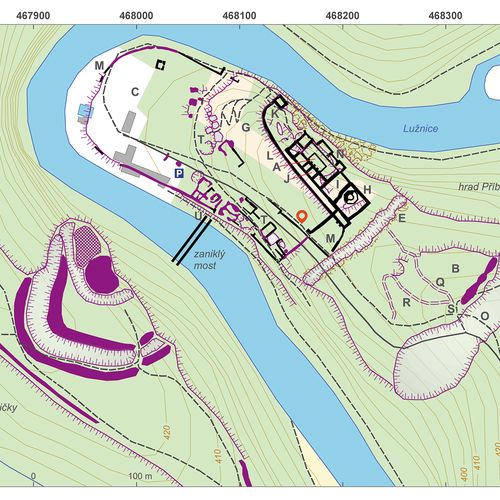