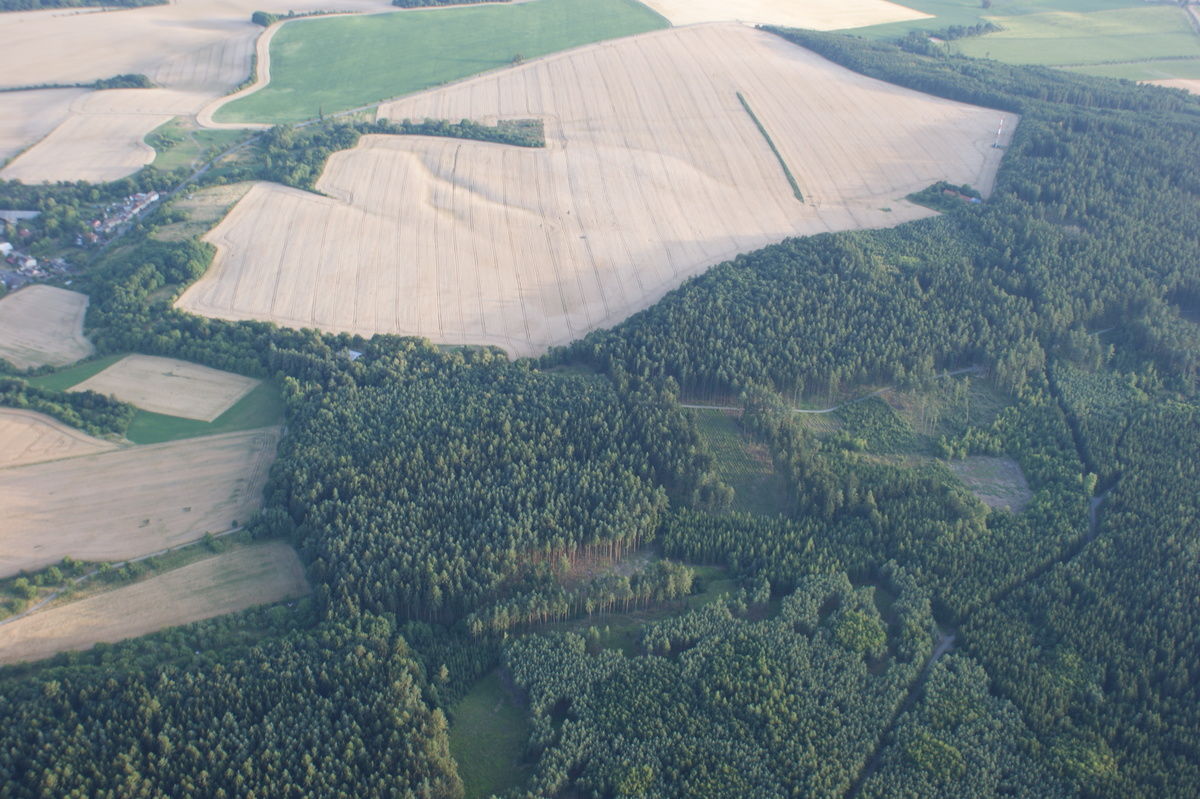 Aerial view of the Švédské šance (‘Swedish Sconces’) from the north.

Despite being sometimes interpreted as a ‘Viereckschanze’, an enclosed rectangular area of the La Tène period, it is most probably the remains of a field fortification from the Thirty Years’ War with well-preserved witnesses of a modern period military conflict. Nearby, there is another field fortification with similar state of preservation and features. The redoubt near Ludéřov is formed by an earthwork with inner surface over 1–2 m and a V-shaped ditch 3–4 m below the summit of the earthwork. The modern admirers of Celtic culture and defenders of the prehistoric origin of the feature have erected a menhir. The area is covered with coniferous forest and bushes. 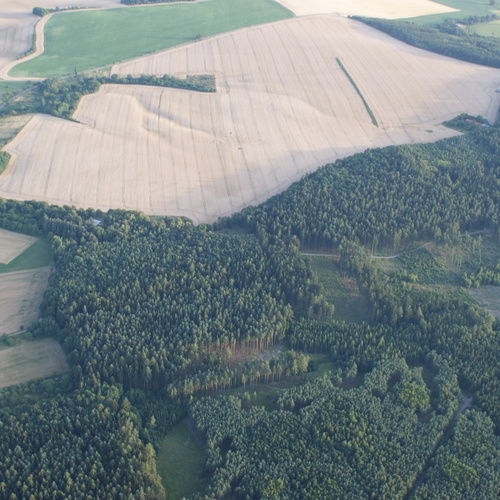 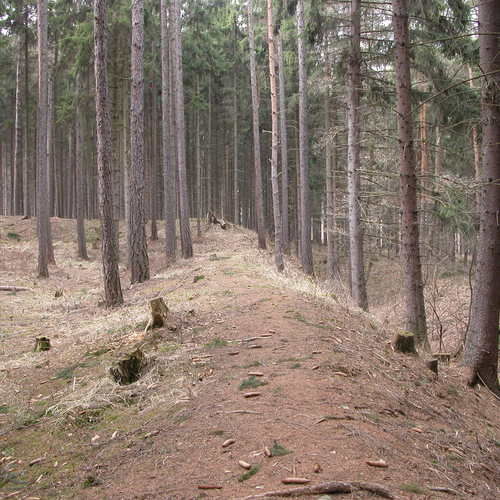 Earthwork and V-shaped ditch on the north part of the sco...
Photo P. Šlézar. 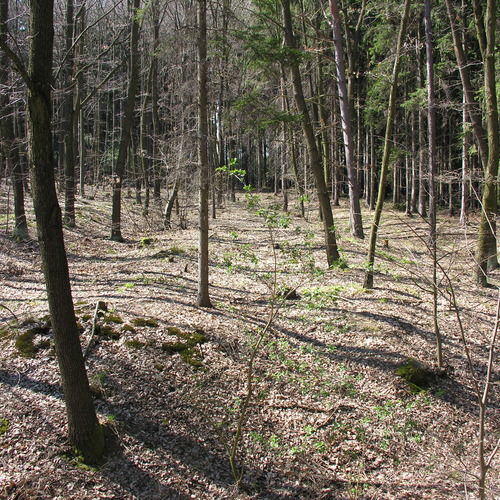 Remains of hollow ways in the south-eastern part of the i...
Photo P. Šlézar. 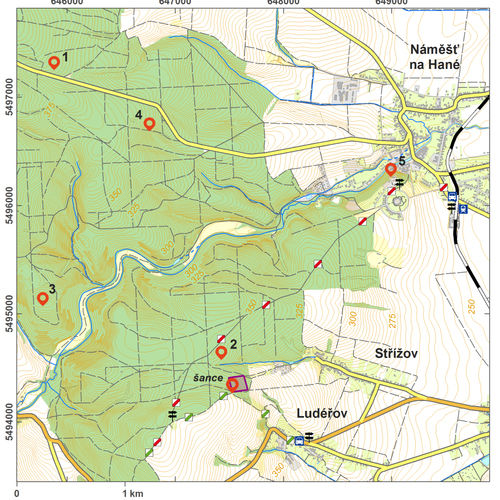 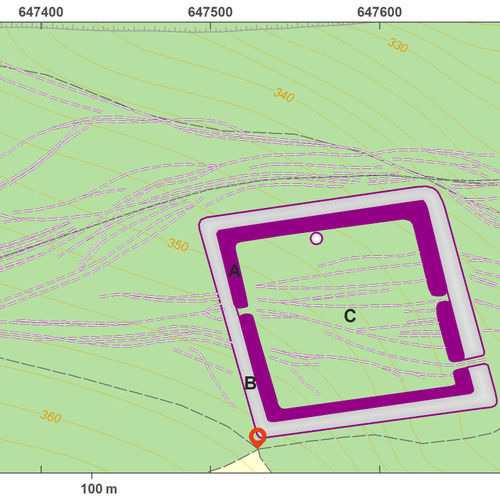