Castle core divided from the bailey by a large moat.

The Castle of Litice, one of the earliest nobility castles in Bohemia, was founded in the first half of the 13th century by the Drslavice family. The dominant features of the castle were a round keep and a two-wing palace. The castle was later owned by the monastery of Chotěšov, and in the 16th century it was probably used only for economic purposes. During the Second World War the German army built a checkpoint here. 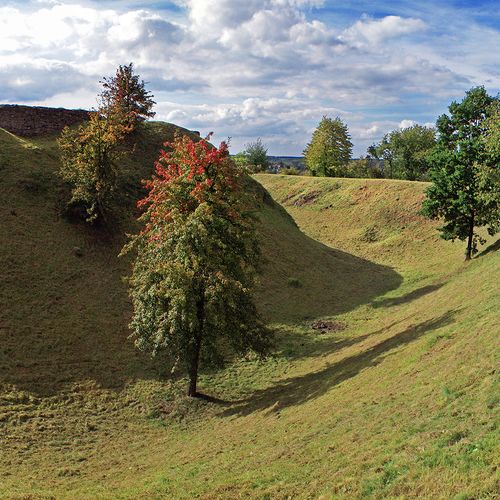 Castle core divided from the bailey by a large moat.
Photo J. Marounek, 2010. 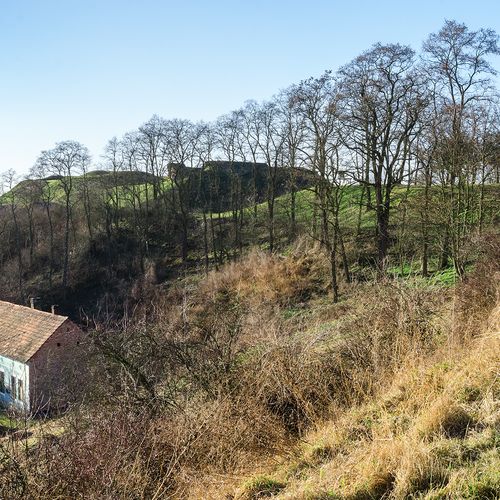 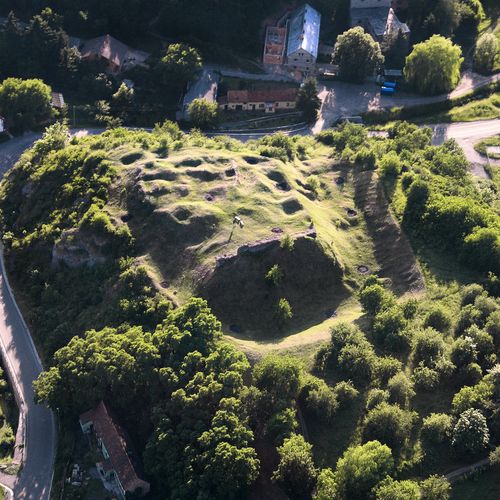 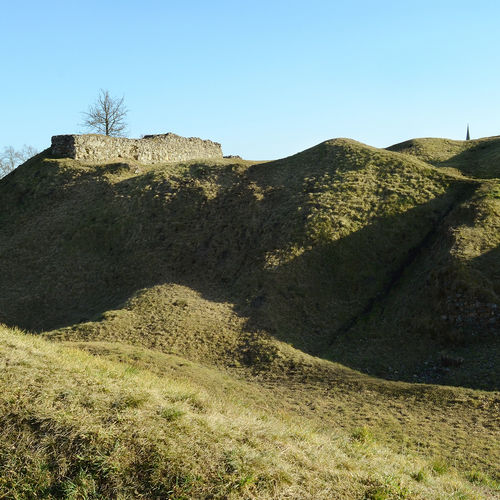 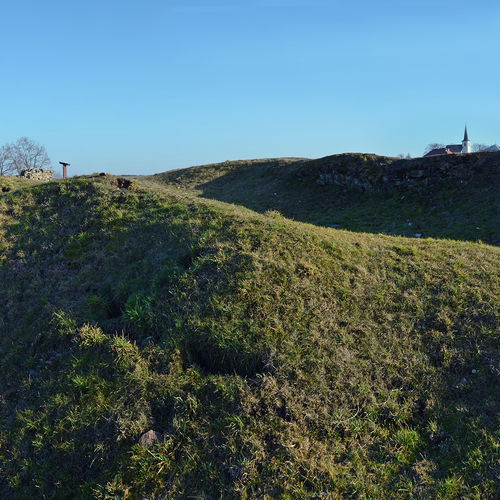 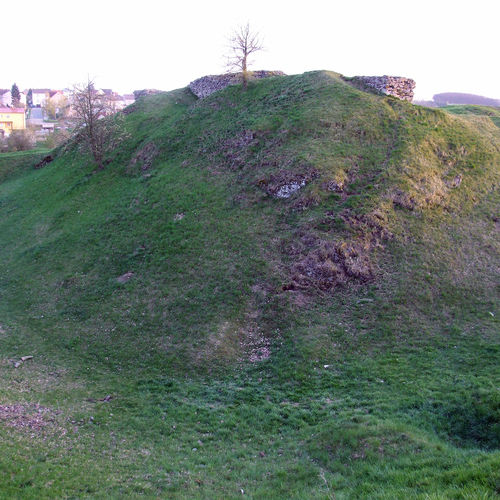 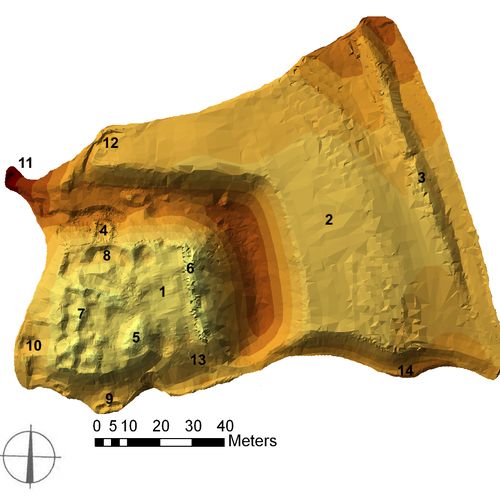 3D visualisation of the castle with foregrounds.
After Hložek 2012.

Map notes: A – castle; B – bailey; C – double neck ditch with two banks (only one is visible); D – ditch carved into the rock; E – protruding gate tower; F – remains of keep; G – palace; H – additional buildings; I – earthwork between the castle and the bailey; J – path from castle to the suburb; K – ‘parkán’ (in German Zwinger, a space between the outer and the inner defensive walls); L – checkpoint of the Second World War; M – remains of houses in the Zwinger area; N – checkpoint or machine gun nest from the Second World War; O – trench of the Second World War. Map symbols are available in the Downloads section. 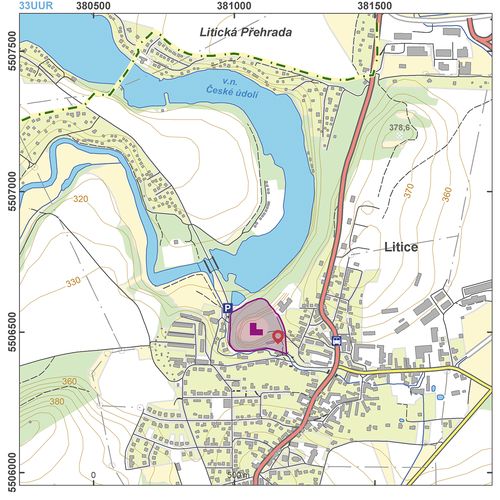 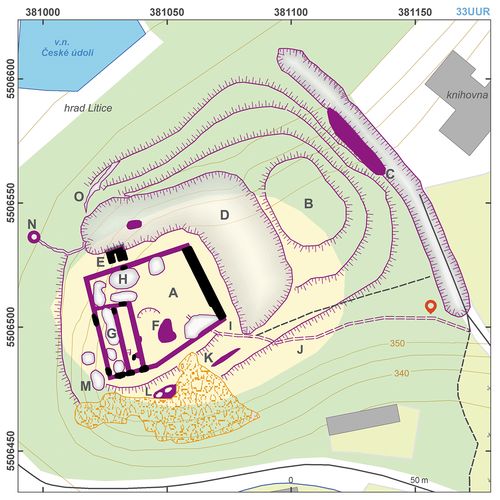