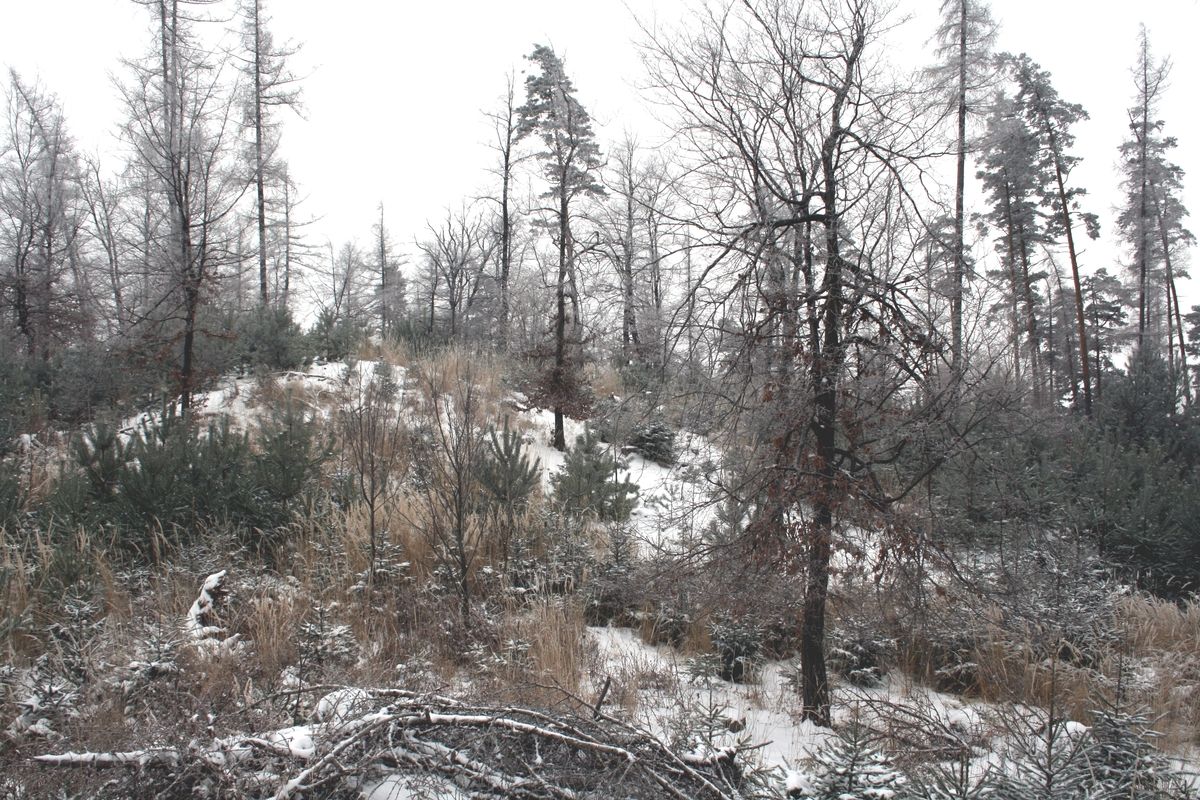 Area of the hillfort with the peak of Kostelecký vrch.

The Bronze Age hillfort at the mound of Kostelecký vrch represents one of two hillforts controlling the highly frequented territory above the confluence of the Opava and Opavice Rivers. It was discovered already in the 1920s; a single archaeological excavation, however, was undertaken only in 1955. Among the finds are a number of ceramic fragments from the Hallstatt phase of the Urnfield culture. The area spreads over a surface of about 7 ha, and is protected by a 1.5–2.0-m-high curved earthwork from the west, north and east. On the north side, a pincer gate was excavated, which, contrary to the earthworks, is not well visible in the terrain any more. 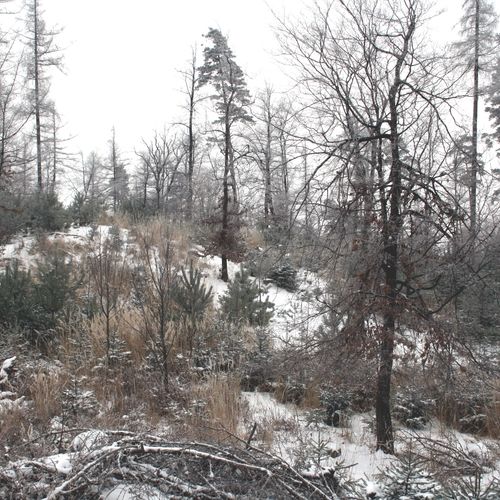 Area of the hillfort with the peak of Kostelecký vrch.
Photo M. Zezulová, 2013. 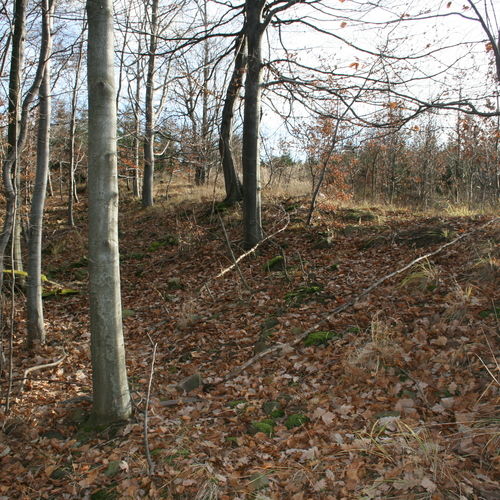 View of the earthwork in the eastern part of the hillfort.
Photo M. Zezulová, 2014. 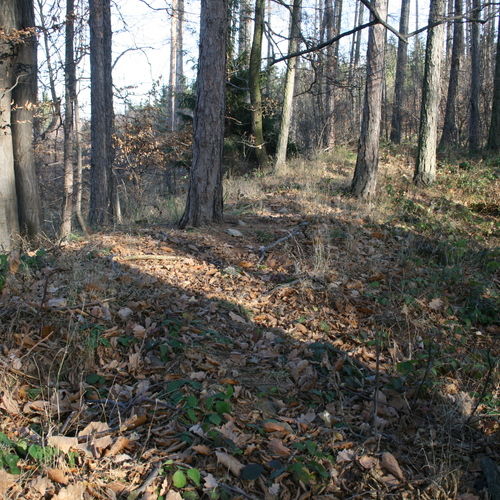 Remains of the rampart in the western part of the hillfort.
Photo M. Zezulová, 2014. 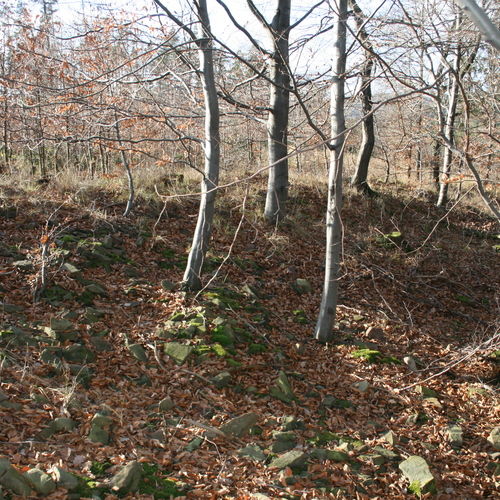 Disturbed rampart in the east part of the hillfort.
Photo M. Zezulová, 2014. 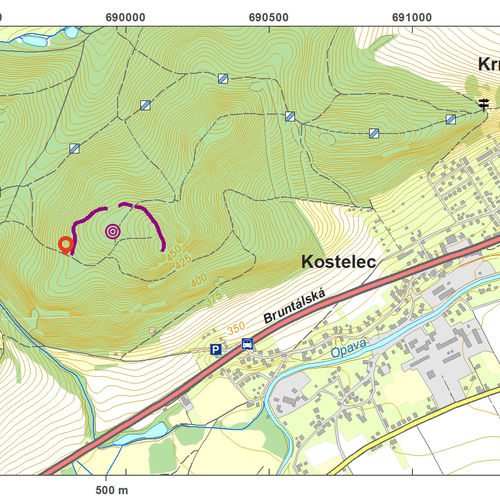 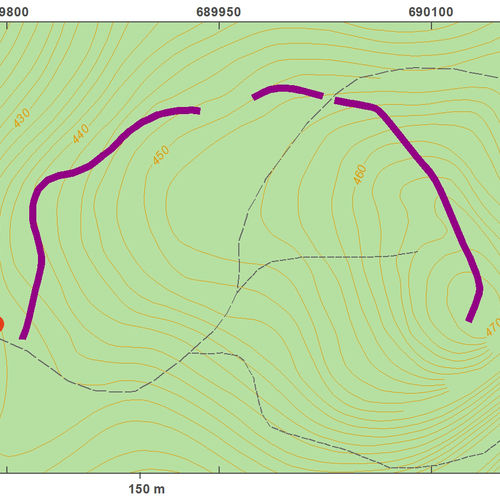