View of the acropolis, taken from southwest; trees cover the banks' course.

The Early Medieval hillfort of ‘Budeč’ is traditionally connected with the memory of St Wenceslaus (Václav). The fortification here was built at the turn of the 10th century, at the same time as the Rotunda of Sts Peter and Paul, the oldest standing church in Bohemia. Parts of the fortified acropolis, an Early Medieval cemetery and settlement remains at the bailey were uncovered during long-term archaeological excavations in the 1970s and 1980s. The stronghold was heavily damaged in the first half of the 10th century, and a mass grave found at the site ‘Na Týnici’ (with 30-60 skeletons of young men) probably also dates to this period. After the hillfort was repaired, a new Church of the Virgin Mary was erected. The site was used by the Bohemian ruling family until the mid 13th century. 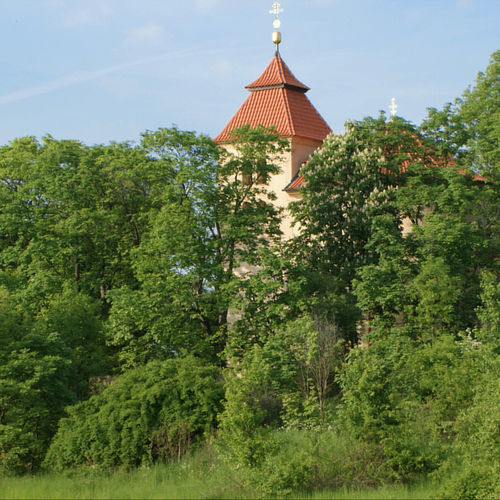 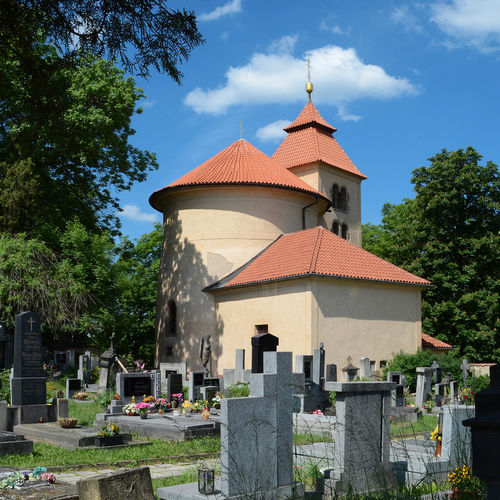 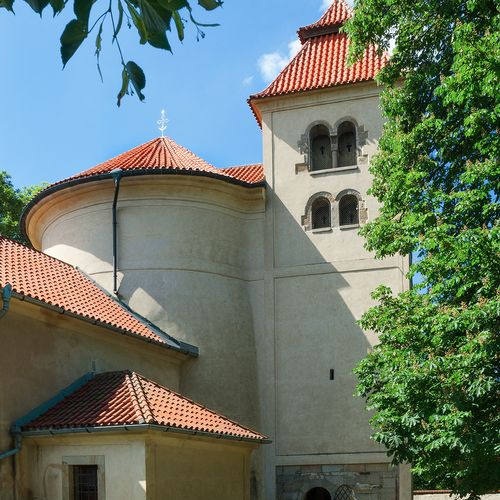 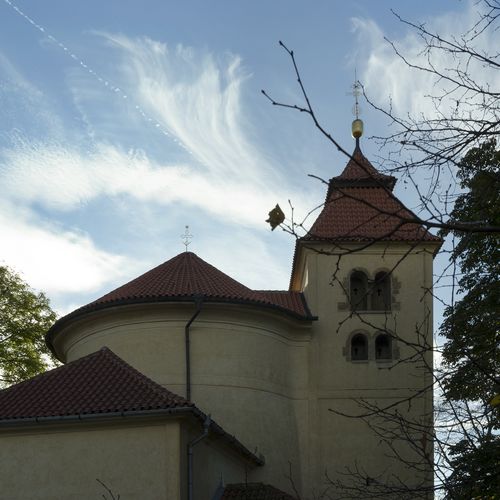 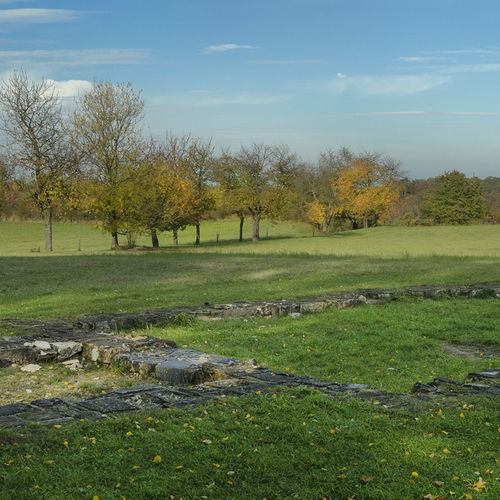 Groundplan of Our Lady church during excavations.
Photo Z. Kačerová, 2013. 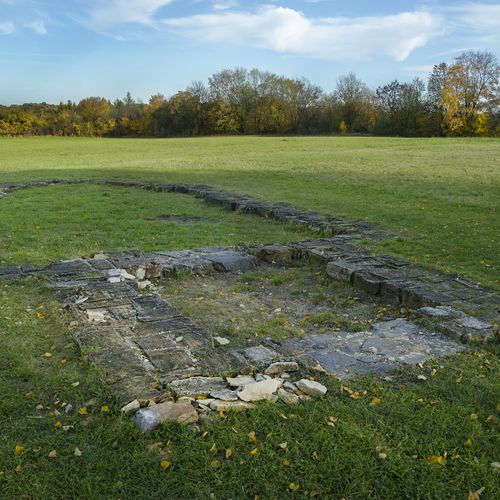 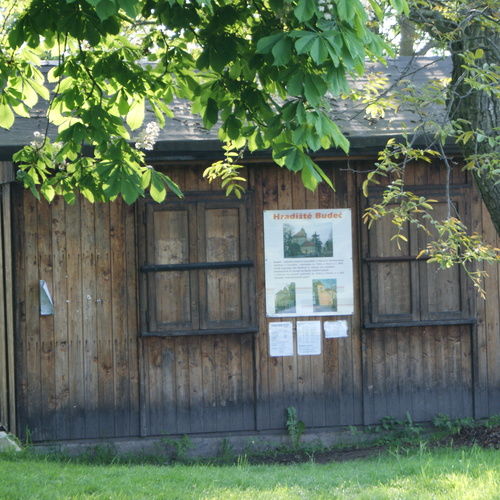 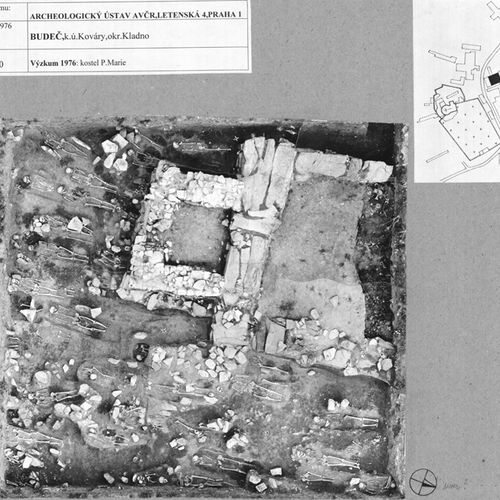 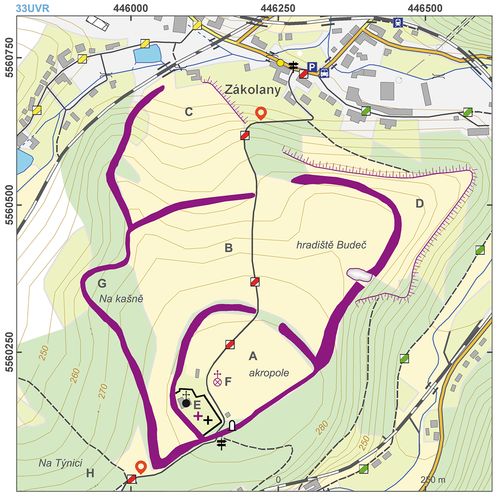 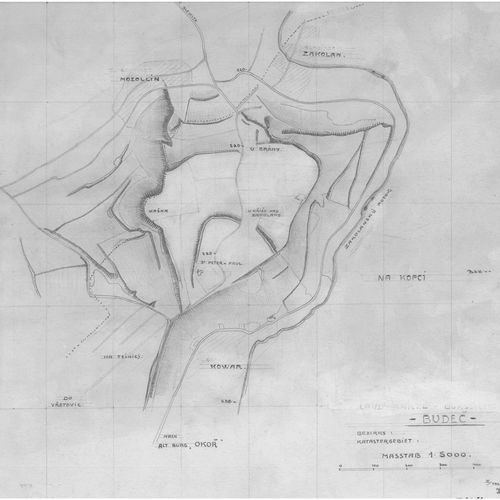