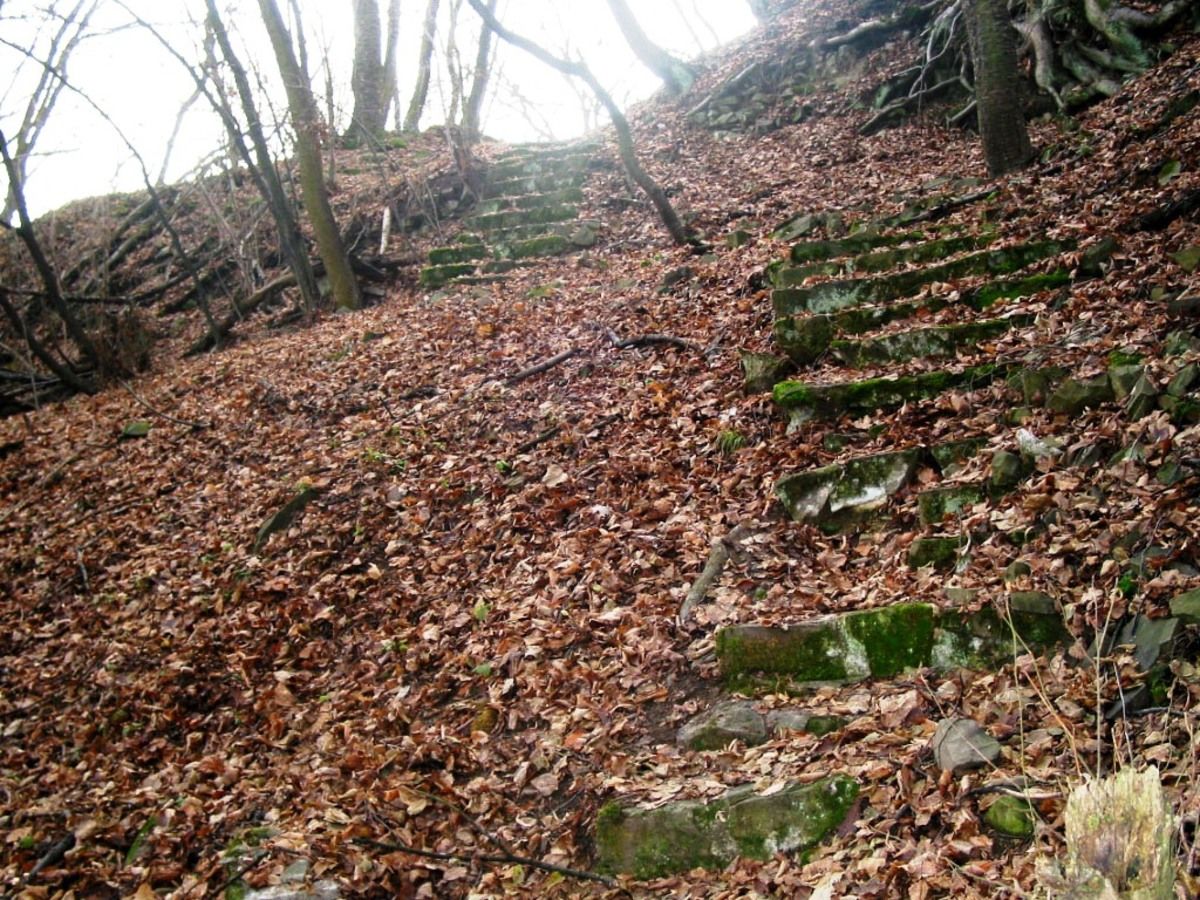 Stone stairs in the south-eastern part.

The medieval castle of Melice was an important administrative centre of the bishopric and of the episcopal jurisdiction. It was erected by Bishop Jan Volek of Olomouc in the 1st half of the 14th century. The construction stressed the prestige of the builders rather than the defensive function, which turned out to be fatal in the 1st half of the 15th century, when it was conquered by Hussite soldiers. The first excavation was undertaken at the end of the 19th and in the 1st half of the 20th centuries. The castle was entered by a 120-m-long outer ward, by an access road with a bridge over the moat. The upper ward shows a four-winged layout and was protected by an up to 2.5-m-thick wall. A chapel was situated at the north side. Gothic tiles from a pompous stove in the episcopal chamber on the 2nd floor of the residential apartments count among the unique finds. The ruins are part of the Melice educational trail, which includes historical and natural sights in the surroundings of Pustiměř. 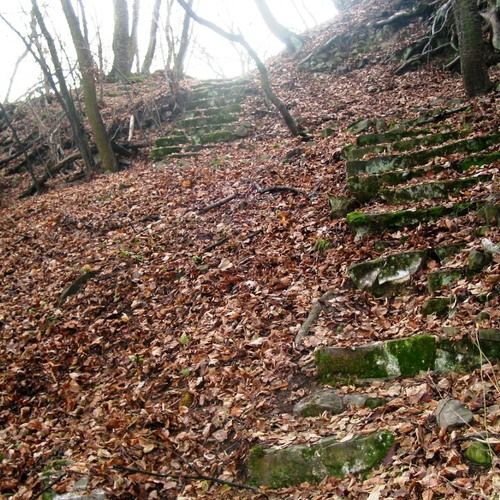 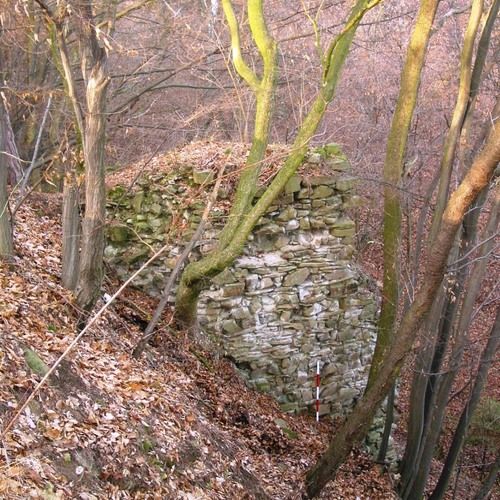 Outer buttress of the defence wall in the north-eastern p...
Photo T. Zeman, 2003. 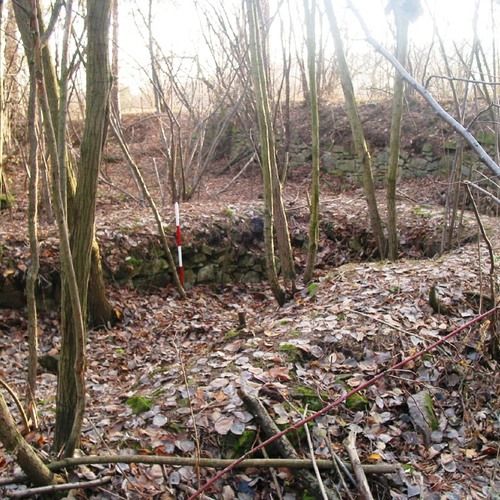 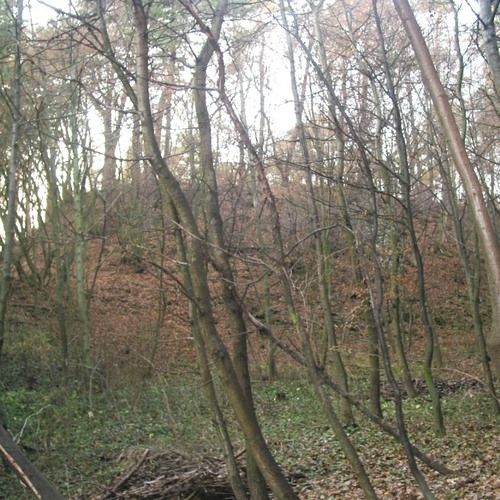 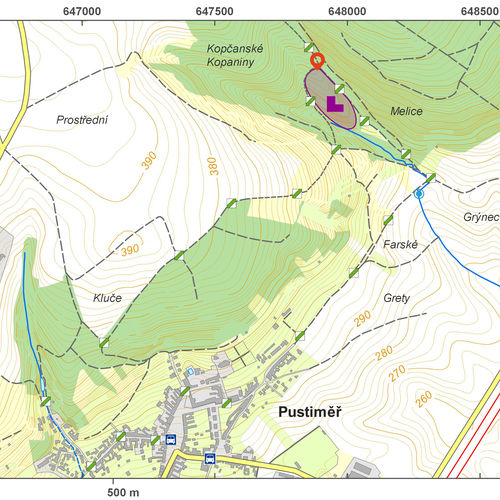 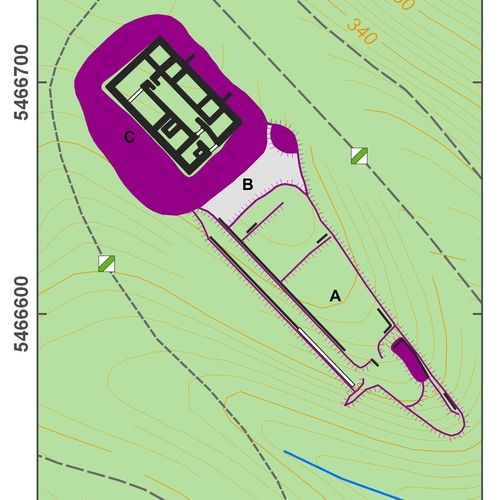