A menhir, representing one of few megalithic monuments in Bohemia. Similar standing stones are most often dated to the Eneolithic and probably served as burial monuments or ritual sites; it is also possible that they were used as navigation points. A wide range of legends are often connected to menhirs. The menhir in Klobuky is also known as the ‘Petrified Shepherd’ and was reputedly once surrounded by a herd of stone sheep. Its dating is unclear. An aerial photograph shows a trapezoid feature visible in the field not far from the menhir – according to its shape and size this might hypothetically be an Eneolithic burial monument. 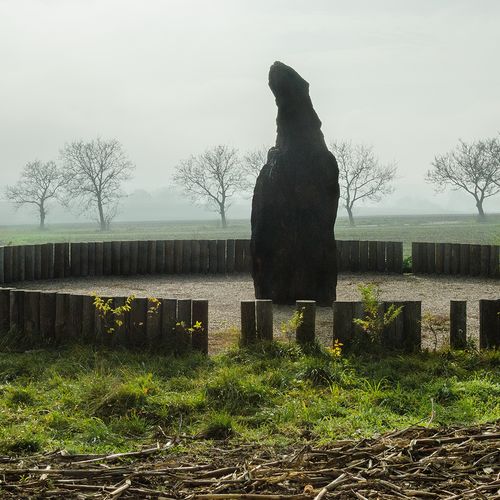 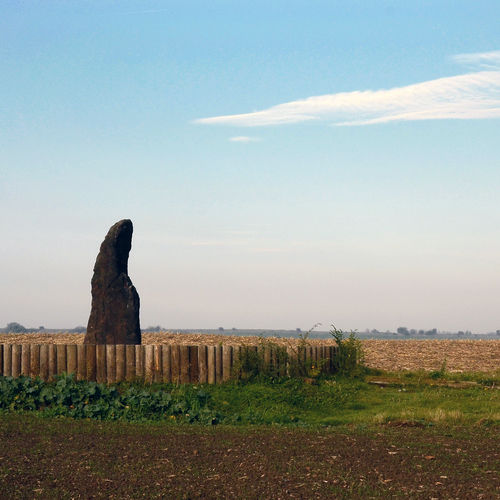 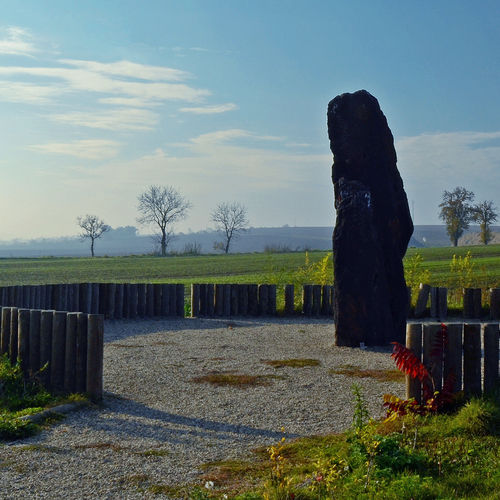 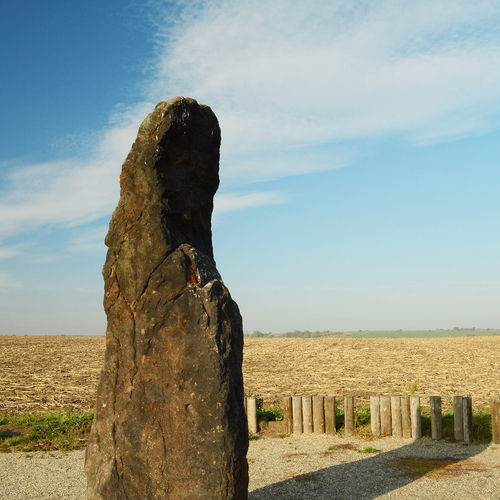 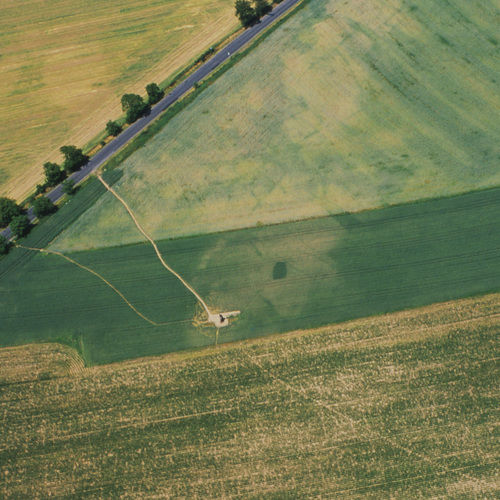 Aerial view of the menhir and crop marks in its vicinity.
Photo Z. Smrž, 2009. 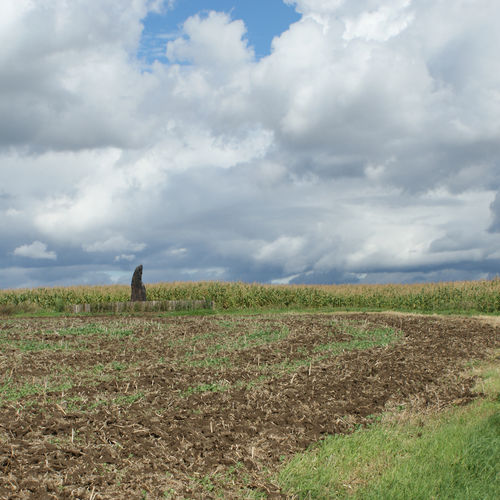 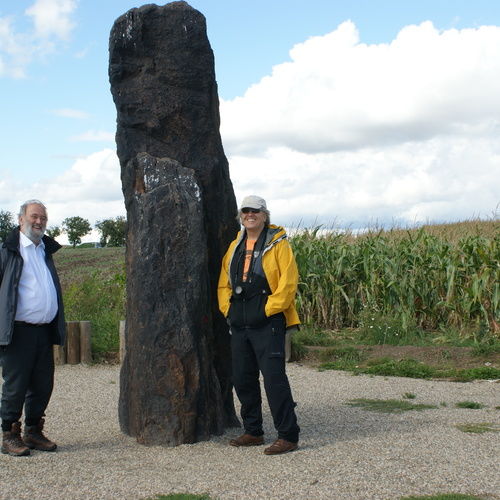 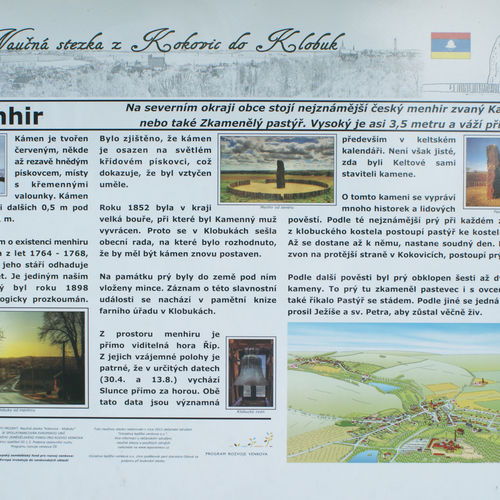 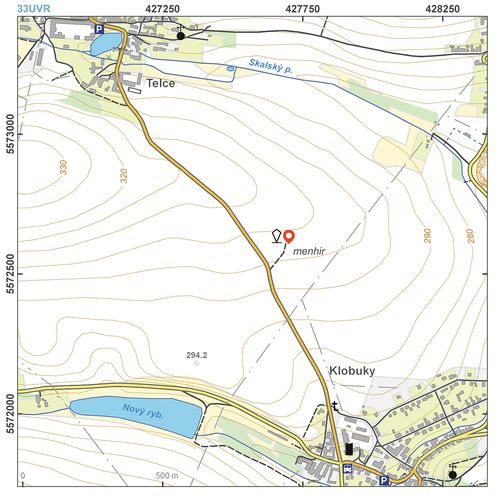