Prehistorc and Early Medieval bank with a ditch.

In the 8th century AD, the prehistoric hillfort at ‘Staré Zámky’ became one of the first Early Medieval fortified centres in Bohemia; together with other hillforts, it formed an interesting group of centres in the eastern part of today’s central Bohemia. The promontory was thought to have been surrounded by eight lines of fortifications built in various periods but, as archaeologists believe today, most of them (with the exceptions of A and B) may also represent medieval field boundaries. A small castle (‘Šember’) belonging to the Church was built on the tip of the promontory in the 14th century and probably destroyed during the Hussite Wars. 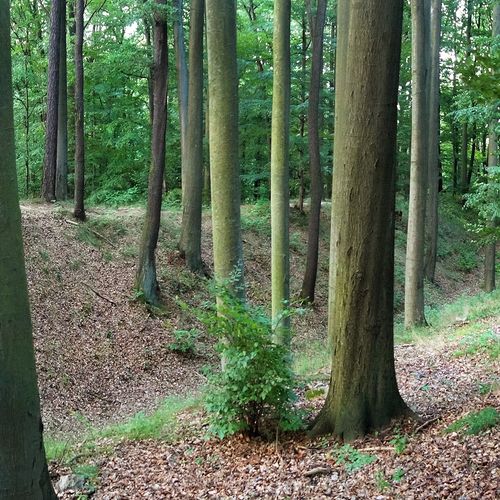 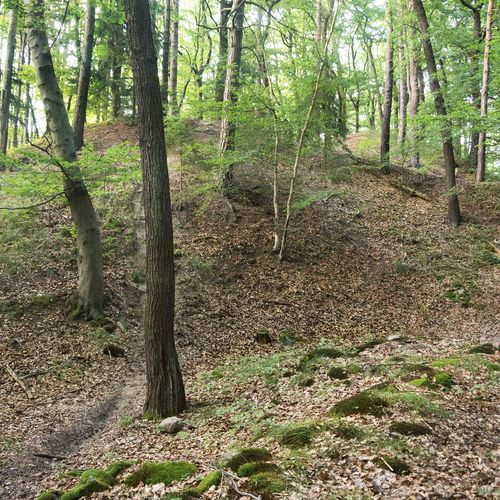 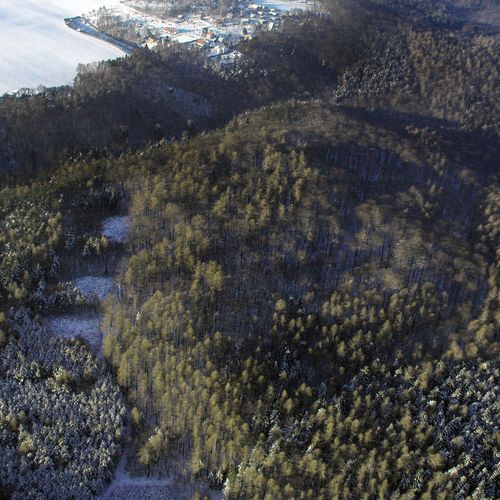 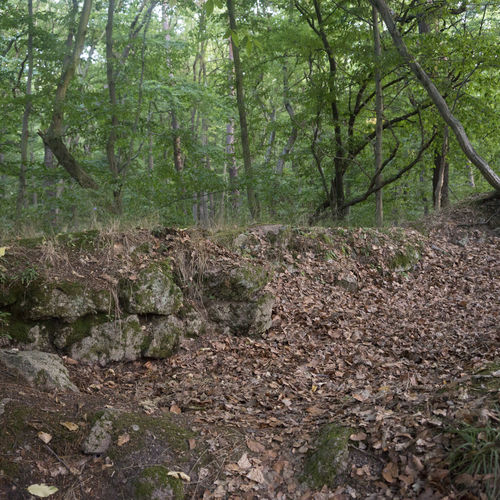 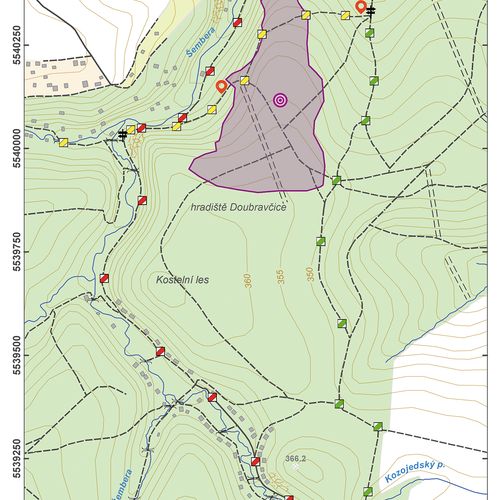 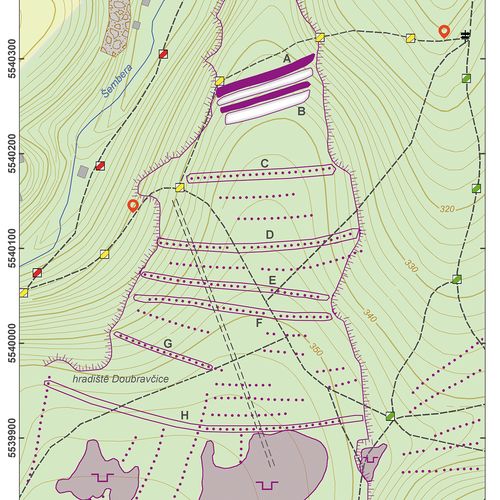