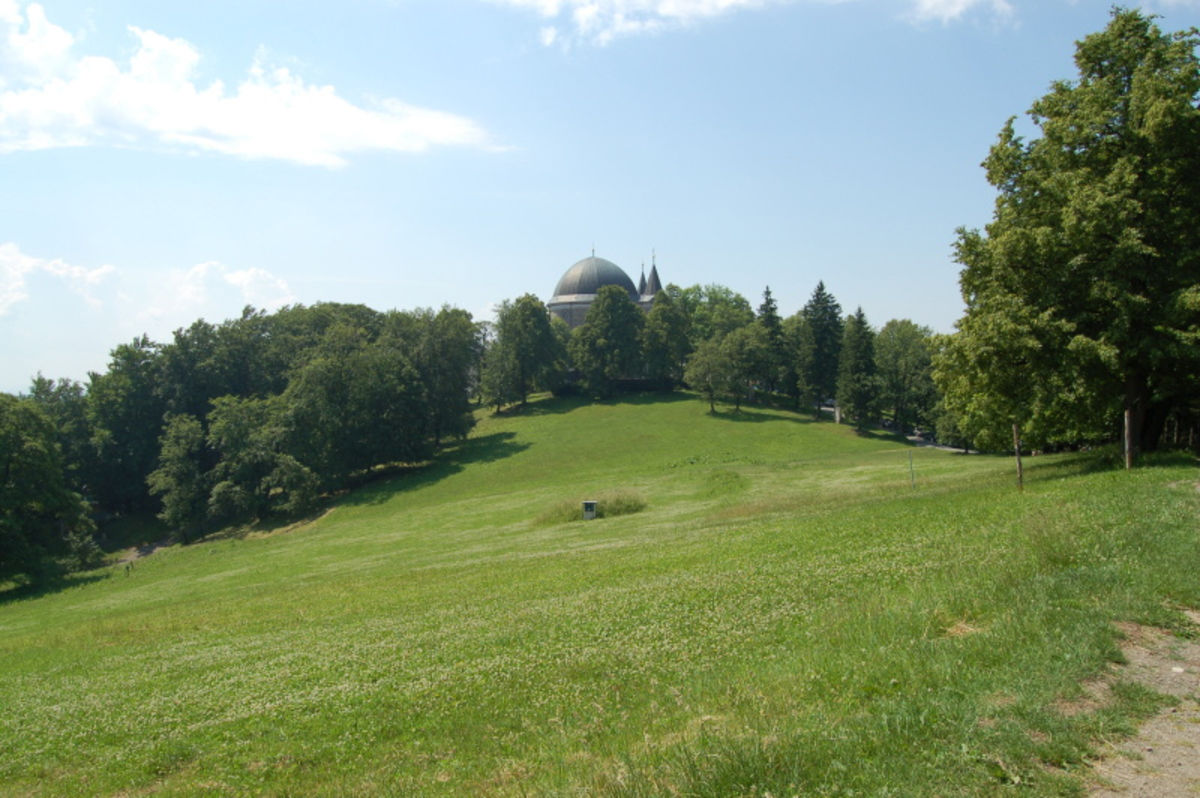 View of the south part of the hillfort area.

The prehistoric hillfort and Celtic oppidum of Hostýn is situated in a strategic position to control far-distance trade on the Amber Road. The first mention of the site stems from 1672; the archaeological research started in the last quarter of the 19th century and continues, occasionally, to date. We have evidence of a complicated development of this site, which was founded in the Bronze Age, was used during the Hallstatt Period, turned into an oppidum in the La Tène Period and was sporadically occupied in the Early Middle Ages. Since the 17th century, Hostýn was a pilgrimage site, which is witnessed by a Baroque church on the grassy surface of the upper ward. The hillfort of around 20 ha has an oval ground plan. Today, visitors can still see the mighty fortification system – a 4 m high earthwork on the perimeter (in the south-west up to 8 m high, with the original entrance in the shape of a pincer gate) and a ditch in front of it. 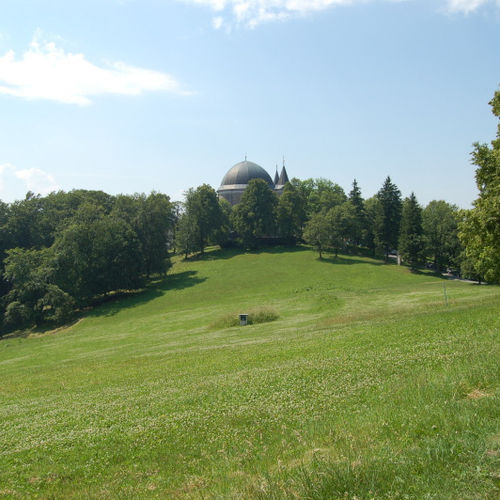 View of the south part of the hillfort area.
Photo P. Vachůt, 2007. 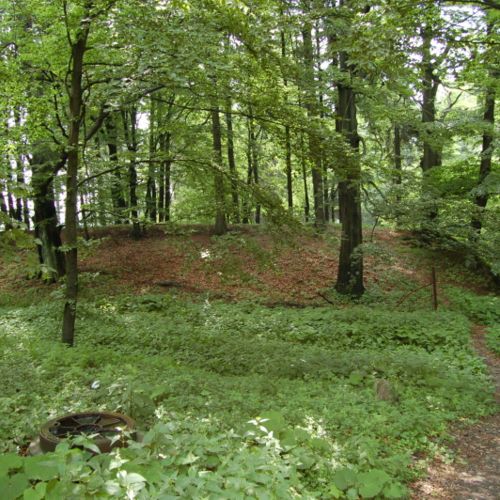 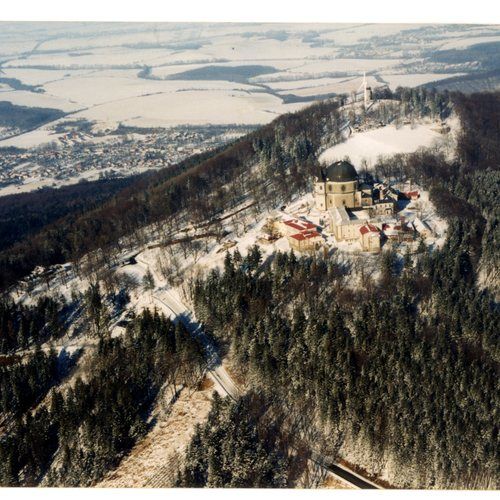 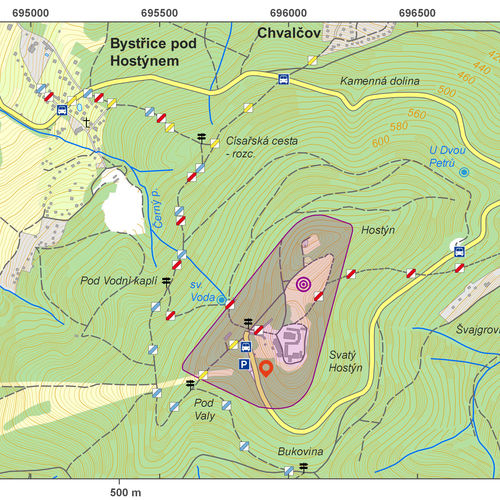 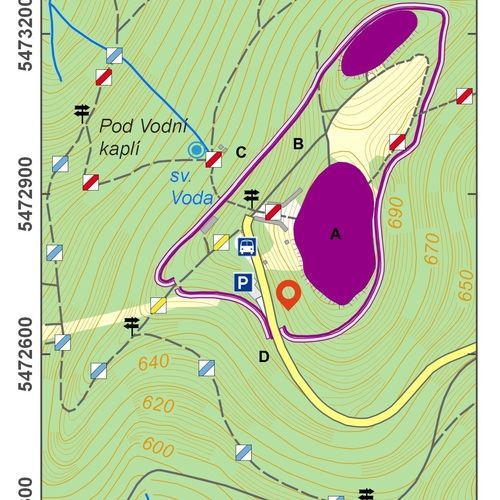