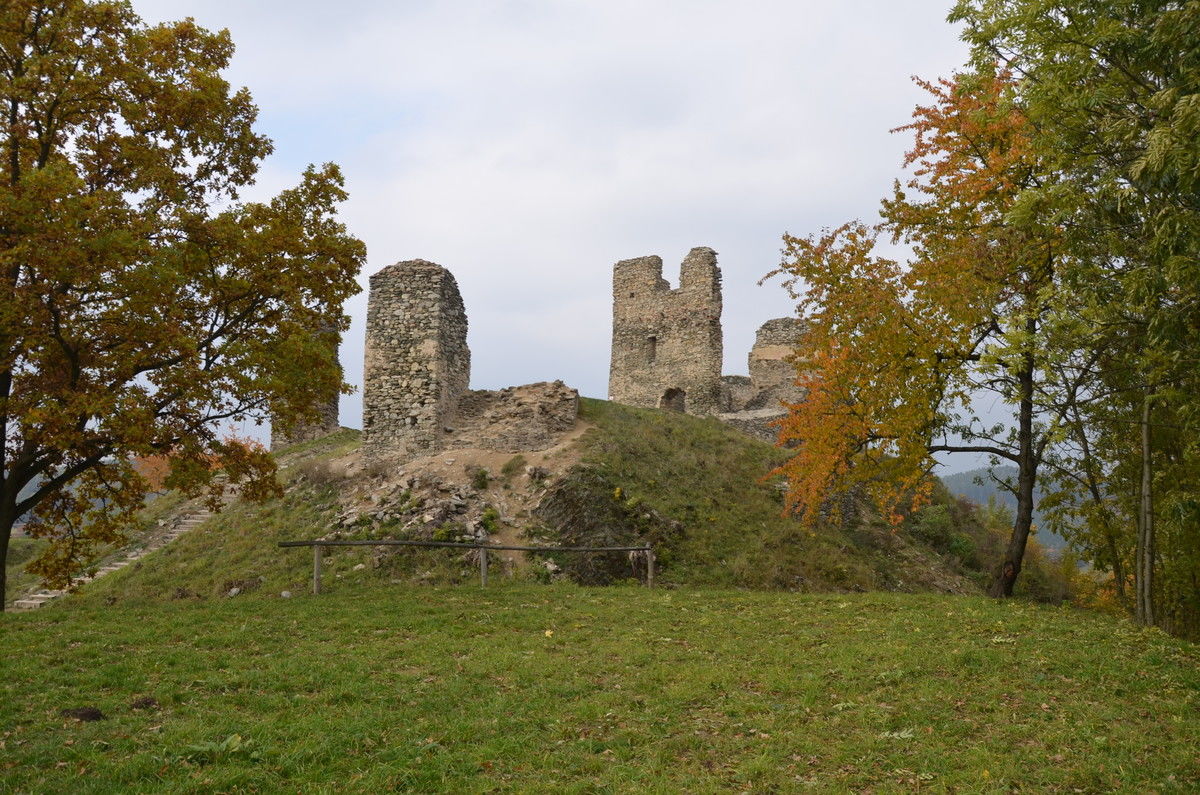 View of the upper ward from the lower ward.

This high medieval castle shows preserved walled structures. It was erected in the 1st half of the 14th century, and by the end of the century, it was transferred to Margrave Jošta, who donated it to Bernhard Hecht of Schützendorf. After the Hussite Wars, it passed to Jan Tunkl, who made it the seat of his family. The last owner was Ladislav of Boskovice; in 1513, the castle was already described as deserted. In 2010–2011, the ruins were subject to an archaeological excavation and were renovated. Brníčko is a castle with a mantlet construction encircled by a ditch and earthwork. The second – outer – moat separates the lower ward from the bulwark, which is followed by another earthwork. 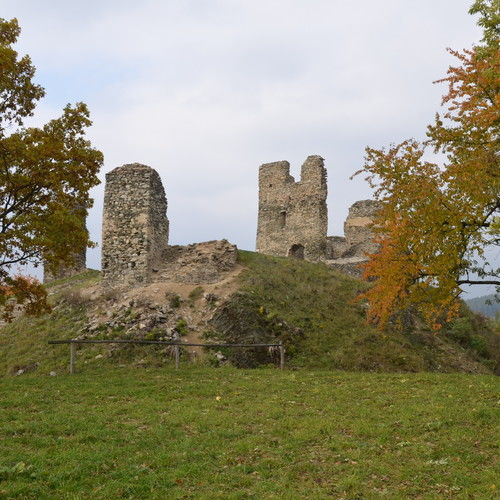 View of the upper ward from the lower ward.
Photo H. Dehnerová, 2015. 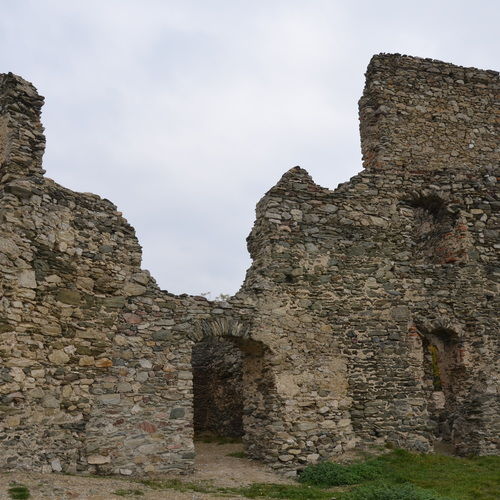 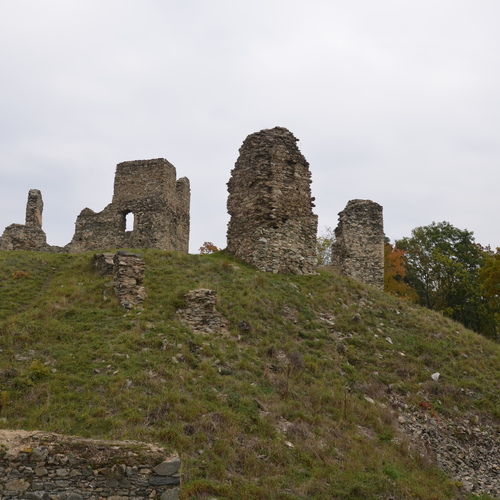 View of the upper ward from the south-west.
Photo H. Dehnerová, 2015. 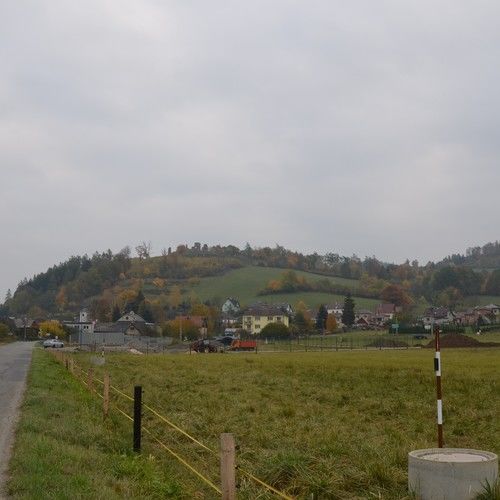 Overall view of the castle from the south-west.
Photo H. Dehnerová, 2015. 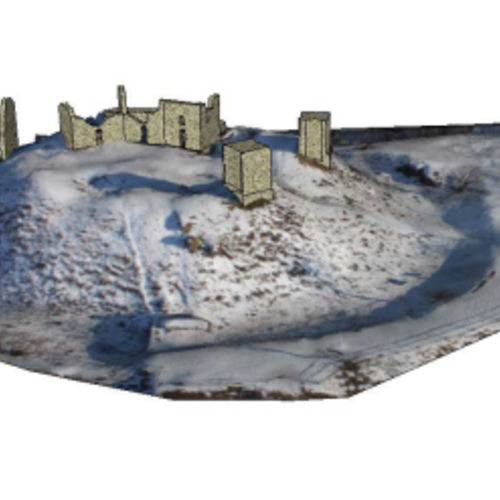 Model of the castle.
After Novosadová 2013. 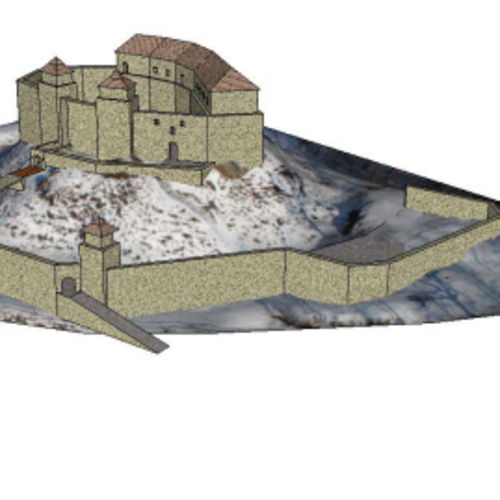 Restoration of the castle.
After Novosadová 2013. 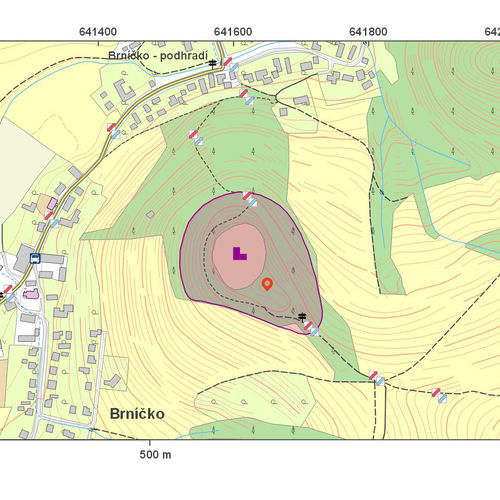 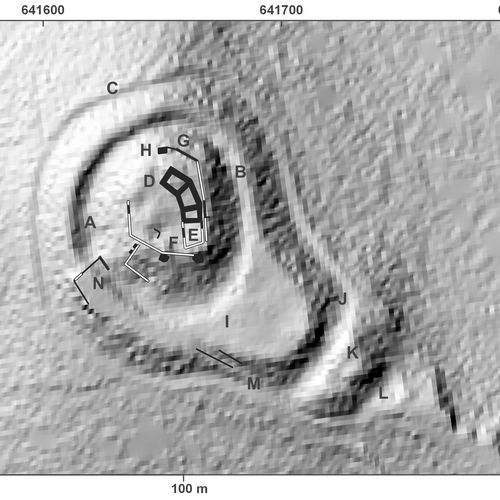