Eastern part of the site, destroyed by mining.

An Early Medieval barrow cemetery from the 8th and 9th centuries AD, with a typical row layout. Although the cemetery was investigated as early as the beginning of the 20th century, the most recent excavations identified fifty-five barrows with a diameter of up to 10 m. The mounds were composed of earth and stone, and wooden structures (‘tombs’), and simple cremation burials were preserved in several of them. 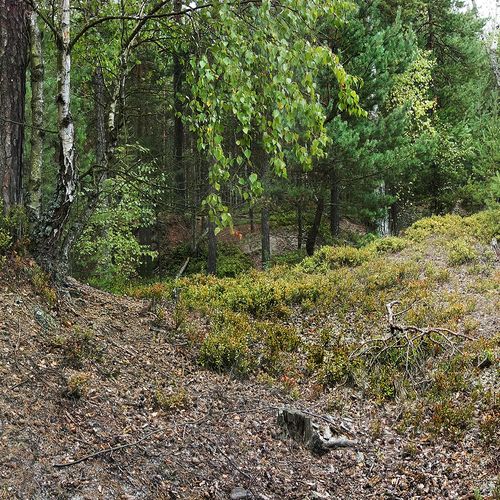 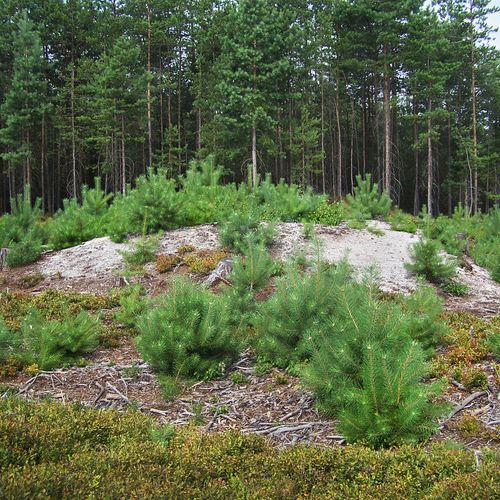 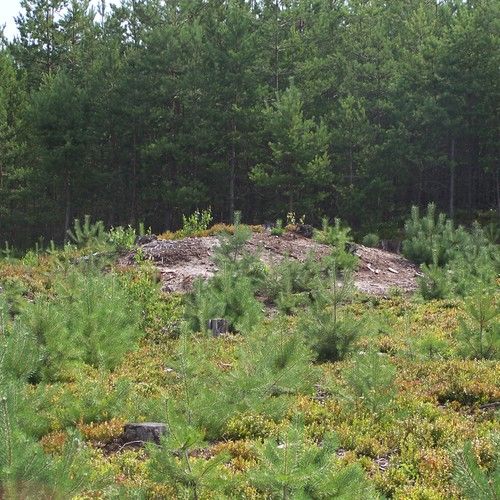 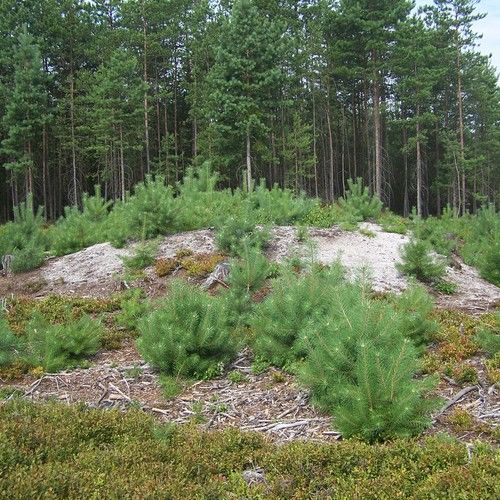 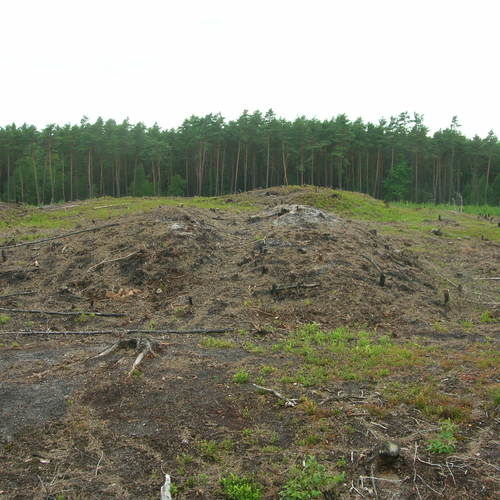 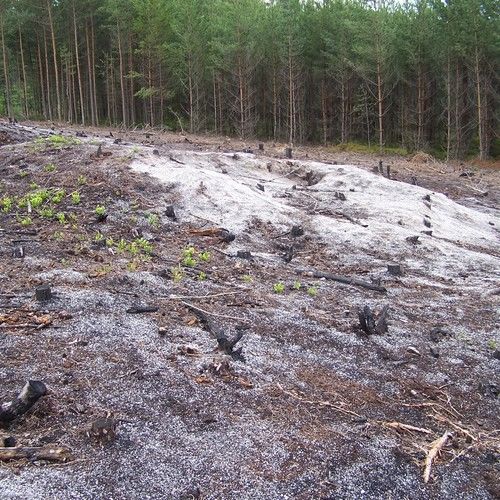 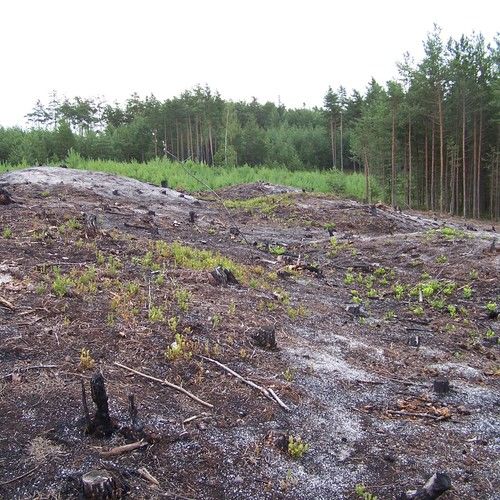 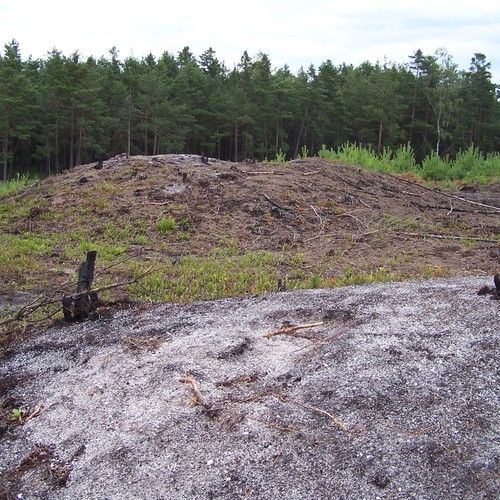 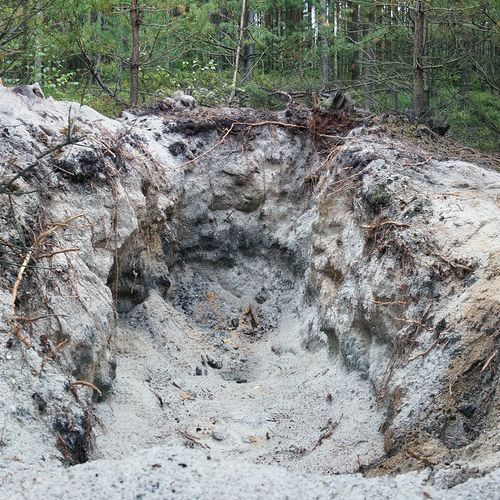 Map notes: A – modern mining pit that damaged the barrow cemetery; 1–55 – barrows. Map symbols are available in the Downloads section. 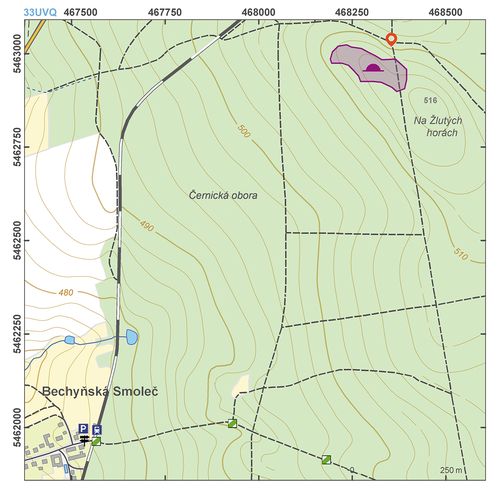 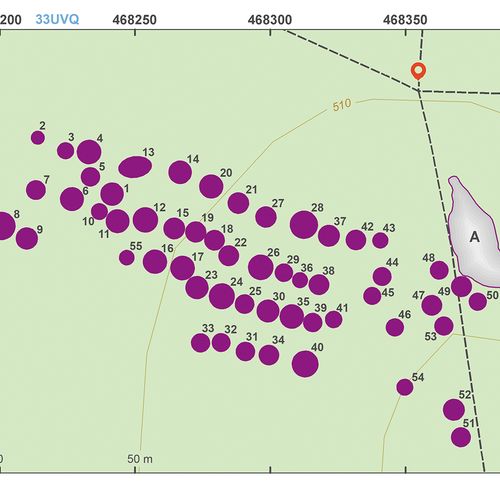