A deserted medieval village locally known as ‘Ve Spáleném’ that is situated in a border forest between the Prague Basin and the Kouřim region. Due to unfavourable natural conditions, the Černý Kostelec border area remained unsettled for many years. The High Medieval colonisation in the 13th century finally saw the creation of a dense network of smaller villages, the majority of which were then abandoned by the end of the following century. One of these settlements is the ‘Ve Spáleném’ village, consisting of c. eight households, two ponds and a mill. 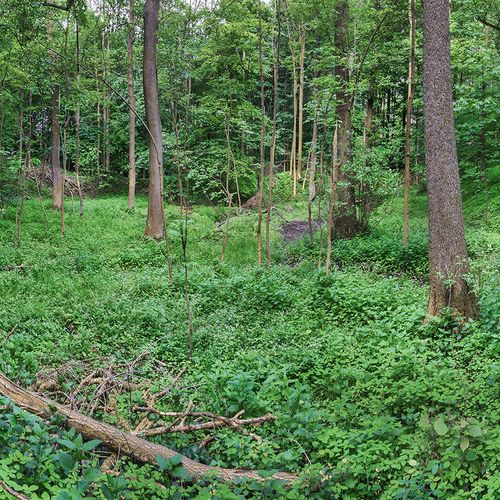 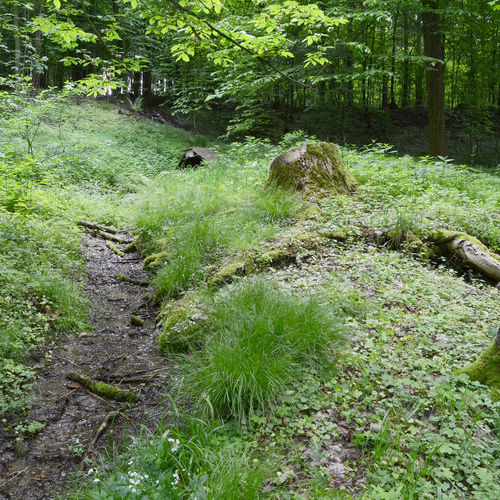 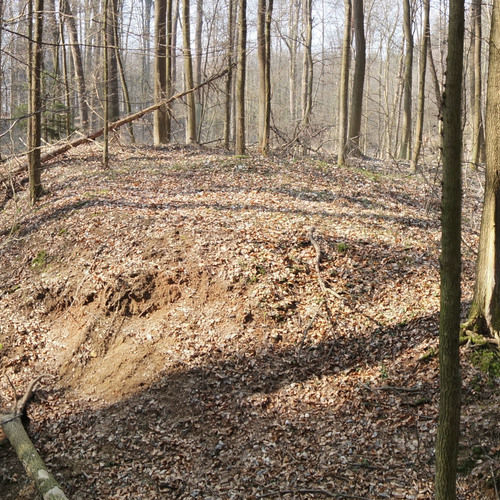 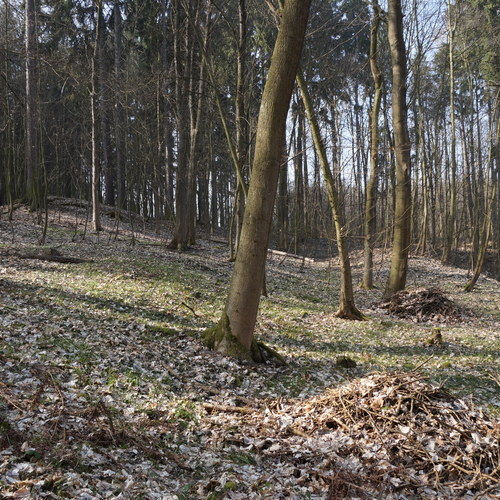 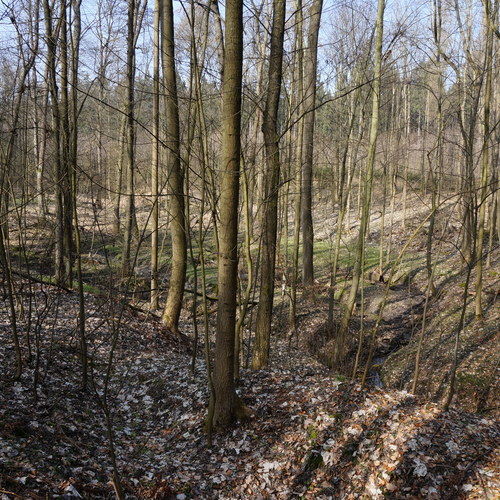 Map notes: A, D – dams of ponds; B – millrace; C – a deep furrow, originally the overflow for draining water; E – remains of a field system. Map symbols are available in the Downloads section. 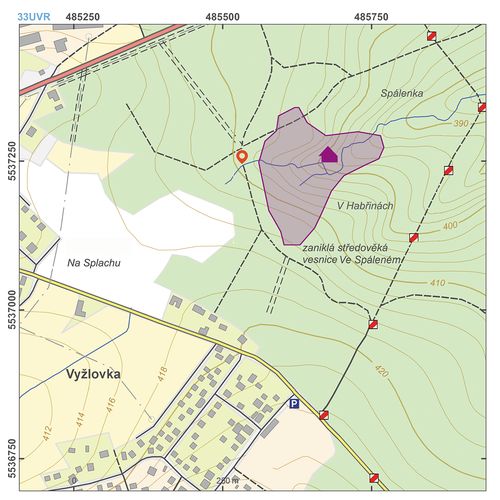 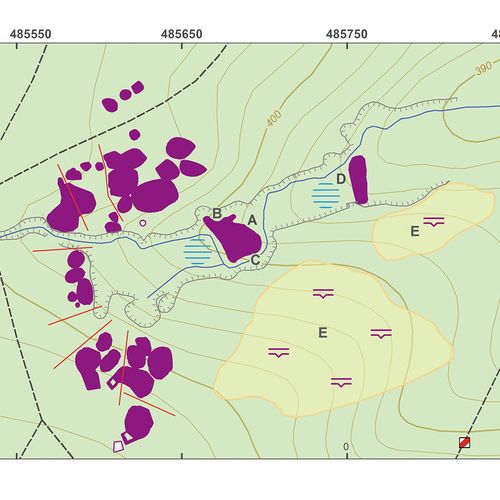