Panoramic image from the acropolis of the Věteřov hilltop settlement (Bronze Age) towards St Josef Chapel. View from the north-west.

This fortified settlement and later medieval fortification is situated in the cadastral area of Věteřov and gave the Bronze-Age Věteřov culture its name. The prehistoric hilltop settlement spreads over the summits of the Lysá (Věteřov 1) and Nové (Věteřov 2) Mountains. The site of Věteřov 1 is fortified with earthwork and a ditch and shows a generally round ground plan with a diameter of 100 m. Surface surveys carried out by archaeologists in the 1980s and 1990s yielded artefacts of the Early-Bronze-Age Únětice culture. Věteřov 2 is situated south of Věteřov 1, on an oblong-shaped north-south-oriented ridge. The northern part, in Rovinky field, shows a triangular layout. The fortified area continues to the south and the total extent can be estimated at 16 ha. Unfortunately, the fortification, consisting of a rampart with a ditch, has been severely damaged by agricultural activities. A large number of finds discovered on the summit and the east slope of the Nové Mountains allowed for dating to the Early Bronze Age (Věteřov culture). The strategic position of the site with a good view served as a refuge for people with a material culture that is a reminder of the highly developed civilizations in the eastern Mediterranean.
The medieval fortification of Věteřov is situated above the modern municipality to its south-east. The central part had a rhomboid shape with a side length of 30 and 40 m. Numerous finds of burnt daub suggest wooden buildings. The fortification was protected by a ditch and a rampart, the remains of which can still be seen in the north-east. A small bailey was situated in the south-east. The fortification must have already existed in the mid-14th century but was deserted during the Hussite wars in the first half of the 15th century. 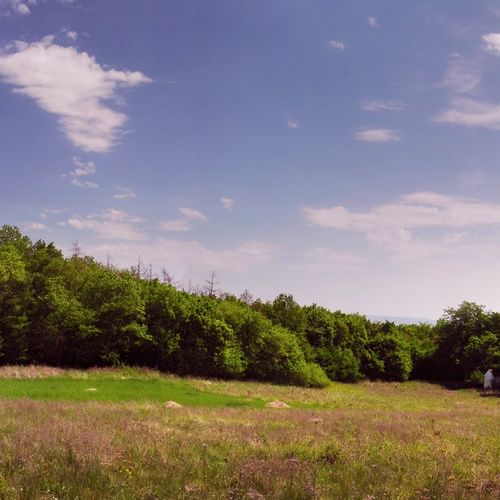 Panoramic image from the acropolis of the Věteřov hilltop...
Photo B. Tesařová, 2021. 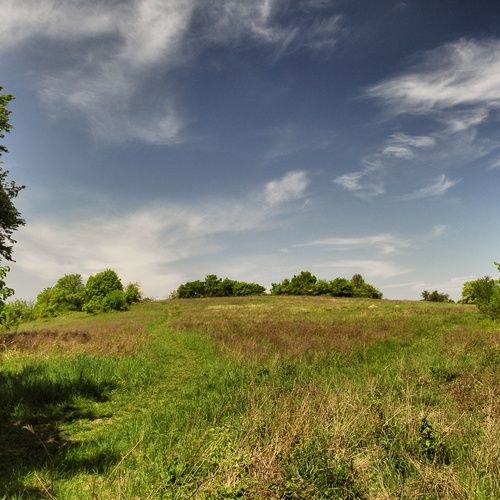 View of the Věteřov acropolis from St Josef Chapel.
Photo B. Tesařová, 2021. 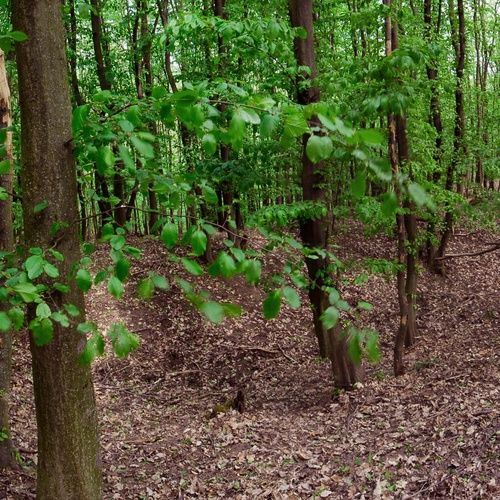 The remains of the Věteřov fortification – rampart with a...
Photo B. Tesařová, 2021. 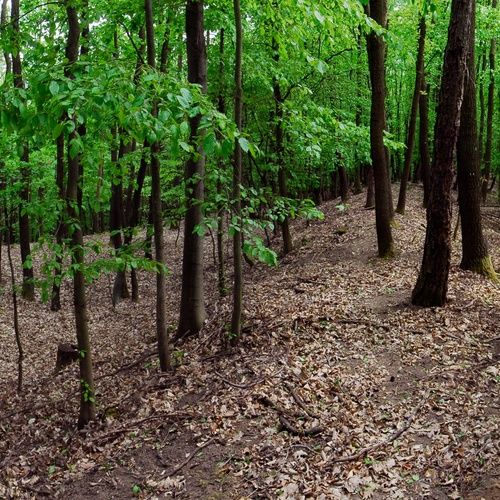 View of the Věteřov rampart with a ditch.
Photo B. Tesařová, 2021. 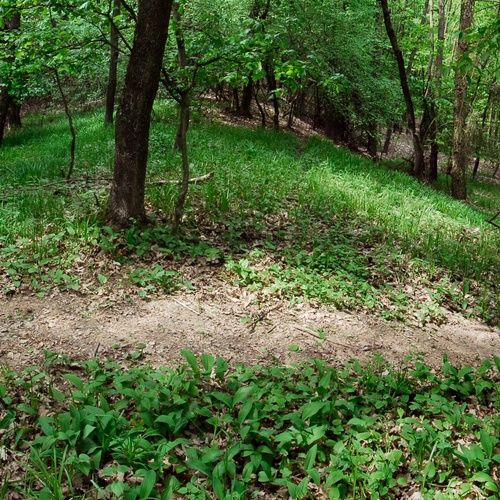 The remains of the Věteřov fortification through which th...
Photo B. Tesařová, 2021. 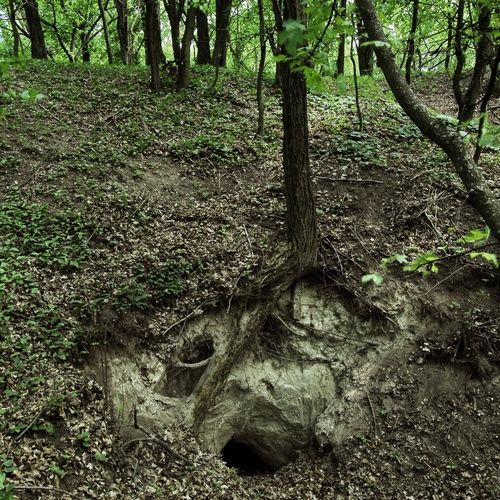 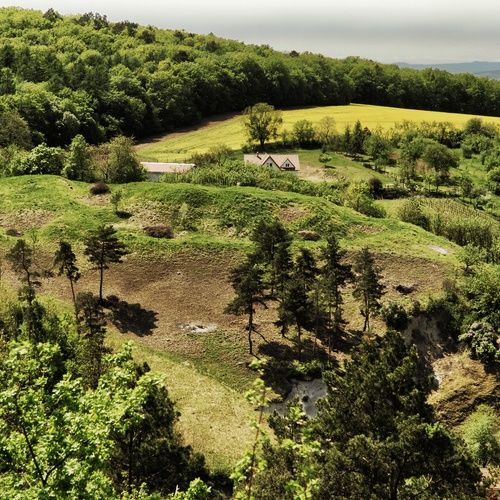 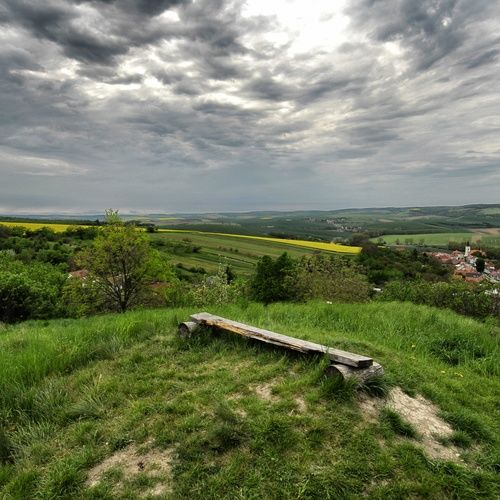 Na Valech site – a viewpoint from the medieval site towar...
Photo B. Tesařová, 2021. 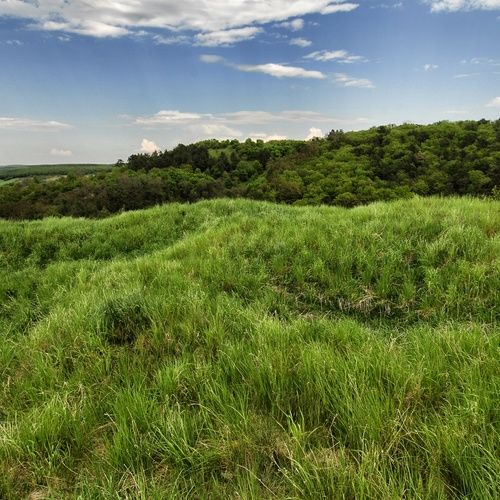 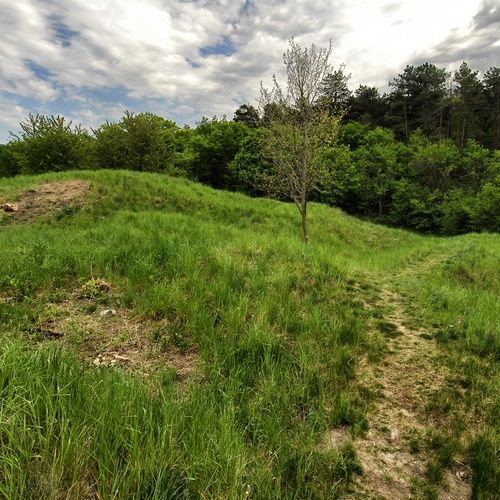 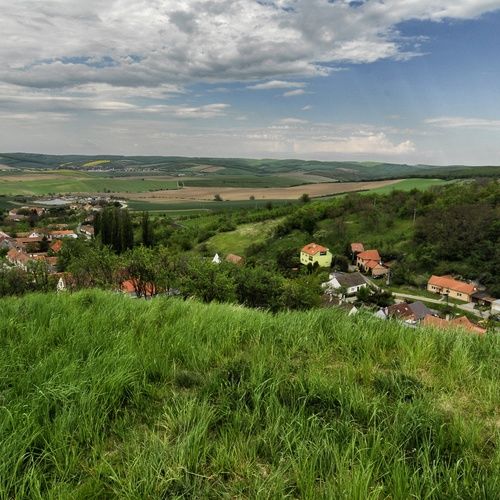 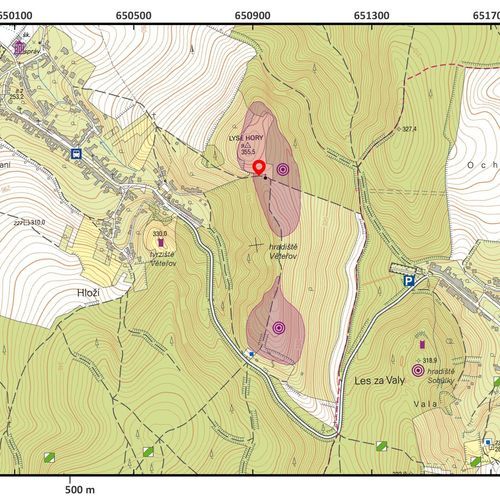 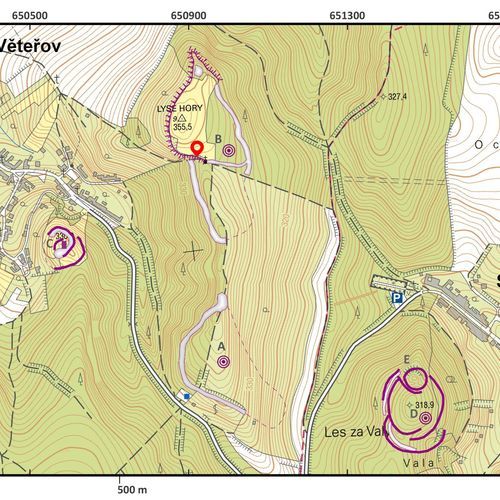 Site plan with the position of surrounding monuments.
Edited by A. Gašpar, 2020. 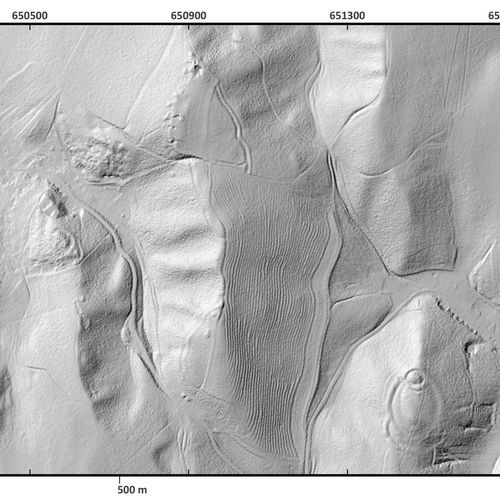 Digital relief model of the site including the surrounding monuments.
Edited by A. Gašpar, 2020.