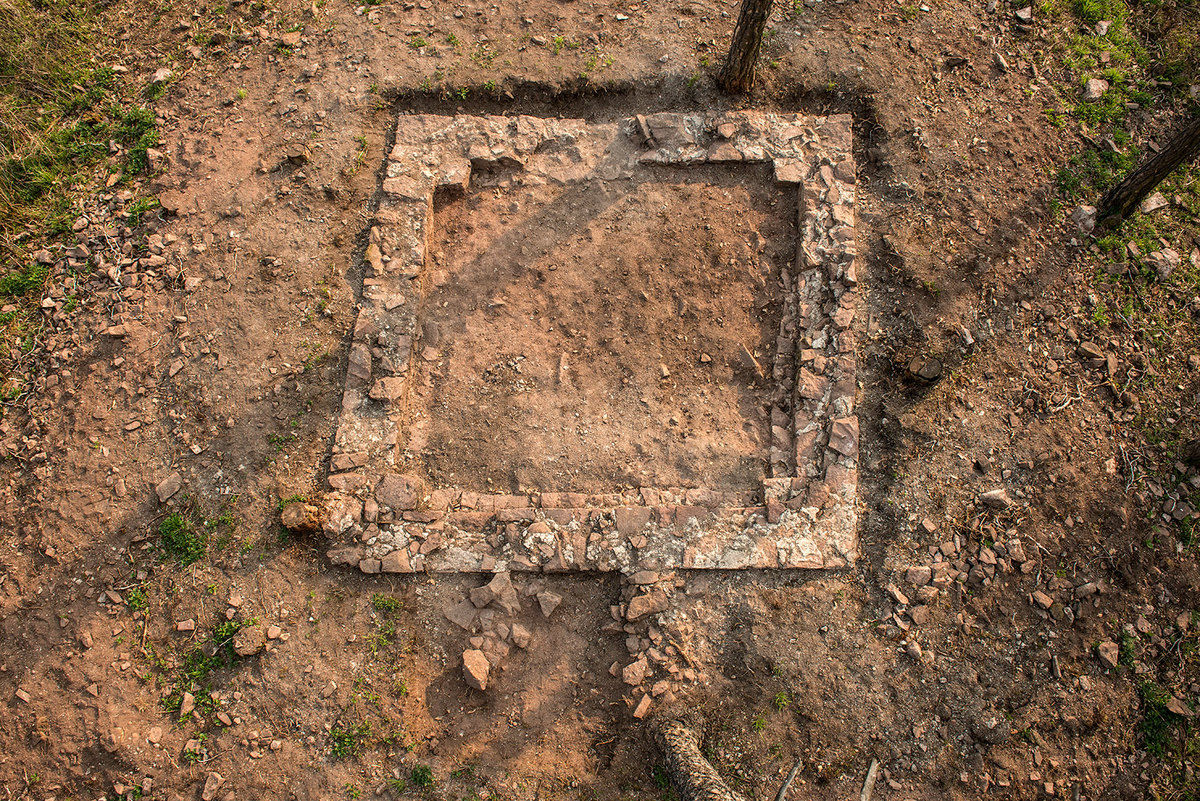 Foundations of the gallons unearthed during the archaeological excavation.

The archaeological excavation of the gallows near Tišnov has provided evidence of the execution of capital punishment. Tišnov is mentioned in 1240 as a market village. It was the superior body of the town council of Brno who decided on the punishment to be executed by the Tišnov court. The pillory on the Horní square, the executioner’s block outside Humpolka and the gallows on the mound of Klucaniny, which must have been in use from the end of the 16th century until 1754, were used as a tool for the executions. The archaeological excavation uncovered foundations of a trapezoid ground plan of 5 m in length and enforced corners, which may have contained posts carrying beams. The stone wall was preserved up to a height of 50 cm above subsoil. The anthropological analysis has confirmed that the skeletal remains stem from at least 13 individuals. 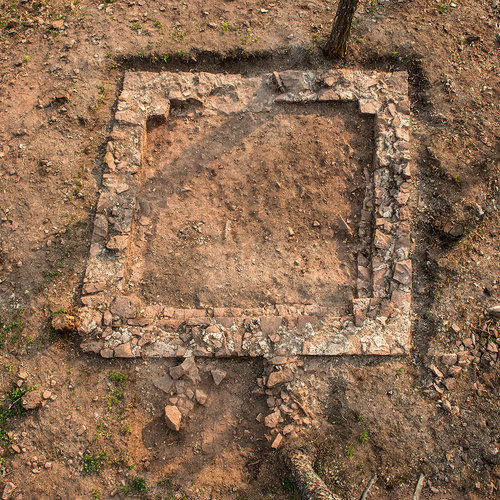 Foundations of the gallons unearthed during the archaeolo...
Photo M. Sysel, V. Kappel, 2014. 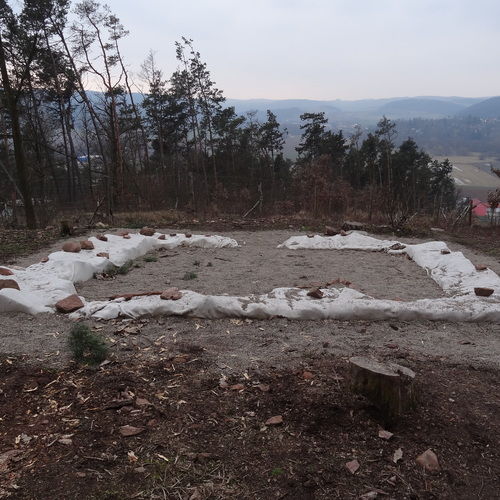 Protected foundations of the gallows (before being part o...
Photo A. Knechtová, 2015. 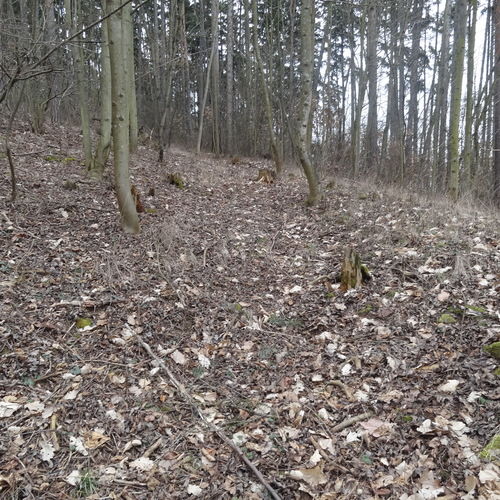 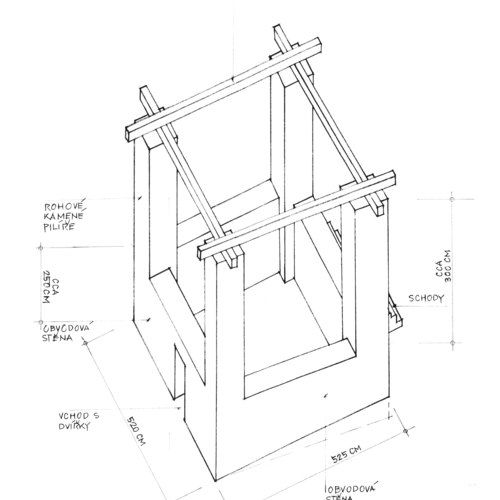 Reconstruction of the gallows.
After J. Velká.

Map notes: A – gallows; B – access road; C – cross marking the approximate location of the Chapel of St Anne. Map symbols are available in the Downloads section. 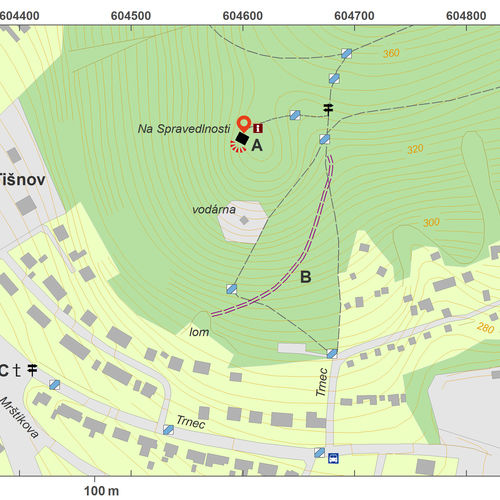 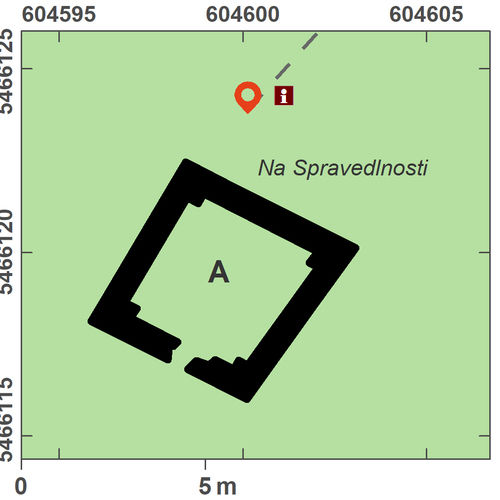