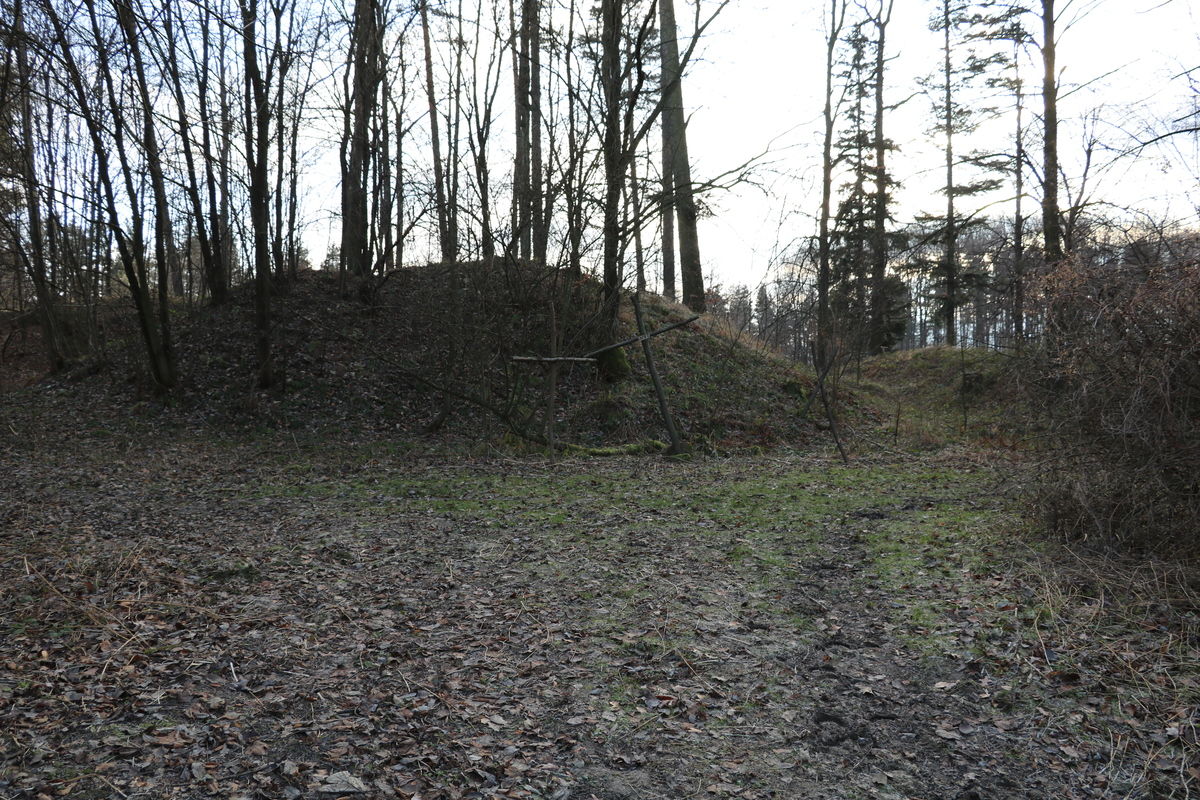 View of the central part of the site and inner earthwork from the north-west.

Štandl, a prehistoric hilltop settlement and a medieval fortified farmstead, was an important base of the medieval colonization of the region of Místek and Brušperk. The fortification is depicted already on a city view from 1729, but a modern archaeological excavation was conducted there only in the 1980s. The oldest uncovered settlement stems from the Palaeolithic, other finds are from the Hallstatt and La Tène Periods. In the course of the 2nd half of the 13th century, Štandl had a smaller fortification consisting of a circular moat and an earthwork. Today, the central square is disturbed by a telecommunication facility. One of the interesting finds was the remains of an oblong feature destroyed by fire, which contained a number of finds pertaining to the presence of a military garrison (spurs, bridles, arrowheads, bronze fittings with the coat of arms of the lords of Deblín) and a carbonized loaf of bread. 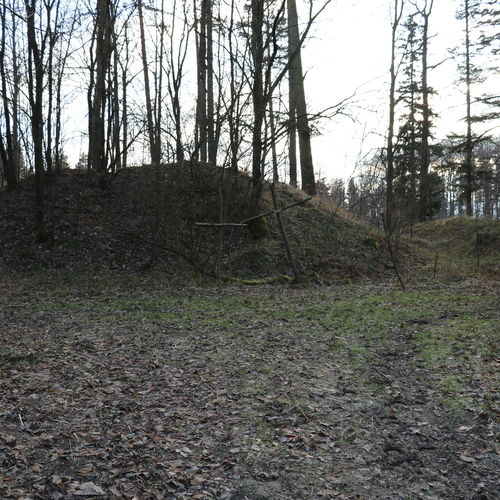 View of the central part of the site and inner earthwork ...
Photo M. Zezula. 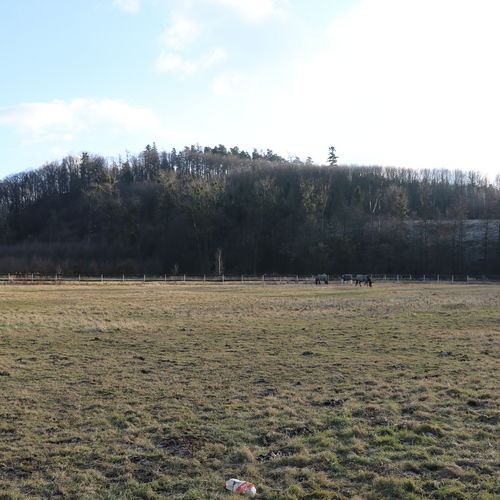 View of the site from the north-west.
Photo M. Zezula. 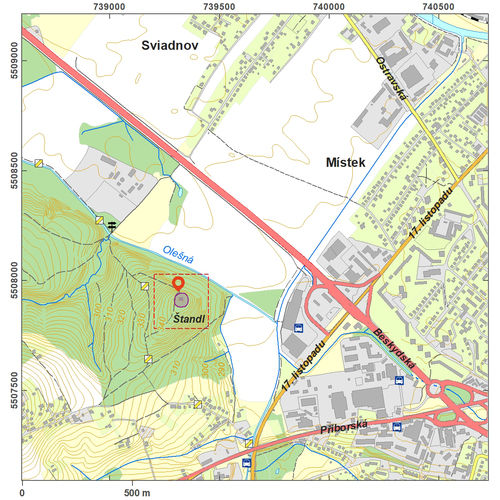 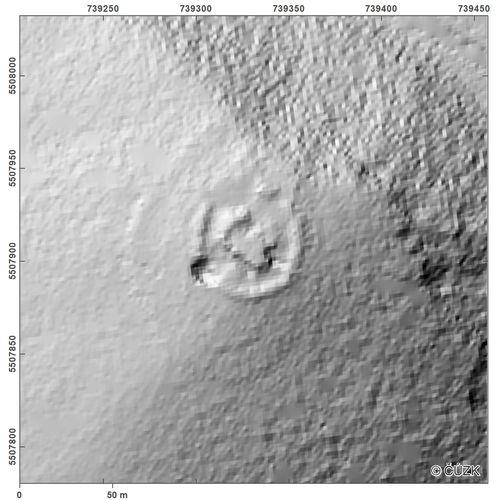