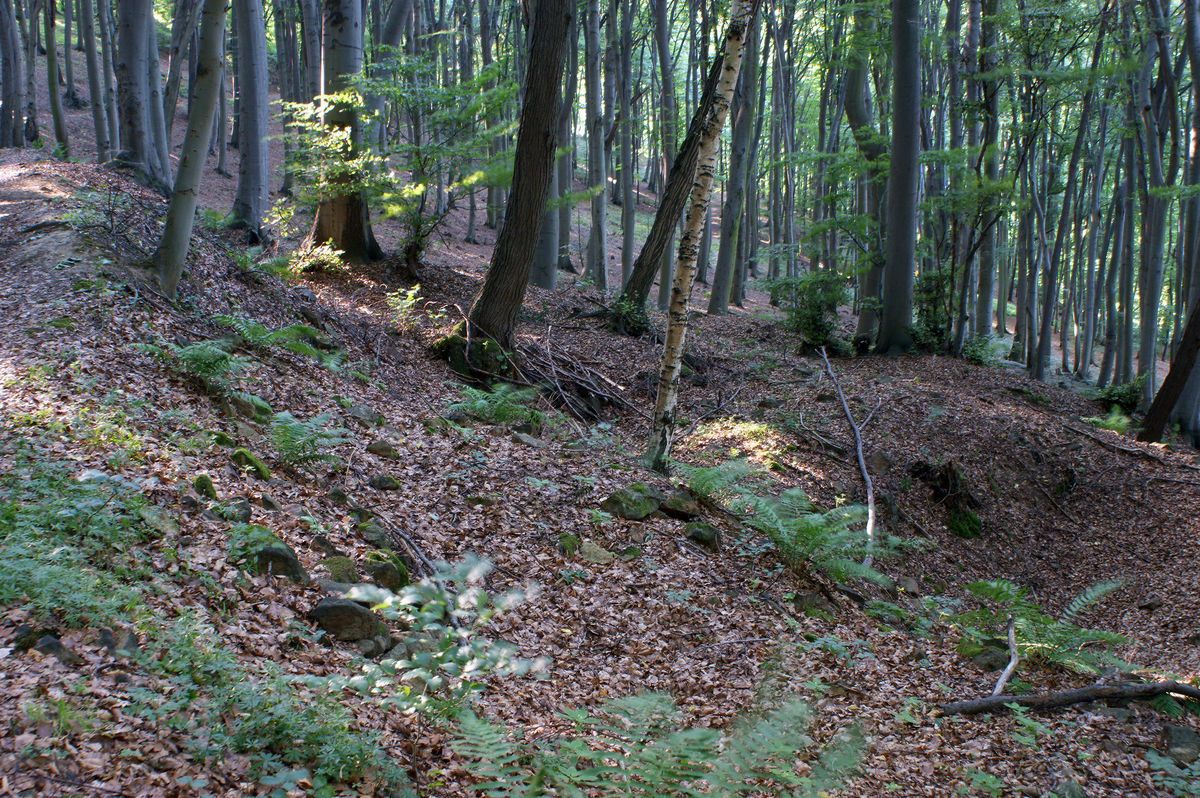 Mining pits in Prehistorical part of the area. P

La Tène and Early Medieval stone quarries providing stone raw material for the production of rotary mills. Composed of two stones used to grind cereals, rotary mills (quern-stones) represented a major technological innovation in the La Tène Period. Moreover, their production and distribution required relatively complicated social organisation, as is indicated by the fact that the mills were in some cases found more than 100 km from the source. Based on the size of pits and discovered semi-finished products, the eastern part of the quarry was used in the La Tène Period, and the western part in the Early Middle Ages. 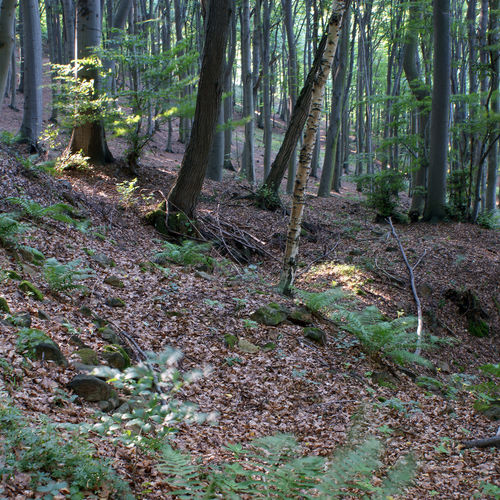 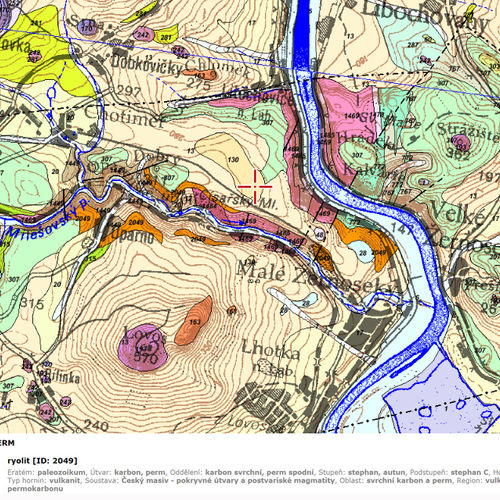 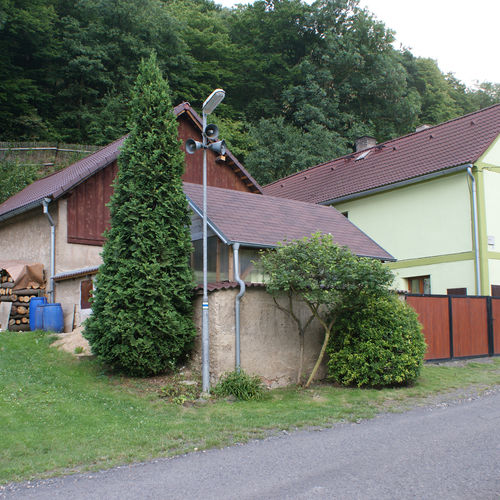 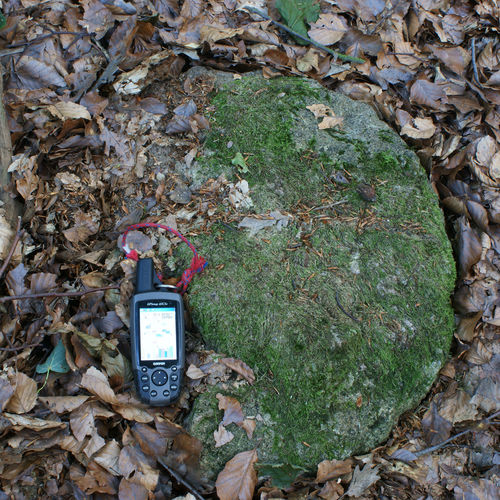 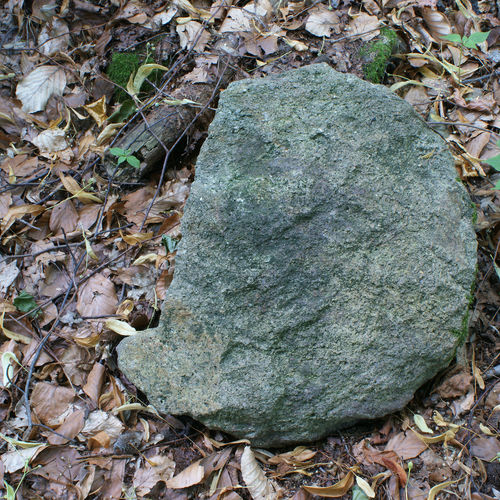 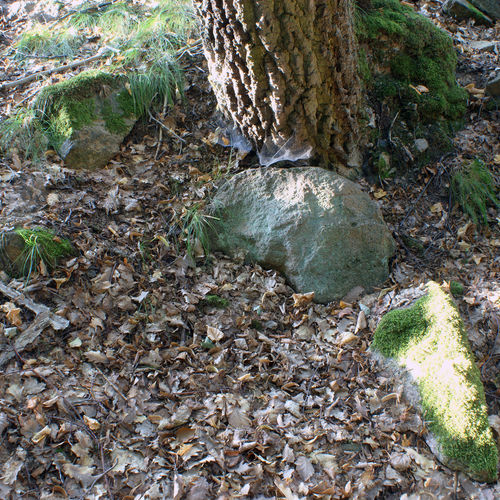 Map notes: A – eastern part of La Tène quarry; B – western part of quarry used in the Early Middle Ages. Map symbols are available in the Downloads section. 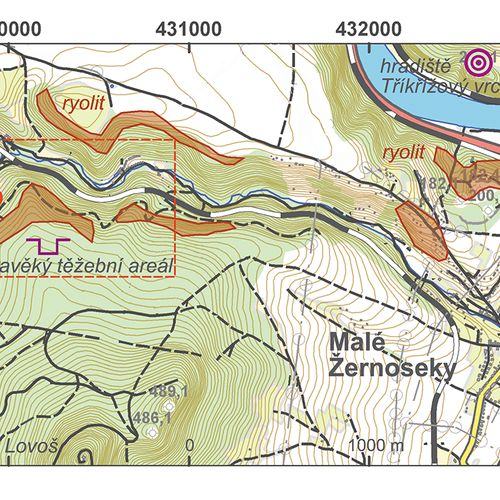 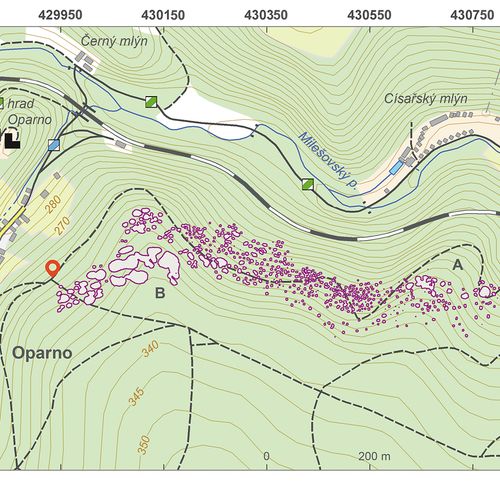