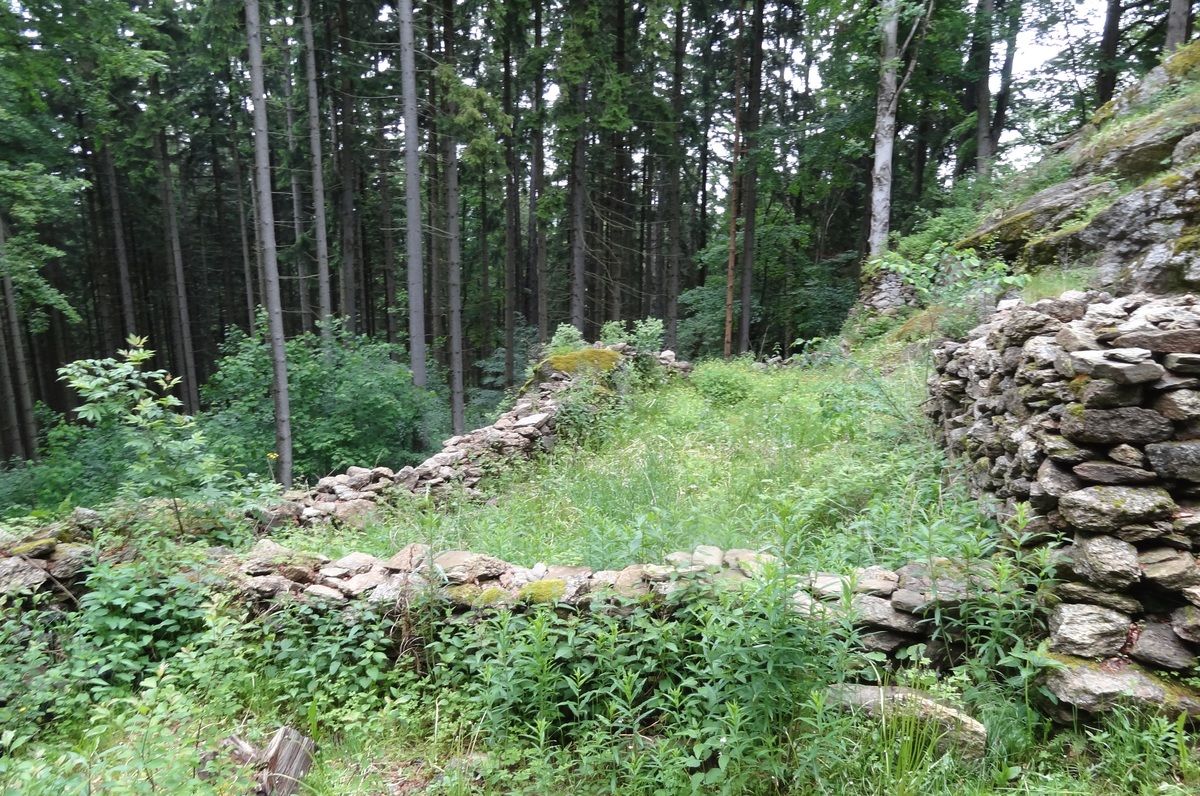 The remains of the medieval castle of Skály, making sophisticated use of erosion cracks, consist of tower-like blocks. The castle was erected in the 2nd half of the 14th and conquered by force in 1440, which is witnessed by numerous finds of cannonballs. Around 2000, an archaeological excavation was conducted. The appearance of the castle, influenced by the use of the rocks, is unique on our territory. The curtain walls between the rocks opened through gateways to the castle. The upper part consists of three stone buildings: a two-storey residential building, a one-storey building and another small building. In the area below the palace was a cistern carved into the rock. The building constructions are conserved and on display; the site is open to the public. 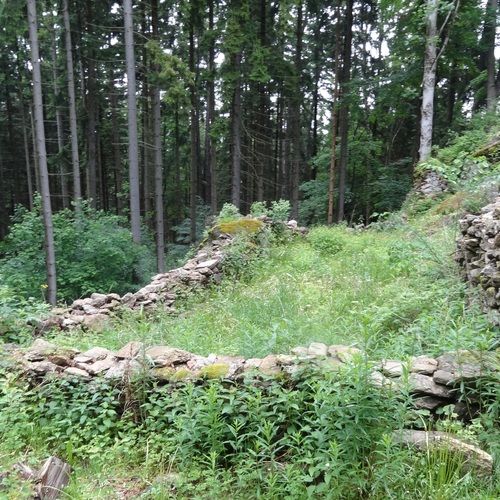 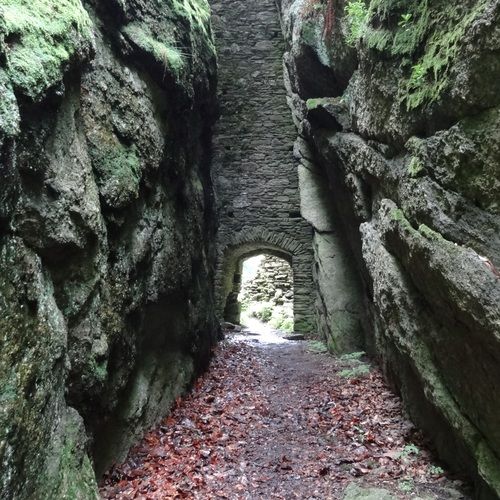 Small gate on the outer side of a rocky gorge.
Photo A. Knechtová, 2014. 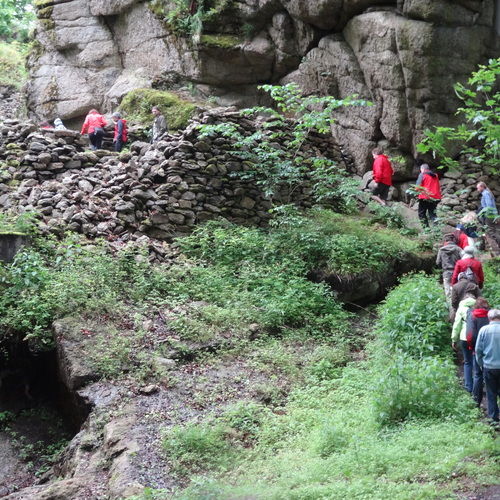 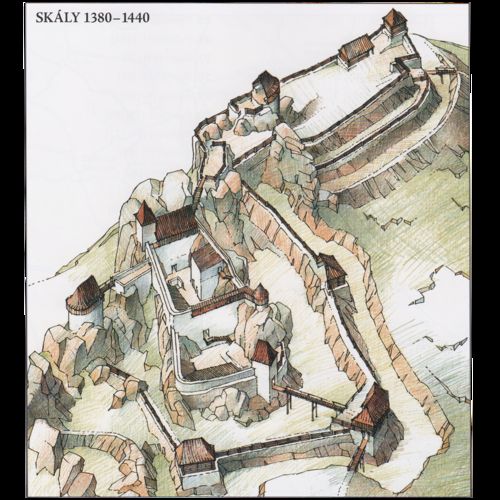 Reconstruction of the appearance of Skály castle in 1380–...
After M. Plaček and P. Šimeček, Archieve NPÚ UOP Prague. 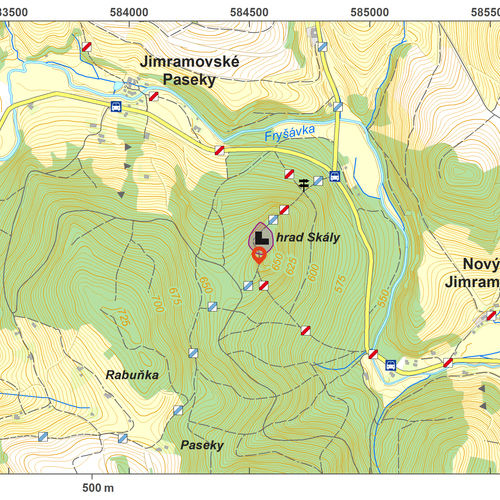 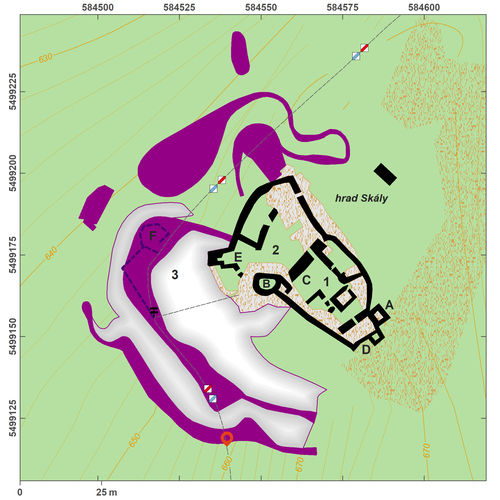