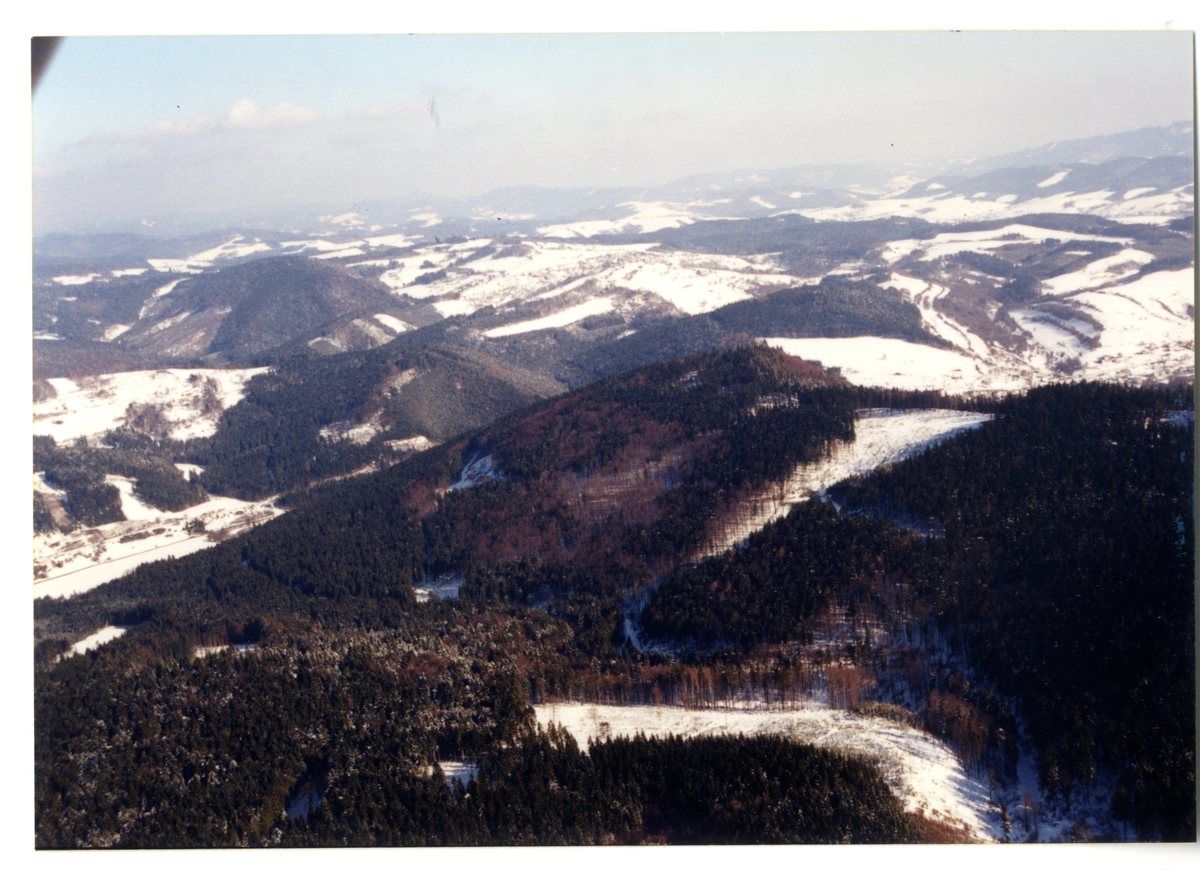 Situated in a strategic position, Kopce seems to have controlled the trade routes; it does not seem to have been inhabited permanently, but rather fulfilled the role of a refuge for the inhabitants of the surroundings. Though being discovered at the end of the 19th century, a foot walking survey in the 1980s was the only archaeological research undertaken. Based on the finds, this fortified settlement can be dated from the Final Bronze Age to the Hallstatt period. The fortified area spreads over a surface of 1 ha; it is fortified only from the west by a stone embankment with a preserved height of about 0.5 m. A number of priceless bronze finds from the surroundings are indirect evidence of the connection of this site to far-distance trade. The upper part of the fortification shows a 1-m-high erected stone. The site has also been interpreted as cult centre and the mountain has been declared a natural monument. 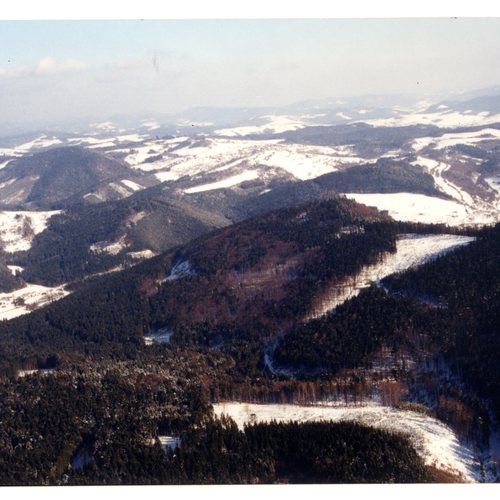 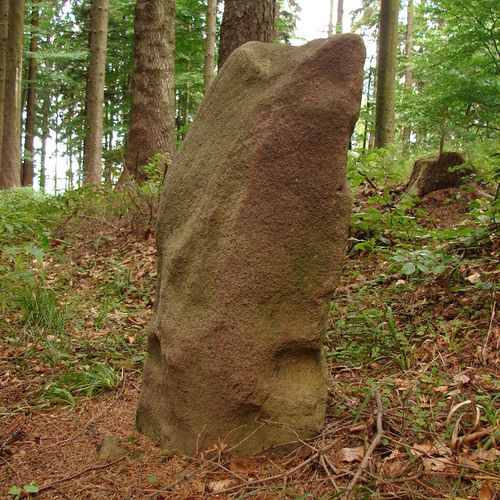 Erected stone at the peak of the hillfort.
Photo E. Čermáková, 2013. 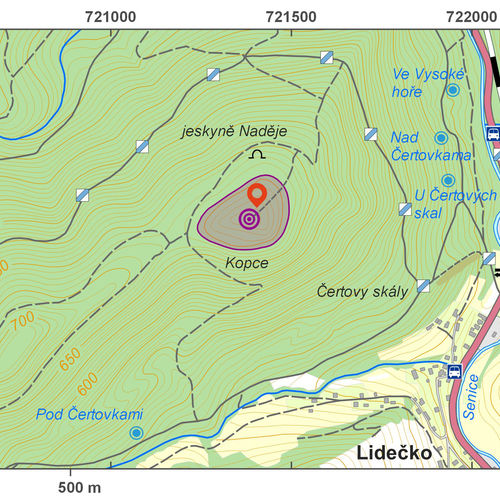 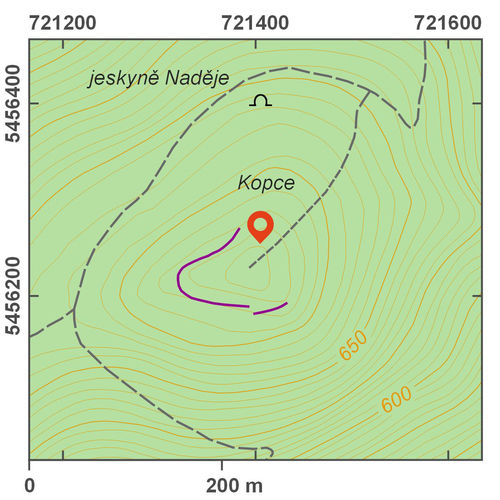