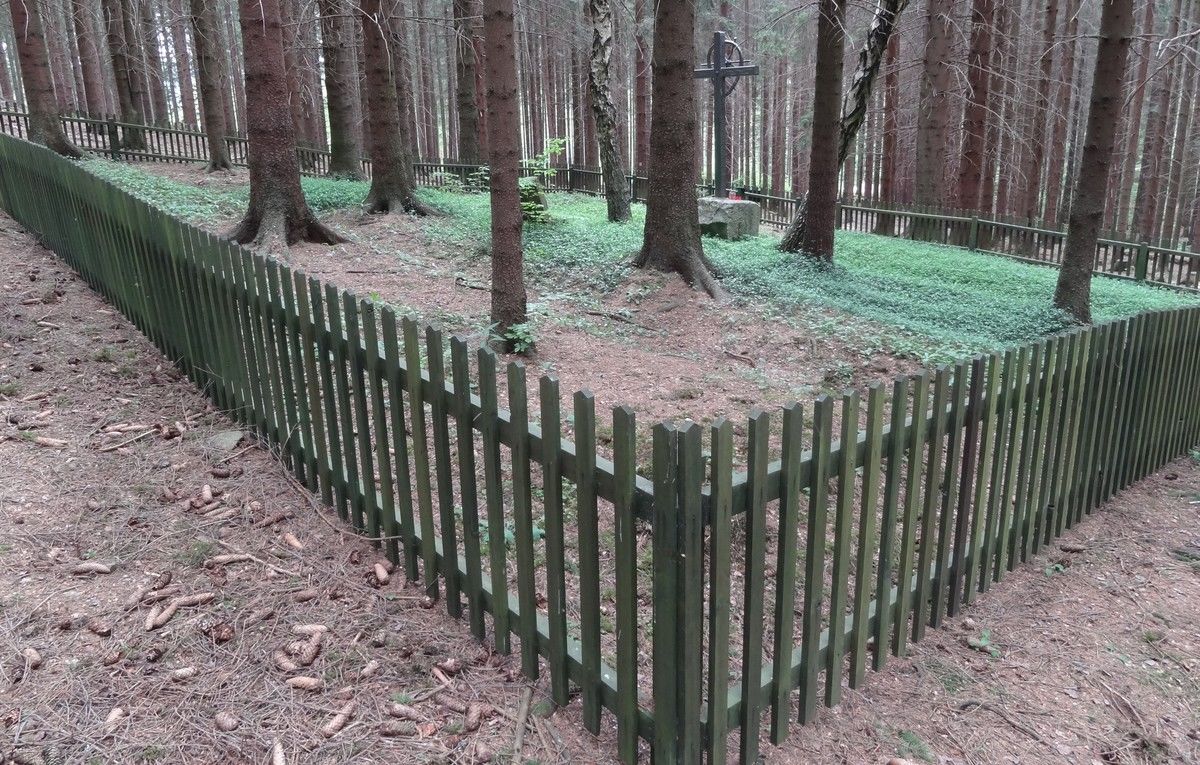 This labour camp was founded in August 1940 and was operated during the Protectorate and in the following post-war years. In 1942, the camp was transformed into a transit camp. In August of the same year, a gipsy camp developed there, at times with 1,300 Roma inmates, most of which were deported to Auschwitz. In 1944, it was a work education camp (Arbeitserziehungslager), at the beginning of the following year, members of the Wehrmacht were trained here. In the summer of 1945, it served as a military hospital of the Red Army, and it worked as a re-education camp for political opponents of the Communist regime from 1949 to 1950. Later, the area was turned into the recreation centre of Žalov. Originally, the camp consisted of only wooden barracks, of which only two – a prisoner barrack and the administrative building – have been preserved to date. The Hodonín u Kunštátu Memorial, unveiled in 2017, presents the history of the holocaust of the Roma. 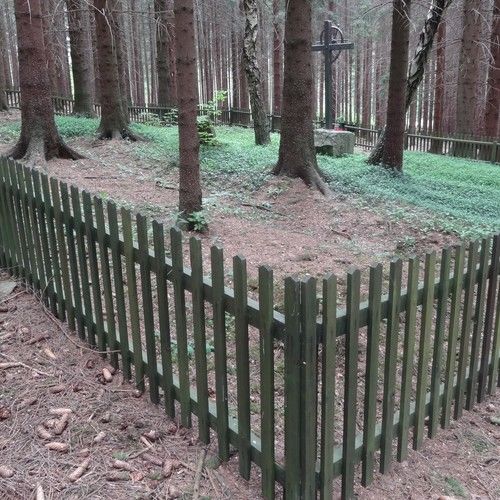 Small forest cemetery of the camp inmates.
Photo A. Knechtová, 2015. 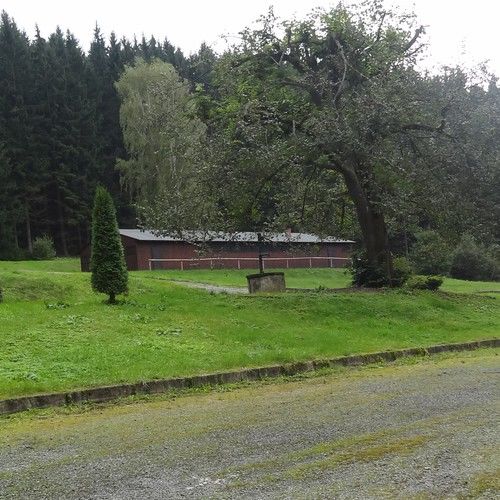 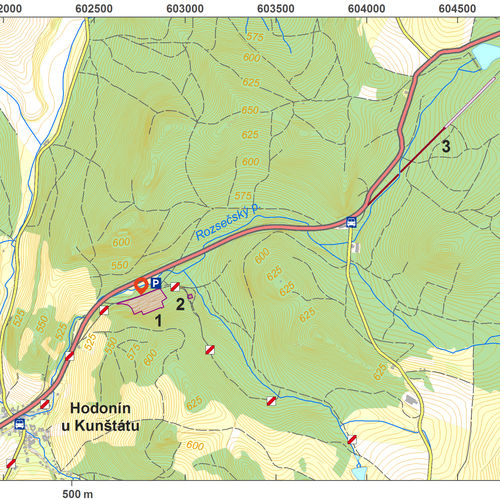 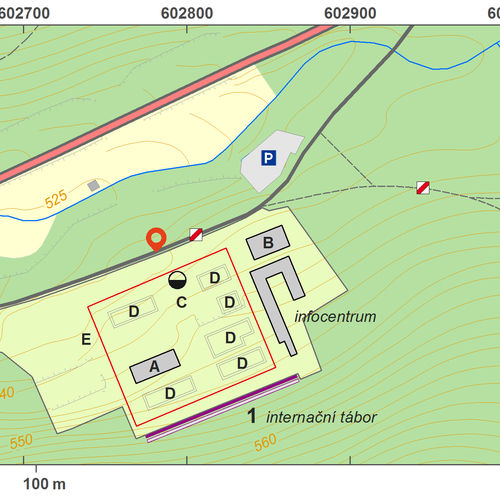