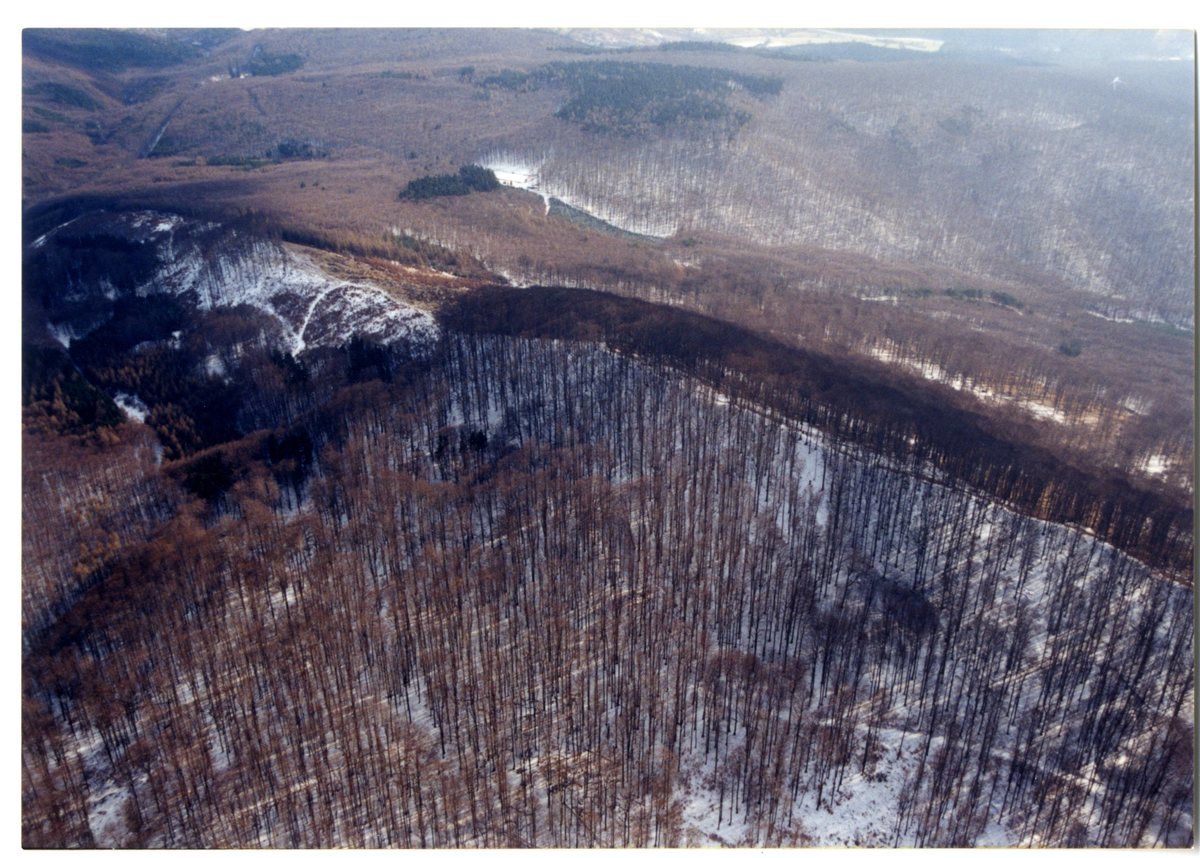 This prehistoric hillfort in a strategic position dating back to the Bronze Age and early Iron Age was discovered at the end of the 19th century. It was excavated and surveyed in the course of the 20th and at the beginning of the 21th centuries. The extent of the hillfort surrounded by an earthwork is about 10 ha. Valuable bronze items were found in the hillfort, but due to frequent visits by ‘treasure hunters’, their total number is unknown, which prevents us to form a complex evaluation of the importance of the site. Today, we can especially see a large earthwork with a height of 2–5 m, which made use of large natural outcrops of rock. 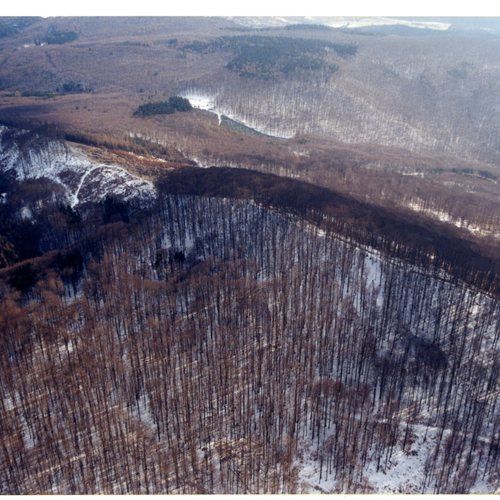 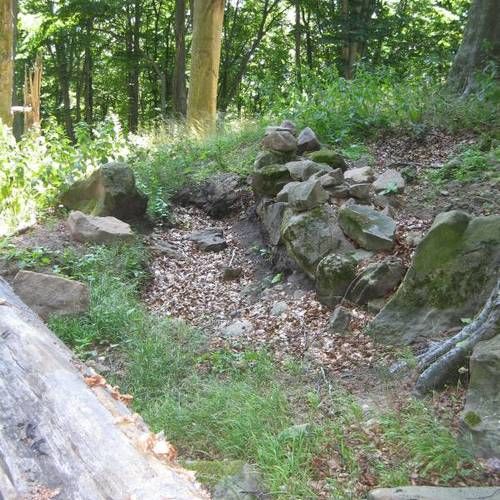 Map notes: A – natural outcrops of rock incorporated into the earthwork; B – possibly original entrance to the hillfort; C–E – former quarries. Map symbols are available in the Downloads section. 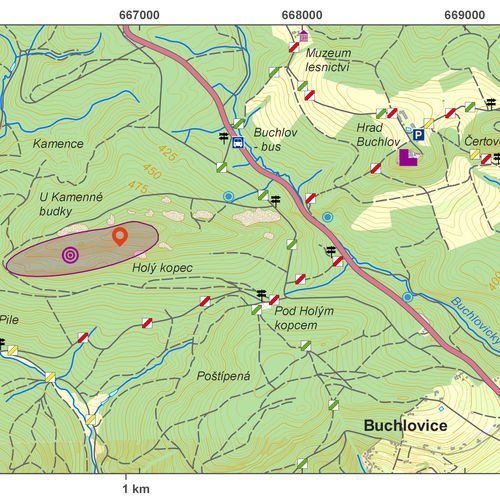 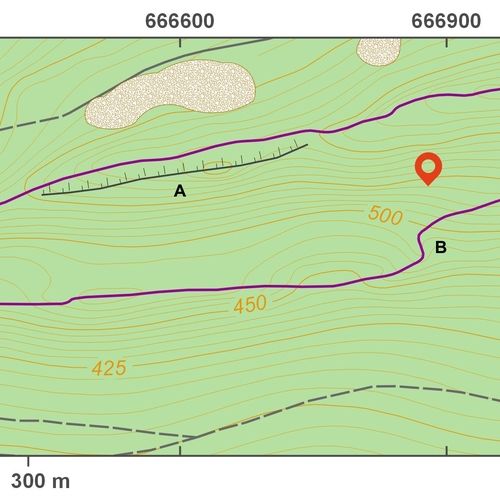