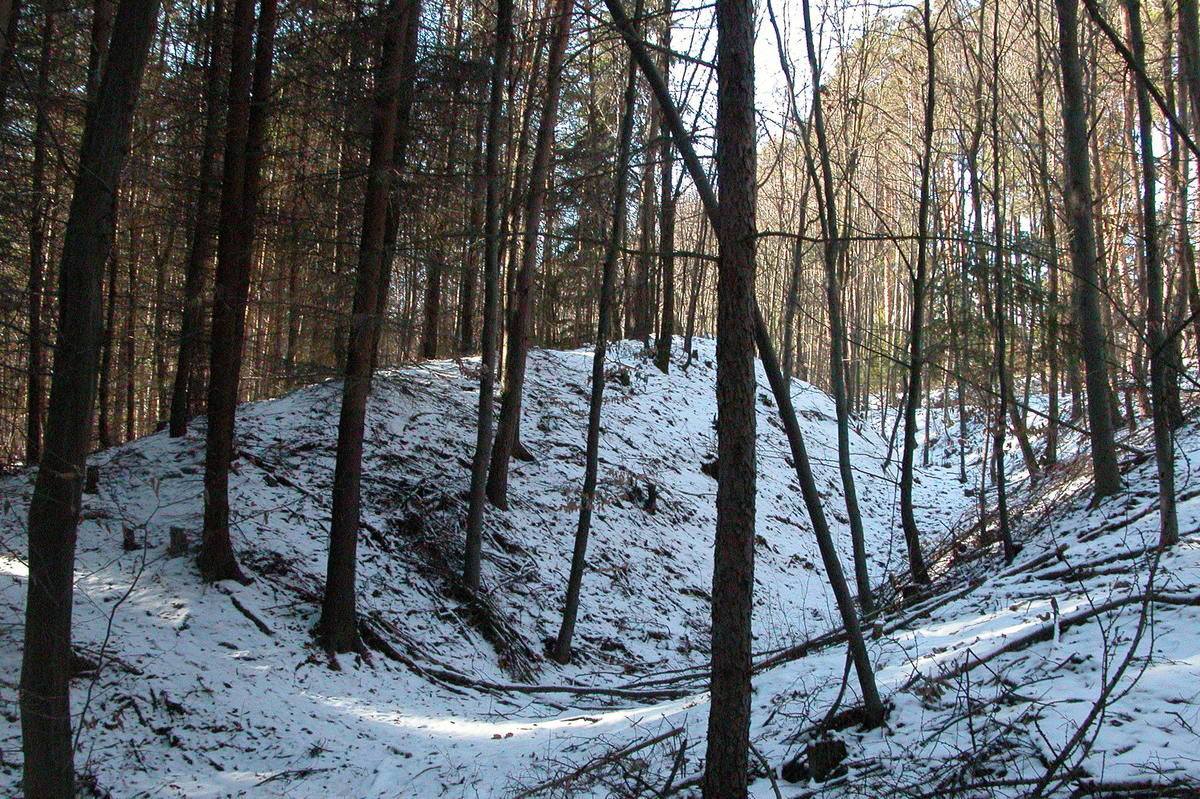 North-east section of the circular fortification, view from the east.

The relics of the deserted fortified town of Městisko by Vícov from the time from the 2nd half of the 13th century to the 1st half of the 14th centuries are evidence of a market centre of the Lešany manor during the colonization of the Drahany highlands. The location of the isolated and fortified town proves a planned and stable city foundation. The find of bronze weights illustrates the function of a market town. A connection with the exploitation of iron ore cannot be excluded. The first mentions of the site come from the 1970s, but the findings were evaluated only in 2008. The oval settlement area spreads over about 3.5 ha and shows an earthwork fortification. The surfaces on the inside shows 17 irregularly arranged remains of cellars, debris of above-ground buildings, features of a technical nature and plots fenced by small dikes and small earthworks. Today, the outer earthwork is mightiest in the north, reaching to a height of 13–15 m; the outer moat with V-shaped bottom has a breadth of up to 10.5 and a depth of 3–4 m. 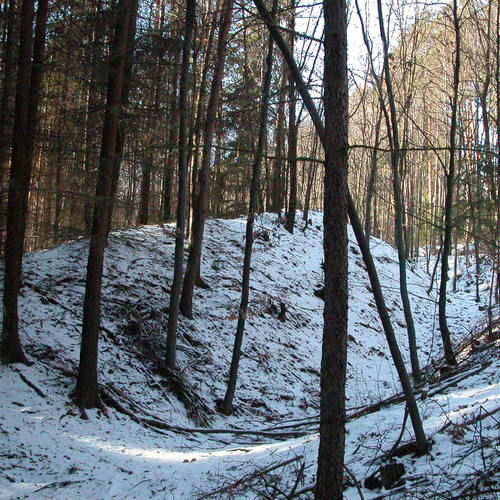 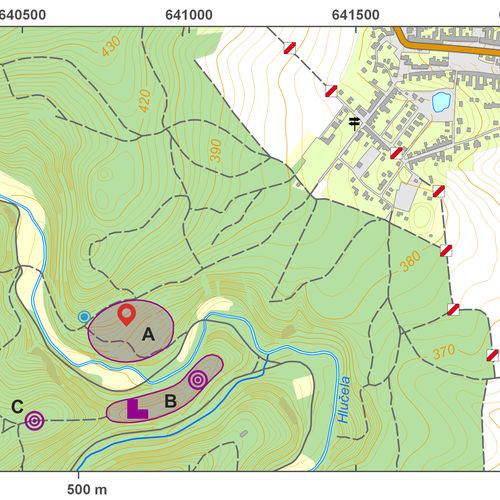 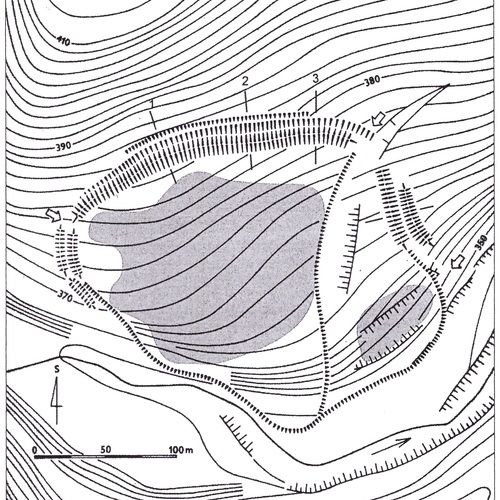