Levý Hradec hillfort. Acropolis with the church of St. Clement.

The Early Medieval hillfort called ‘Levý Hradec’ was a major Přemyslid centre and the venue for several historical events. In the 880s, Prince Bořivoj I had the first Christian church in Bohemia built there – the Church of St Clement; furthermore, St Adalbert was elected here as the second bishop of Prague in 982. The hillfort, comprising two to three separate areas (an acropolis and one or two baileys), was fortified with a wood and earth rampart with a frontal stone screen wall, a ditch and a palisade. In the vicinity of ‘Levý Hradec’ several cemeteries were located that have been partly excavated so far. The importance of the hillfort declined during the 11th century, and in the 13th century a village was built at the site. 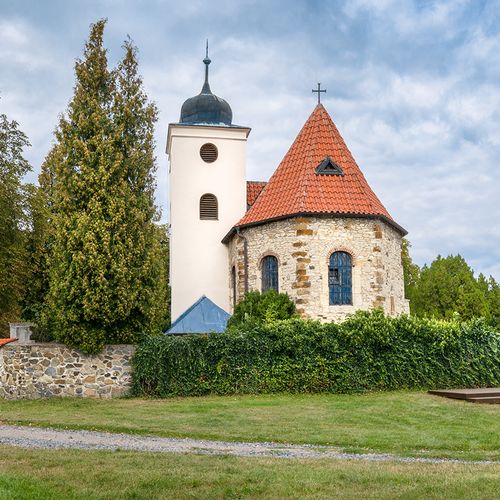 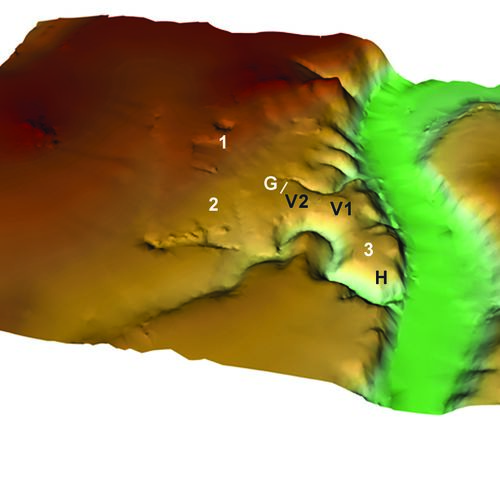 Surface model of the Moldau River valley, the hillfort in...
After Geo-CZ. 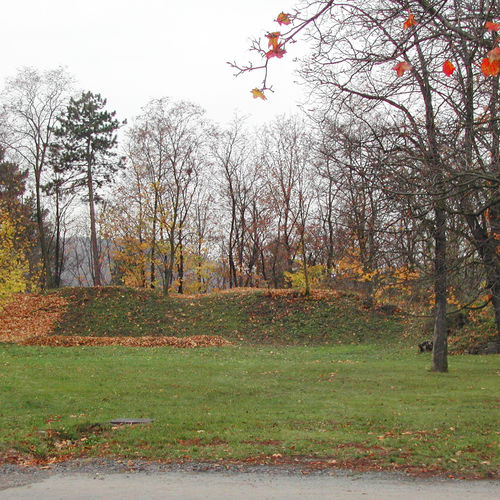 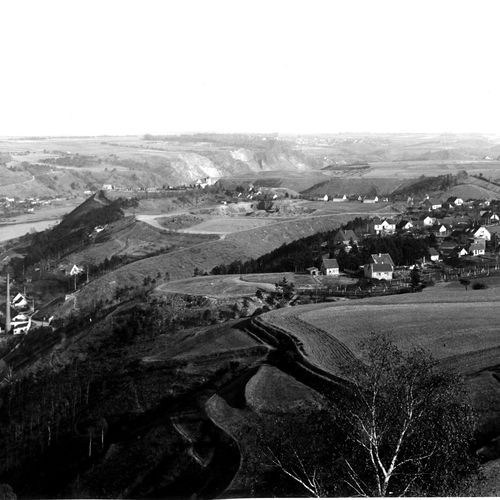 View of the hillfort in times of I. Borkovský's excavatio...
Archives of the IoA. 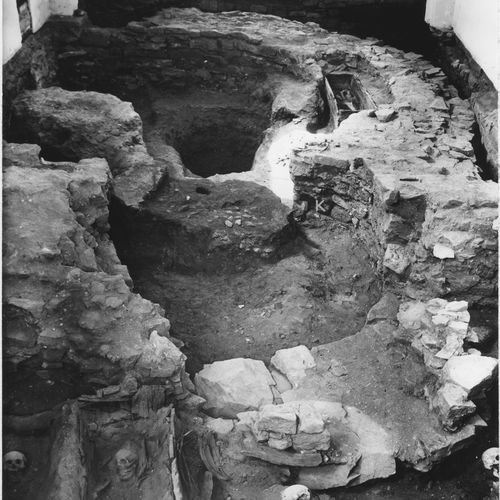 St Clement rotunda beneath the modern church on the hillf...
Archives of the IoA, FT-2961. 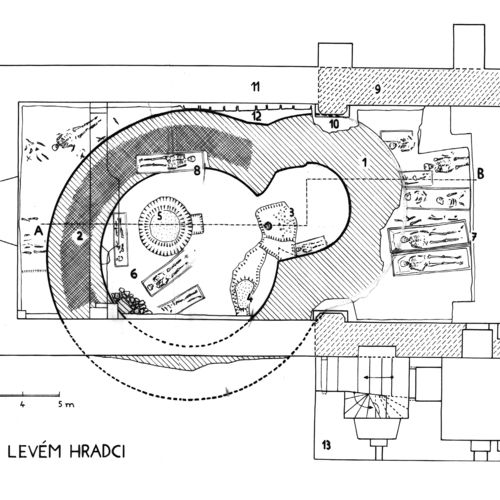 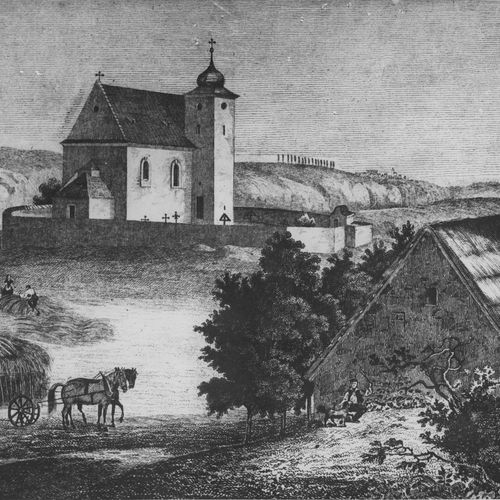 19th century engraving depicting the church of St Clement.
Archives of the IoA. 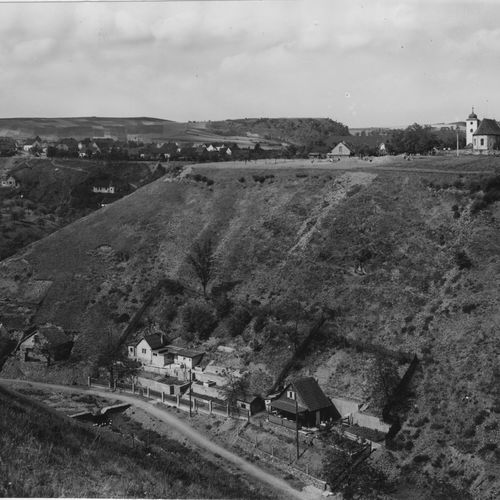 Acropolis of the hillfort on a photograph from the 1940s...
Archives of the IoA. 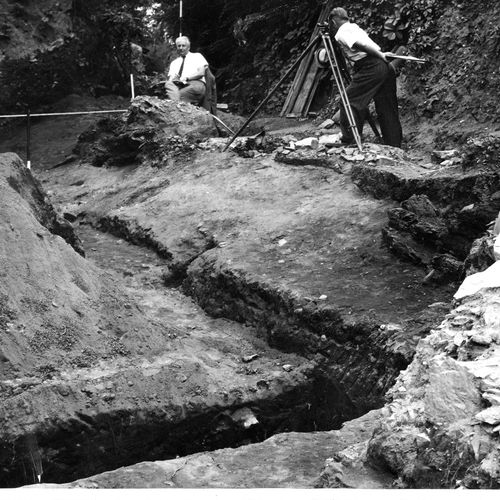 Ivan Borkovský during archaeological excavations of the a...
Archives of the IoA. 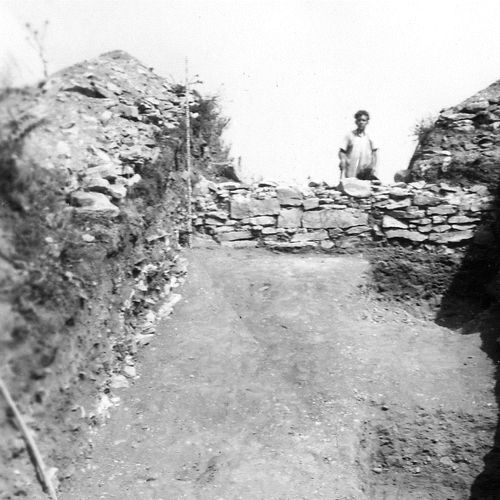 Outer screen wall of the fortification during 1940s excav...
Archives of the IoA. 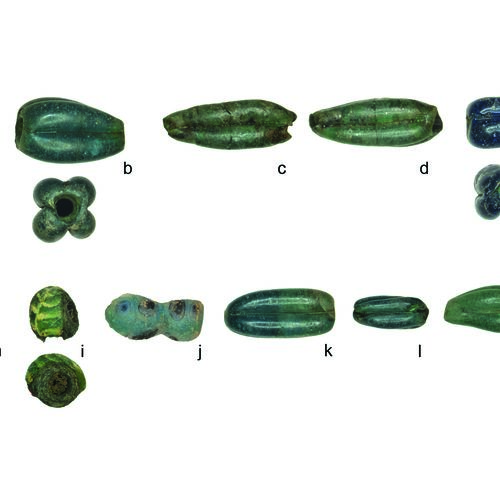 Neckles made of glass beads from one of Early Medieval gr...
Photo K. Tomková, 2014. 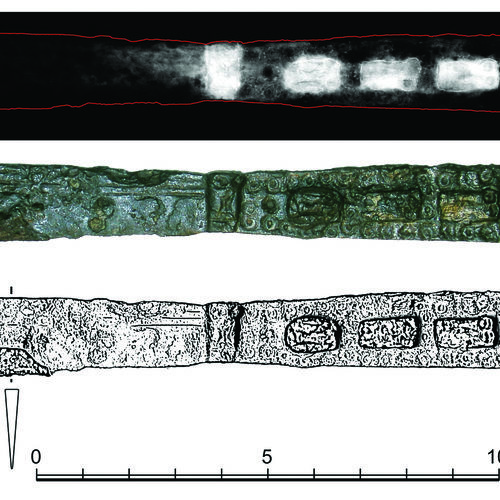 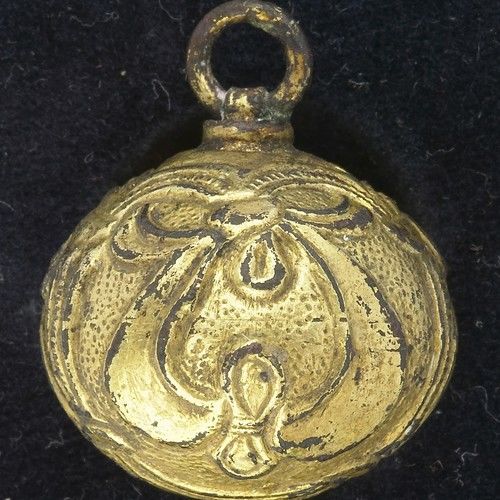 Map notes: A – acropolis; B – bailey; C – probable second bailey; D – the ‘Ve Vikouši’ ravine between the acropolis and the first bailey; E–F – Early Medieval cemeteries excavated in the clay pit during the first half of the 20th century; G – Early Medieval cemetery in the ‘Na Panenské’ site investigated in 2003-2011; H – prehistoric ‘Řivnáč’ culture hilltop settlement. Map symbols are available in the Downloads section. 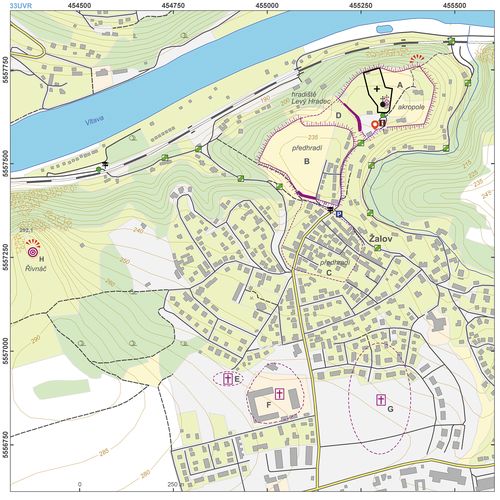