View from the hillfort on bank lines; hills of České středohoří in the background.

An Early Medieval hillfort described in the Chronicle of the Czechs by Cosmas of Prague (12th century) as the residence of Vlastislav, Prince of the ‘Lučané’ tribe. According to the chronicle, the hillfort was already an important centre during the ‘Lucká’ War, an event connected to the mythical past of the Czech tribe prior the end of the 9th century, when the written history of Bohemia begins. Archaeological excavations at the site have not, however, discovered any finds dating prior to the second half of the 9th century. Along with other centres in northwest Bohemia, the hillfort of Vlastislav probably served as a defensive foothold against Saxony or rival rulers in the Bělá River region. From the 10th century onwards, the settlement was fortified by a wood and earth rampart with a frontal stone screen wall; the interior of the hillfort was also divided by additional banks. Results of archaeological excavations suggest that the outer part of the hillfort may have atypically play the central role. 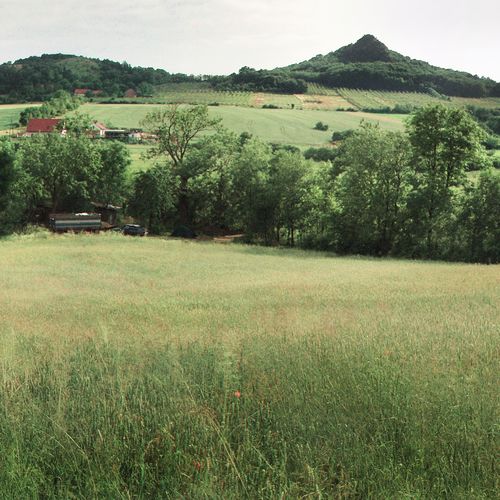 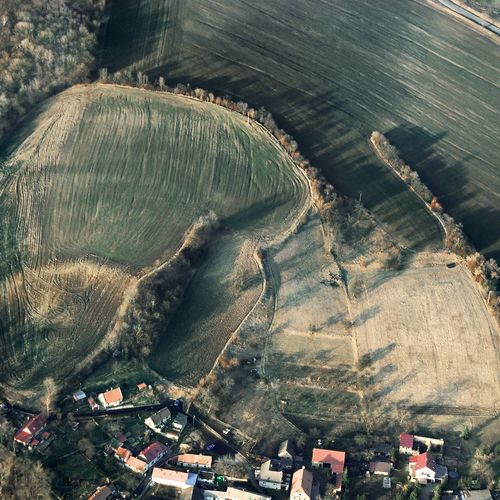 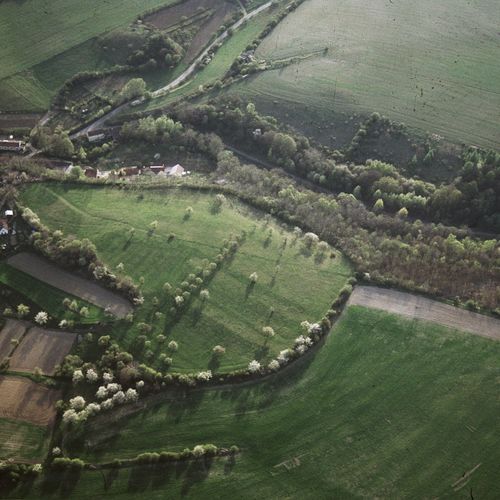 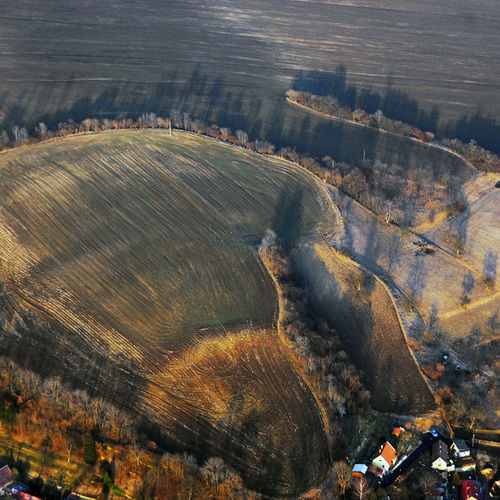 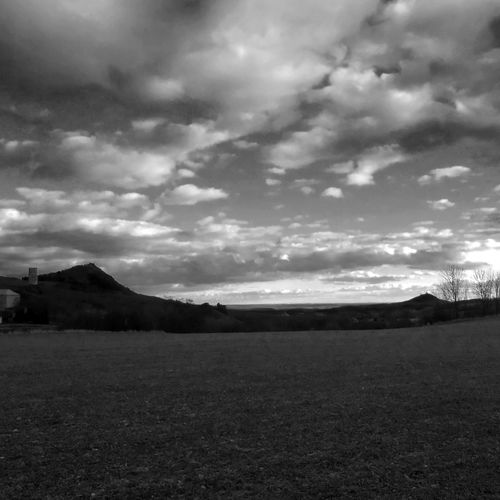 View from the hillfort across the Eger valley.
Photo J. Mařík, 2013. 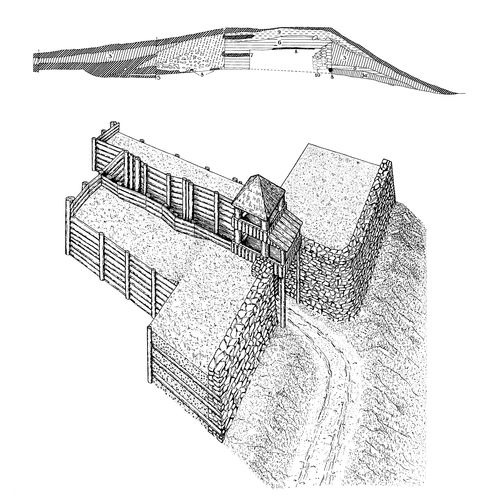 Reconstruction of fortification in the area of gate leadi...
After Váňa 1968.

Map notes: A–C – outer, middle and inner parts of the hillfort; D – location of a gate. Map symbols are available in the Downloads section. 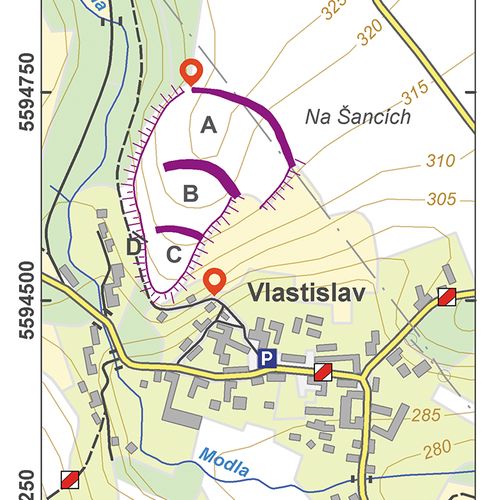 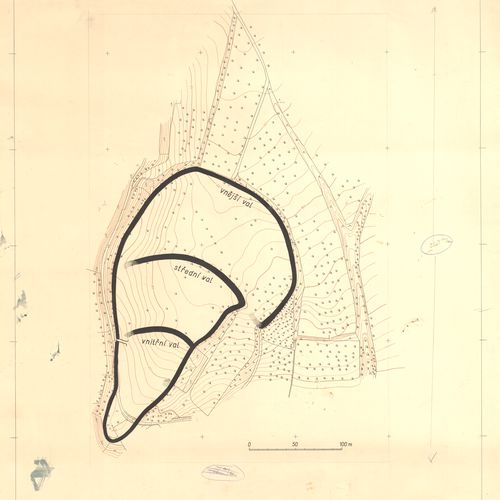