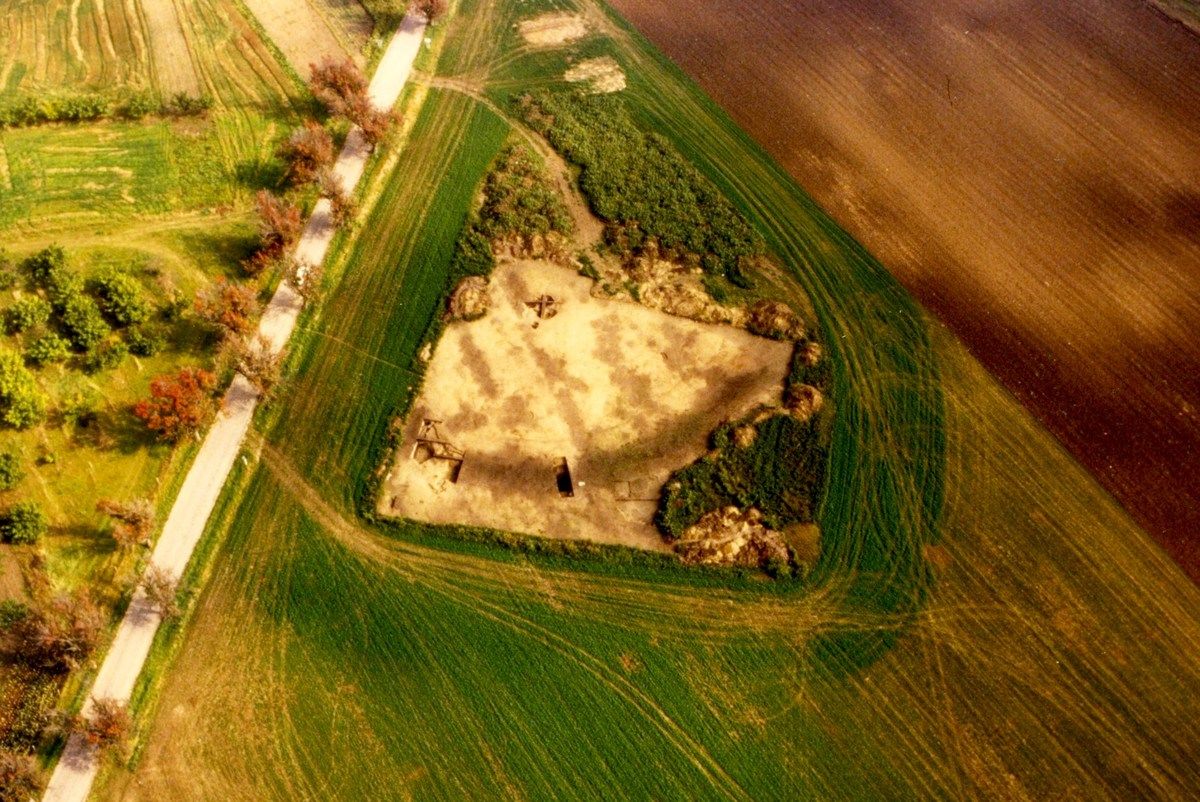 Aerial view of the unearthed parts of the roundel of the Moravian Painted Ware culture from the south-west.

The vast Neolithic area of Široká u lesa has been systematically studied by archaeology. It is composed of a fortified settlement, a cemetery and a cult area of interregional importance. The first discoveries were made already in the 19th century, the systematic excavation started in the 2nd half of the 20th century. The whole 14-ha site stretches over the Široká u lesa and Za Dvorem fields. A dozen of longhouses, construction pits and numerous pottery kilns are attested from the early Linear Pottery culture onwards. In the following period, the whole settlement was encircled with a ditch interrupted by two entrances. A later excavation showed that this was a roundel with four entrances, and south of it, another roundel-like feature was discovered yet. A cemetery with 96 skeletal graves appeared north of the settled area. The number of dead bodies counts it among the largest in Central Europe. The area is not detectable in the landscape anymore; an idea may be gained only from the visualization and map. 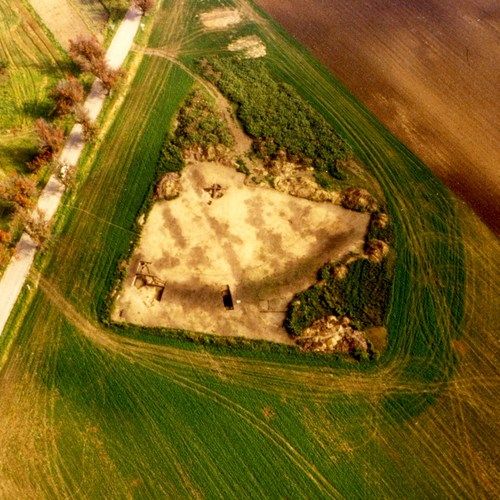 Aerial view of the unearthed parts of the roundel of the ...
Photo J. Kovárník, 1990s. 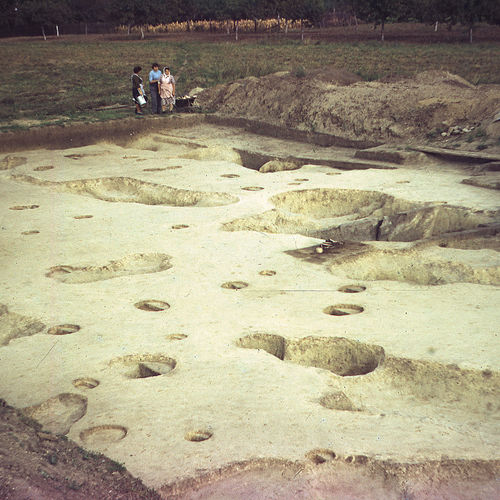 Map notes: A – enclosed settlement area; B – gateway to the south-western part of the area; C – gateway in the south-eastern corner of the fortification; D – ditch; E – roundel-like feature; F – cemetery. Map symbols are available in the Downloads section. 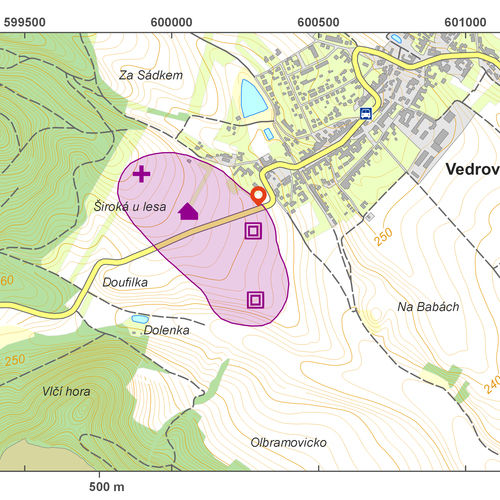 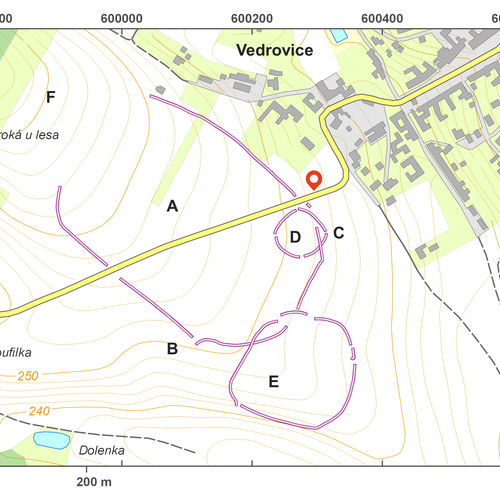