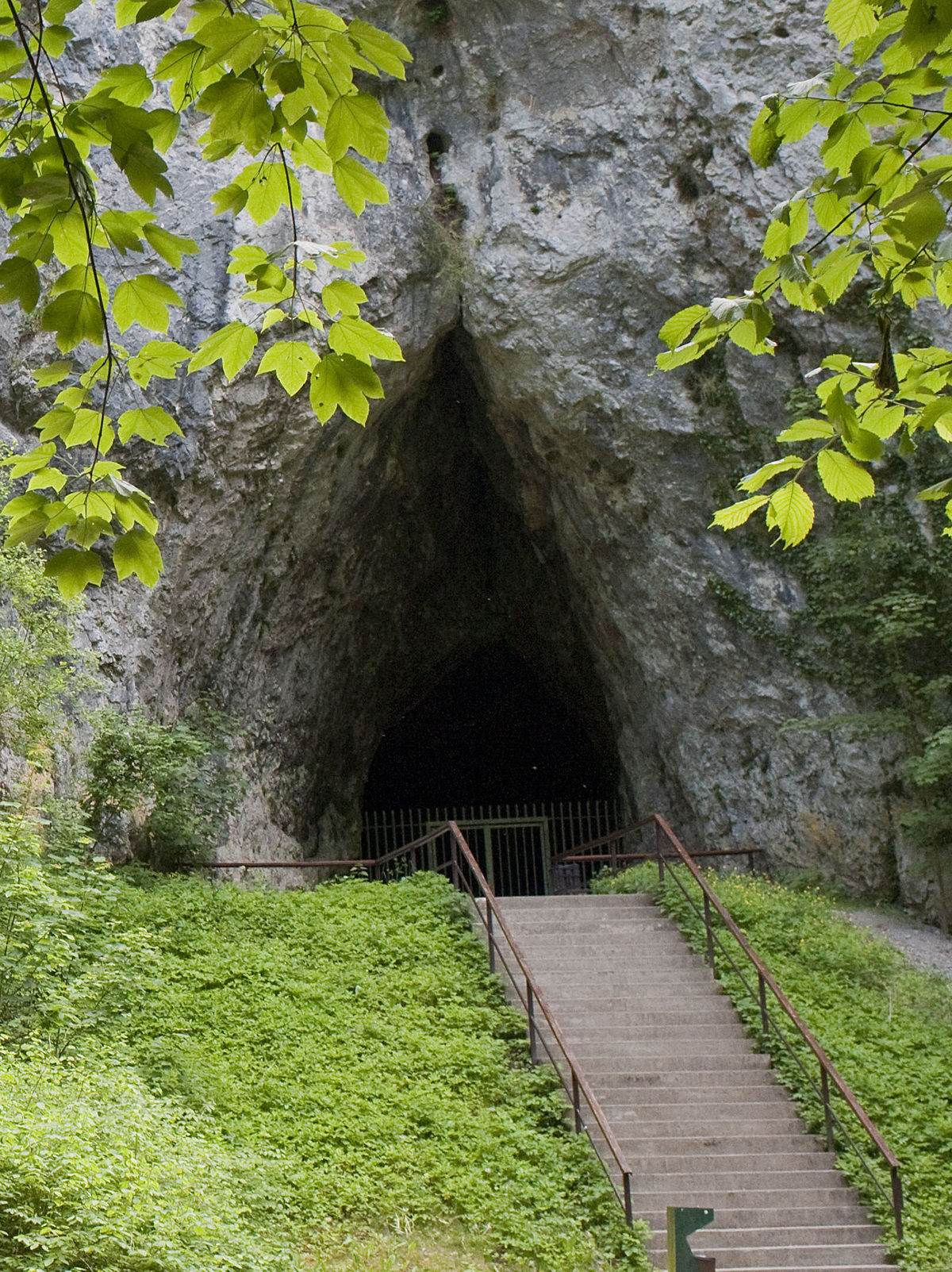 Kateřinská (“Catherine”) Cave is situated in the southern part of the Suchý žleb (“dry gully”) karst canyon. Its prominent portal lies comparatively low above the surface of the canyon facing south-west. The remains of the settlement were mainly found in the entrance a and come from the Upper Palaeolithic (Magdalenian), the Early and Late Neolithic (Linear Pottery and Lengyel cultures), the Early Iron Age (Hallstatt and Horákov cultures) and the Middle Ages. However, the most important find is a charcoal drawing in the corridor Ledová chodba (“ice passage”), which was radiocarbon dated in 2019 to approximately 6,200 BP, so it can be attributed to the Neolithic. These are the oldest charcoal traces found in a cave on the territory of the Czech Republic. Apart from Ledová chodba, Hlavní dóm (“main dome”) should be mentioned, which is the third-largest karst chamber in the Czech Republic and is frequently used for concerts due to its perfect acoustics. 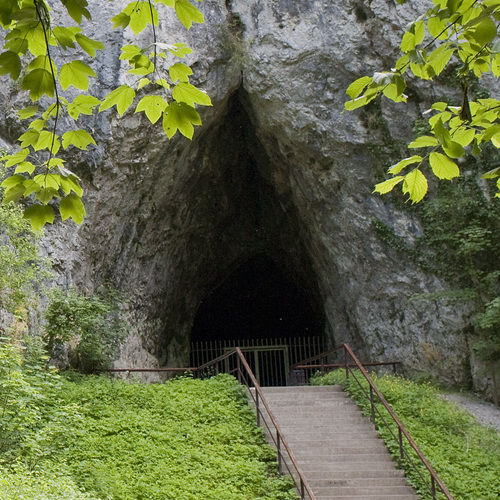 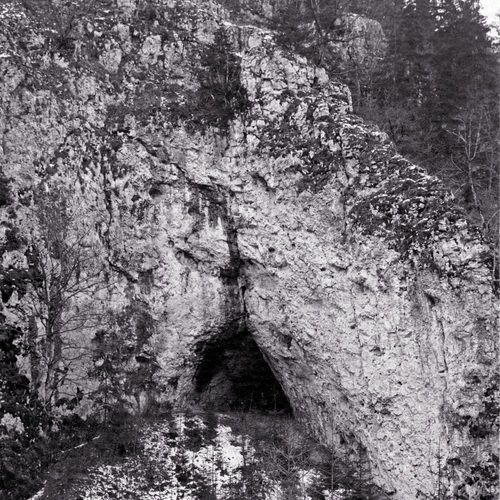 Historical view of the rock massif with the portal of Kat...
Photo K. Absolon, beginning of the 20th cent. 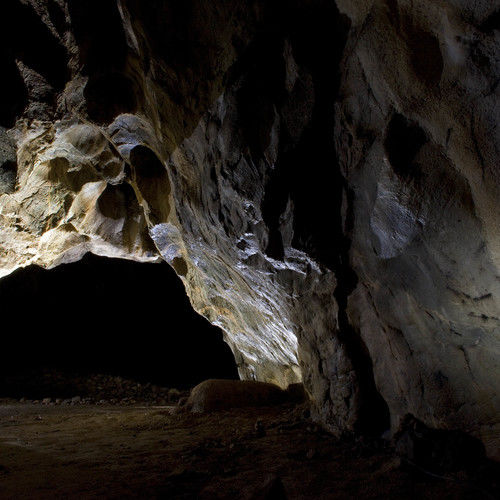 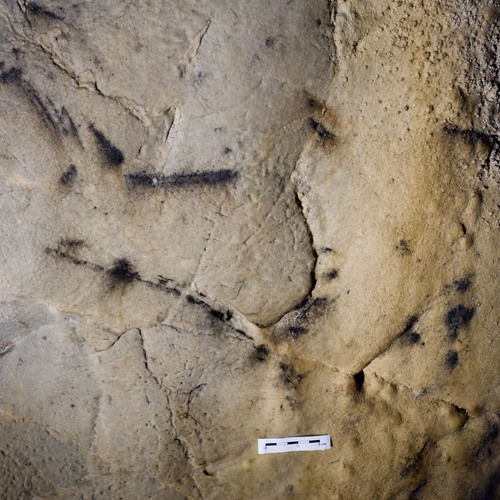 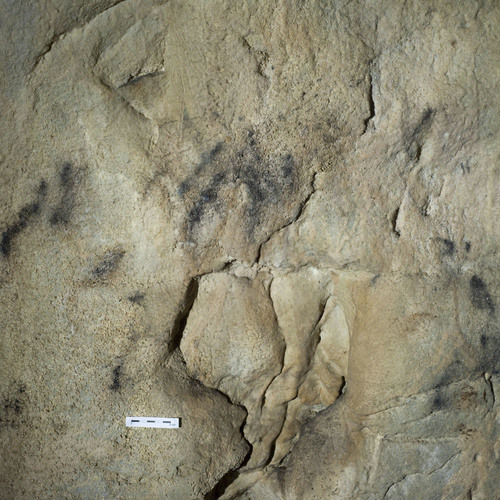 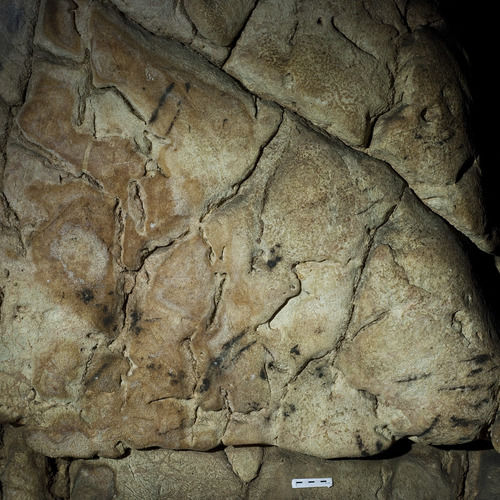 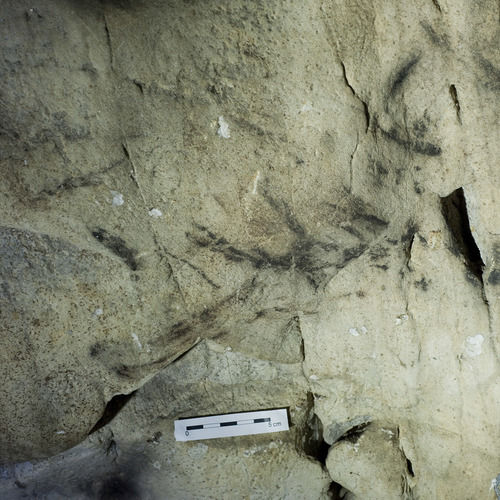 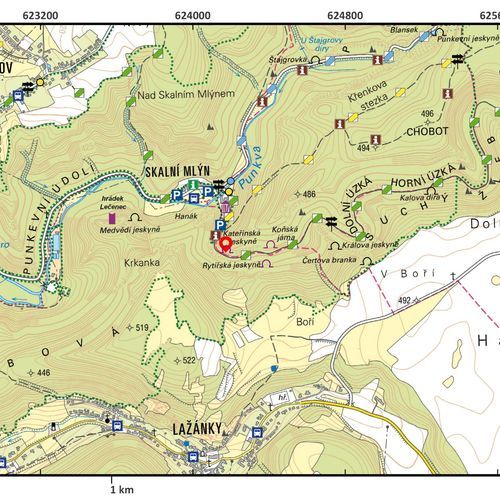