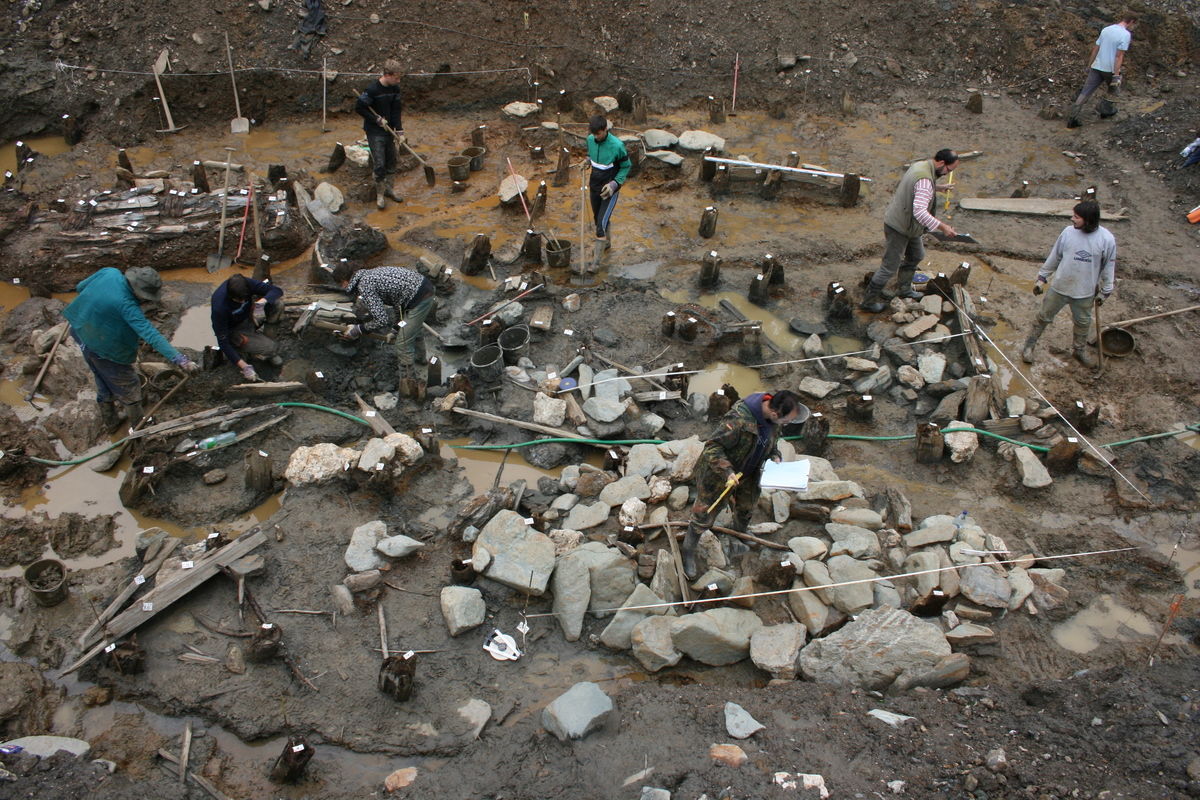 Archaeological excavation conducted in 2014 in the course of the construction of an extension to the Holzberg guest house.

It is the relics of mining in the ore deposits of Andělská hora from the 1st half of the 13th century that make Suchá Rudná an important site. The first activity was surface mining concentrated on a site called Rozsypy (slag heaps) and on the weathered upper parts of mineralized layers. The extracted gold-bearing material was then processed in a gold sluice. The traces of mining in Suchá Rudná are preserved as depressions in the ground. The forested surroundings have also preserved remains of the processing facilities, such as water canals, tanks, numerous heaps and slag heaps. The largest concentration can be observed at the peak of Anenský vrch and mainly in the areas of Hlásky and Vysoké. In 2014, a rescue excavation had to be undertaken in Suchá Rudná in the course of the construction of a guest house, and it yielded wooden constructions of the processing site. In addition, spatulas and fragments of large wooden vessels for the manipulation with the raw material were found attesting the extraordinary importance of this site. 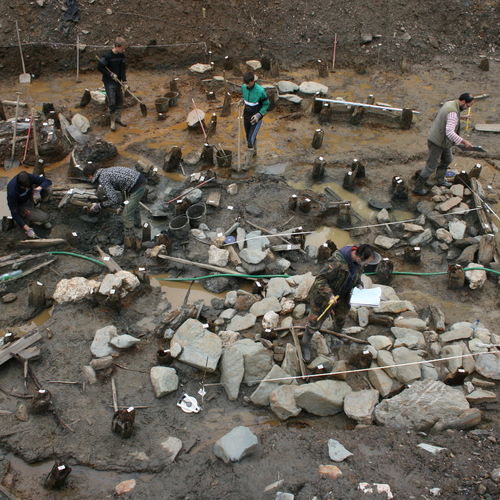 Archaeological excavation conducted in 2014 in the course...
Photo P. Malík. 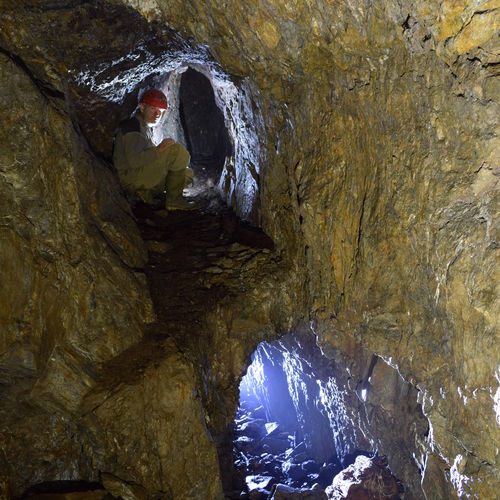 Subdivision of the Pochbusch deposits, mine corridors.
Photo T. Machač. 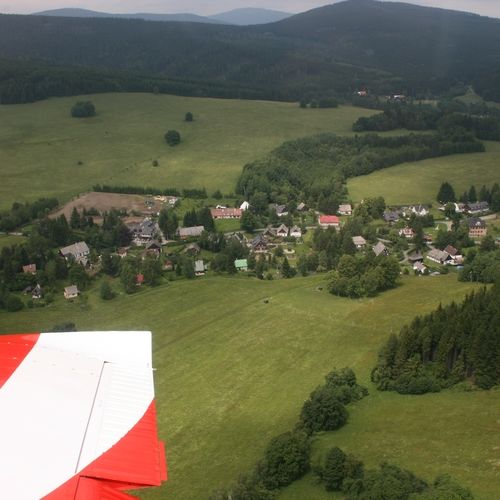 Aerial view of the municipality with traces of mining act...
Photo T. Ott. 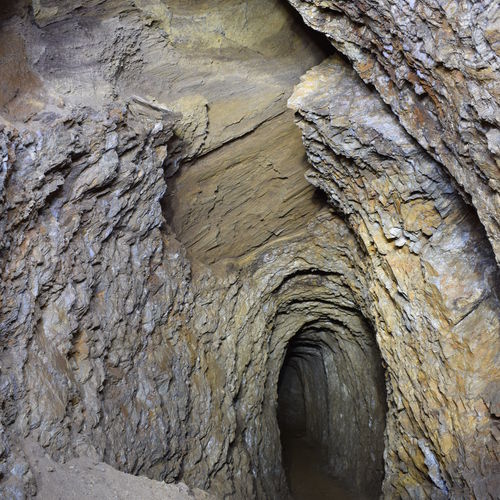 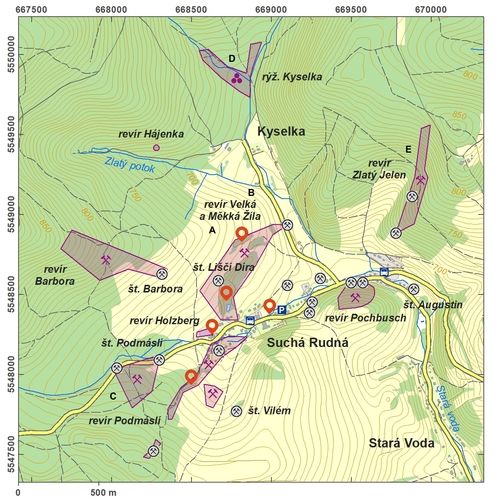 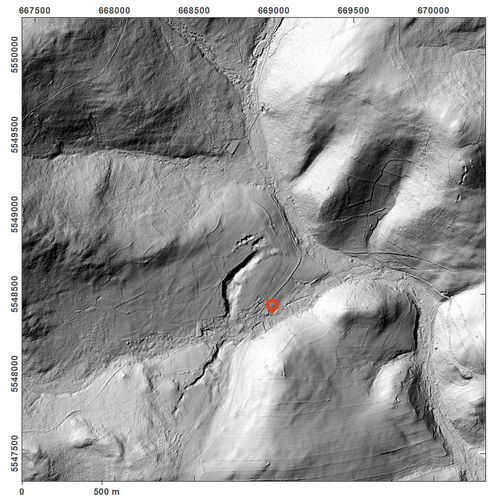