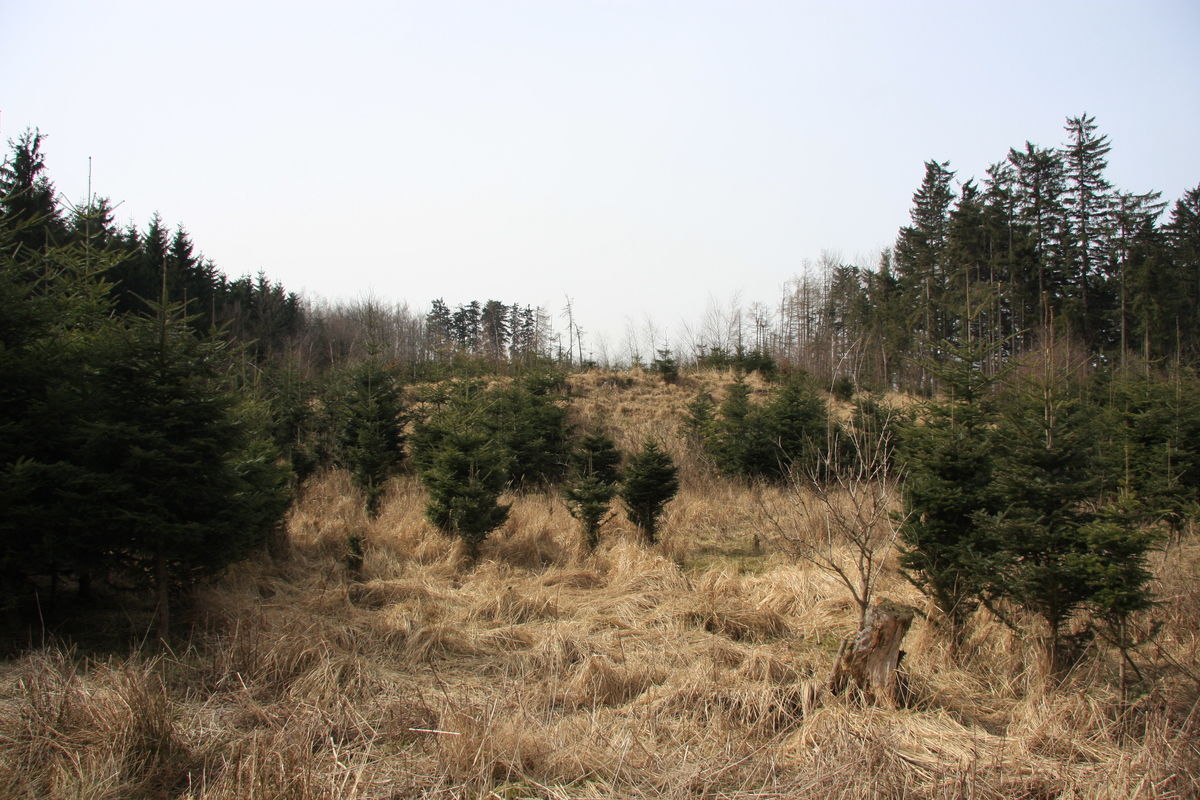 Overall view of the remains of the fortress from the south.

The deserted medieval village of Dašovice and its intact fortified manor represent a complex seat of the minor gentry including both a residence and farm buildings. The village was first mentioned in 1353; in 1504, it was explicitly referred to as deserted. As of now, only a few traces of the village are preserved showing pits on the surface. The village is arranged around a lenticular village green with a well in the middle. From later modifications, two still extant water mills are preserved. The north-west edge of the village is closed up by the manor fortification with still marked traces in the ground. We can clearly see a rectangular area surrounded by a moat and circular earthwork. The manor area is covered with shrubs and young trees. A lookout tower with a view of the whole area of the deserted village was installed on the peak called Mařenka. 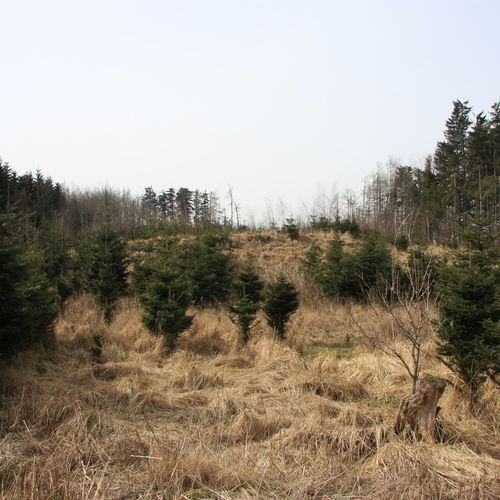 Overall view of the remains of the fortress from the south.
Photo P. Macků, 2015. 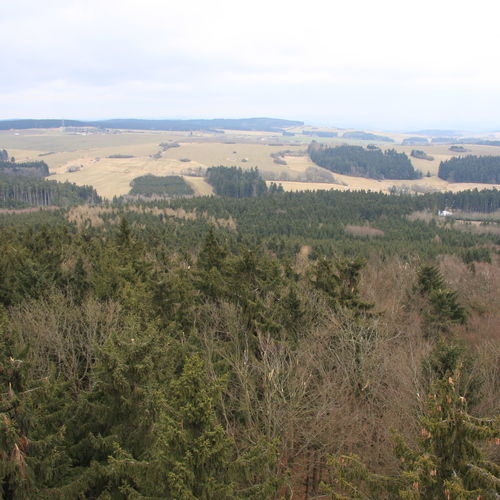 View from the Mařenka outlook tower towards the north.
Photo P. Macků, 2015. 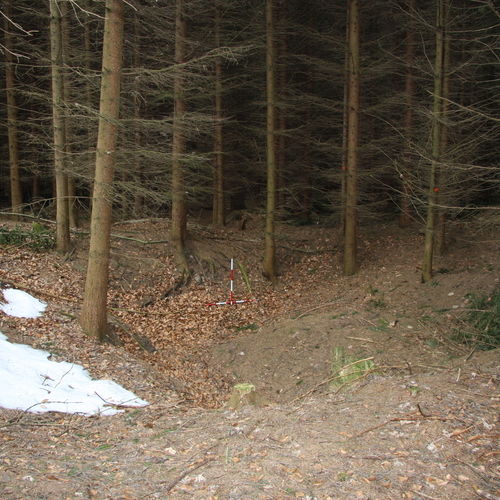 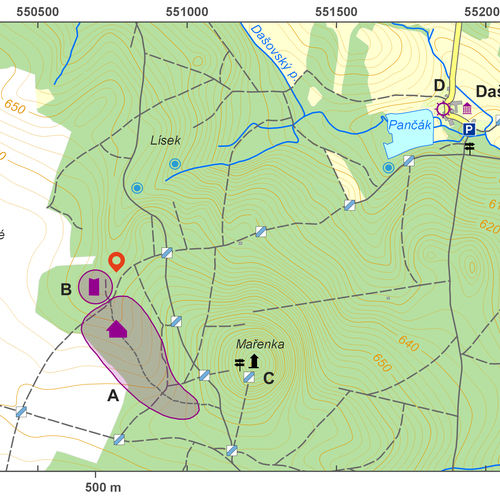 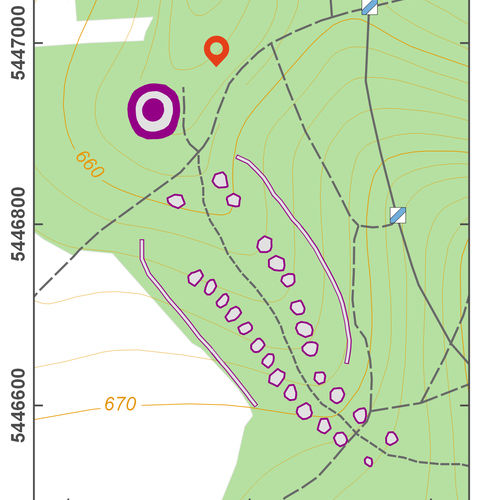